A tangle of mysteries and lies gradually unravels revealing the lengths creative people will go to for their authenticity in the new meta whodunnit thriller The Translators from French film director Regis Roinsard.

Is creativity a profitable commodity? This is the question asked by The Translators, a film that looks to expose the dark side of the book publishing industry through the guise of a classic whodunnit story arc. Except, instead of murder, the film’s conflict is more around the price of milking a creative product in a capitalist society, and the ripple effect of people pushing against that narrow-minded, money-making agenda.

However, The Translators is still very much an entertaining edge-of-you-seat thriller, that has all the fun twists, red herrings, and revelations that make this type of movie so engaging. I wouldn’t say the script is entirely air tight, and it’s important to go into this movie understanding this is a hyperbolic portrayal of its themes and subject. With that said, once I was immersed in its stylistic and visual flair, great acting, and unique premise, I was just as much a sucker for it as the mindless consumers it condemns. 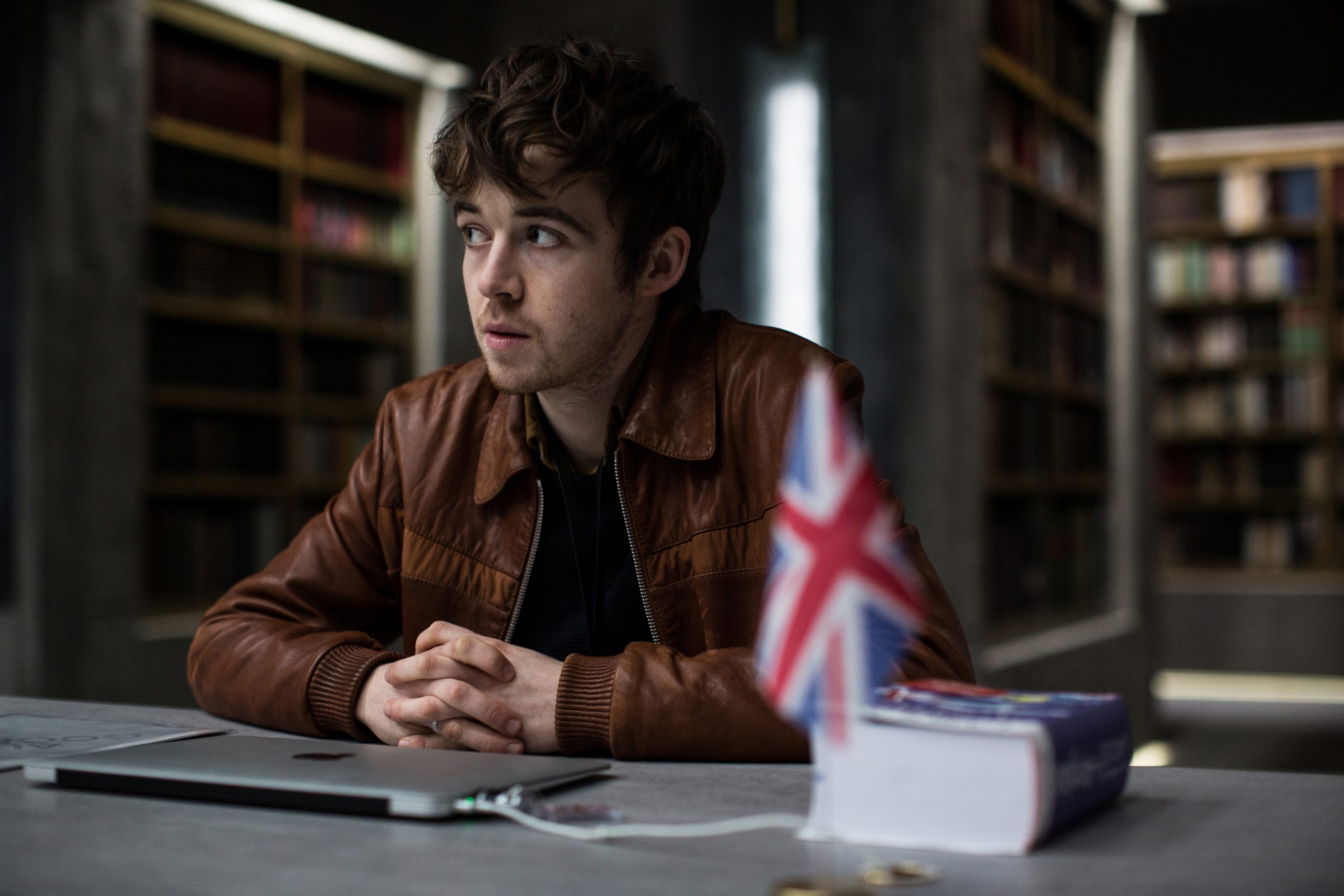 But first, the plot. The third and final book in an extremely popular French thriller series Daedalus is being released, and the publishers want to have the book’s translated versions released simultaneously worldwide to spread as wide a profit net as possible. Nine translators are chosen to undergo this task, but since the publishers are paranoid about the manuscript leaking, they are taken to a secure underground facility where they left with little other than a laptop and a gradual feed of the manuscript to work off.

It’s in this early part of the film that we are introduced to the ensemble cast. Alex Lawther makes for a captivating lead, whose blasé demeanour hides his more empathetic, calculated layers. While I also connected with Olga Kurylenko as the passionate Daedalus superfan and Frederic Chau’s charismatic stoicism, the show-stealer has to Lambert Wilson, the greedy, sociopathic book publisher. His performance walks that very fine line of being outlandishly menacing without feeling cartoony, and his unshakeable desire to benefit from Daedalus’ success is the film’s most overt commentary on corporations suffocating creativity.

As mentioned earlier, the enticing incident of The Translators isn’t someone being murdered. Instead, as the translation progresses in isolation, the early chapters of the third Daedalus book begin to mysteriously leak online. This is disastrous news for the publishers, costing them potentially in the millions, and immediately the blame is placed on one of the translators who had access to that part of the book. Now, their work environment becomes a prison, as the investigation into uncovering the leaker begins. 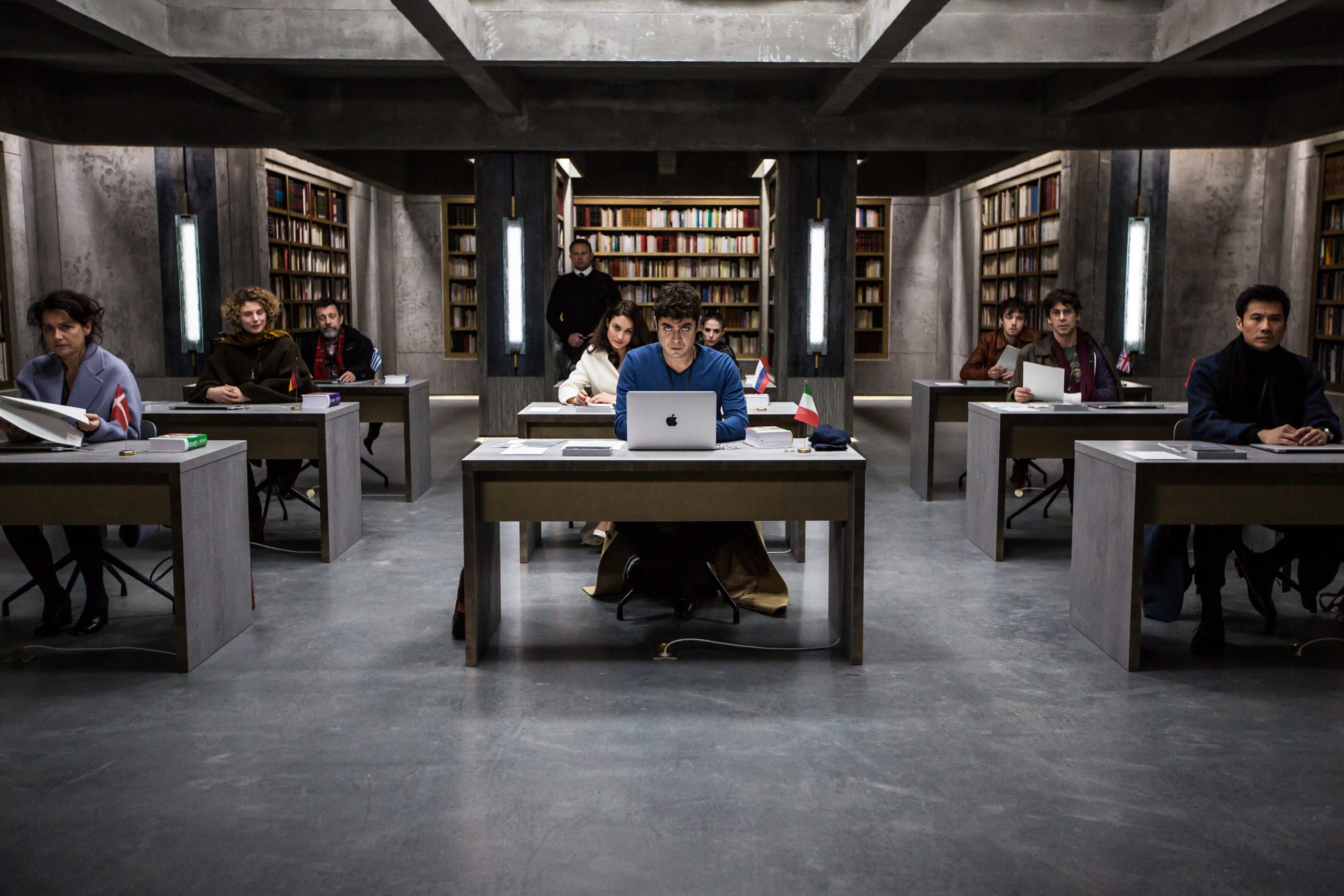 Again, this situation is clearly not to be viewed as believable, but more as an extreme representation of literally being buried by a capitalist entity. Thematic subtlety is not The Translators’ aim. Instead, it uses visual and stylistic flair to showcase its eccentric premise through gorgeous cinematography and a chilling score. This film is an aesthetic treat, even managing to extract the emotional depth from its often sterile settings.

A slightly subversive choice made by the writers was to reveal the leaker roughly halfway through the runtime. I obviously won’t spoil it here, but my initial fears of this structural decision hurting the pacing of the plot were silenced when even more questions were raised in its wake. The story is less concerned about the WHO, and more interested in the HOW and WHY, which turns out to be juicier in the long run.

With that said, while figuring out how the plan was executed and the motivations behind everything was satisfying to watch, I was left contemplating the relevance behind parts of the operation. I’ll tiptoe around any major reveals here, but I couldn’t help but think of simpler ways for the perpetrator to achieve their goal without having to go through all this effort. 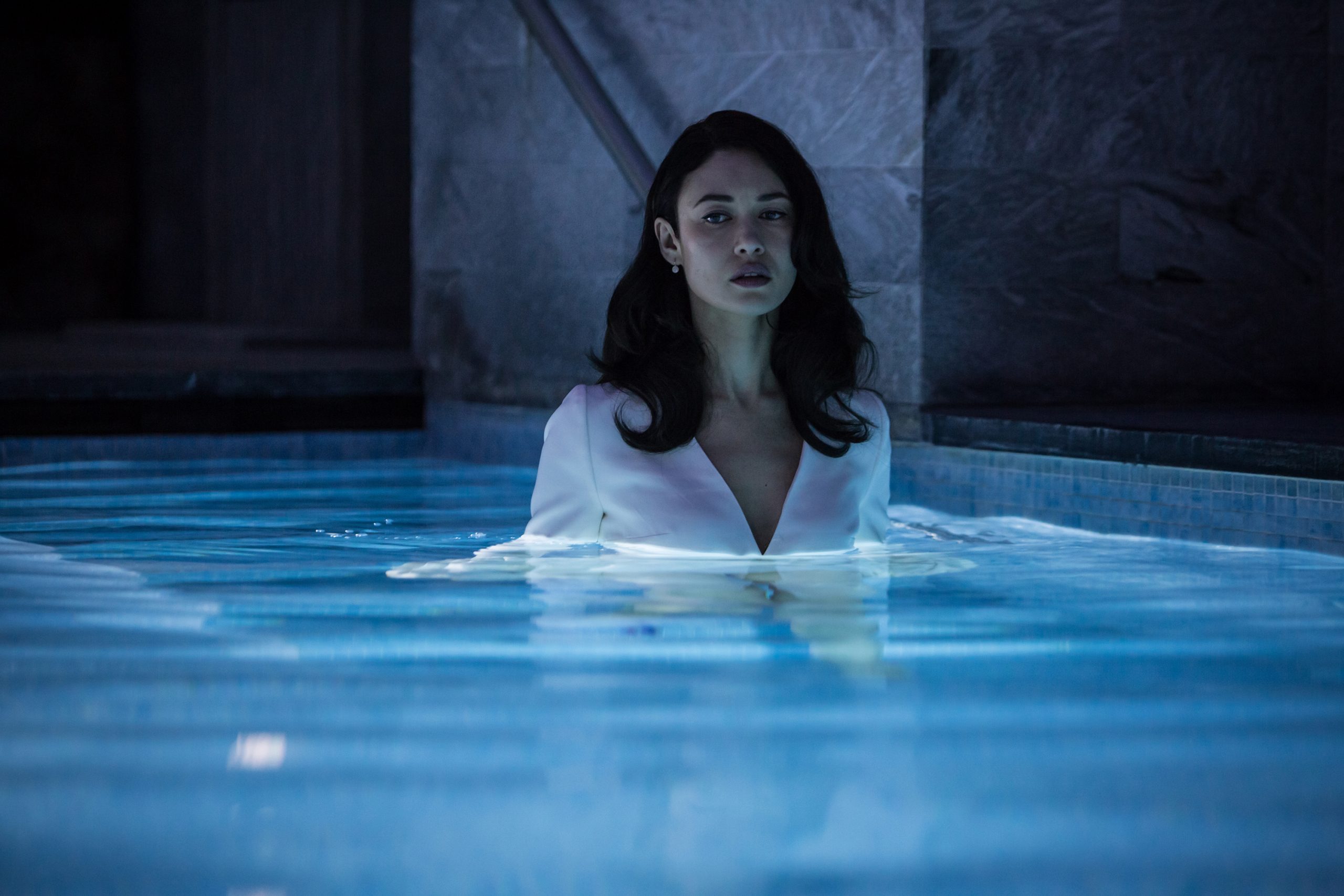 Still, I found The Translators to be a very entertaining whodunnit about life imitating art and the cost of exploiting creativity. While not every part of the story syncs up as well as it should, the strong cast of characters and immersive pacing carried me through to the credits as I hung precariously to the edge of my cinema chair. If you like a good mystery, graceful filmmaking, and people yelling in French, give this film a look.