Finding Jake is a short film about a young man who isnâ€™t afraid to take a big leap into the great pond of life.

The film is centred around eighteen year old, Jake Travers. Following his parentâ€™s divorce Jake leaves home for university, where he meets the beautiful and quirky, Lucy.

Lucy opens up a new world for Jake, allowing him to express his artistic gift, also his desire for independence and love – despite his Aspergerâ€™s.

While Finding Jake is sure to be an entertaining short film, it has aims to raise awareness about autism as well.

Finding Jake is the collaborative work of three, final year film students at the Queensland University of Technology (QUT).

Brendan Mitchell (writer), Regan Baker (producer) and Emily Easterby (director) are equally passionate about getting the film out there and spreading awareness about autism.

Easterby is particularly invested in the project. Having spent countless years with autistic children, Easterby has learnt a lot about Aspergerâ€™s and the misconceptions people seem to have about Autism. 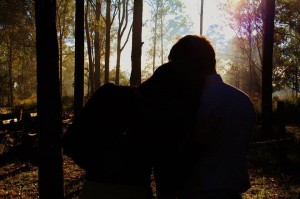 The trio have partnered with Autism Queensland to promote the work they do, as well as spread the message of their film.

Some of the profit from the film will be donated back to Autism Queensland.

Finding Jake is currently in production and plans to be released in December 2013.

For more information you can visit the Finding Jake Facebook page here.

Camilla Franks is creating fashion for a cause