FIRE WALK WITH US: Twin Peaks Returns to Brisbane

Calling all Twin Peaks fans! Electric Moon’s Musical Director James Lees talks about bringing the iconic soundtrack to life ahead of a one-off performance of FIRE WALK WITH US on 24 November at the Brisbane Powerhouse.

Electric Moon’s re-imaging of the show’s iconic soundtrack is returning to Brisbane for one night only as part of Wonderland Festival 2019. With sell-out seasons and a national tour under its belt, as well as the unofficial David Lynch seal of approval, FIRE WALK WITH US is must-see for any Twin Peaks fan.

TCI: I wanted to begin by asking about your production company, Electric Moon. What productions have you put together in the past?

James Lees: Through Electric Moon I’ve predominantly put together live music events, usually including a hand-picked band or music ensemble and  collection of singers in order to focus in on a particular album, artist or musical idea. In the past we put together a large group of Brisbane musicians and singers to perform the David Bowie album Ziggy Stardust, which we did in 2016. Similarly, we’ve done concerts based on the album Transformer by Lou Reed. In 2017 we did a show that didn’t focus on an album but focused on the early era, first sort of two or three years, of the music of Kate Bush and included songs like ‘Wuthering Heights’ and ‘Babooshka’. Again, that was a fairly large 12-piece hand-picked band with six singers in that show.

TCI: Does performing a soundtrack, as you do in Fire Walk With Us, demand a different approach to performing the work of a single artist?

JL: Yeah definitely. We’ve performed a soundtrack work once before, but very different from Twin Peaks — it was actually the soundtrack to the film Hedwig and the Angry Inch, which is kind of punk-glam rock and roll. We performed that in a show that also featured the 15th anniversary screening of the film, so we played the film and then a band climbed on stage and we played most of the soundtrack in order as a concert.

When it comes to Twin Peaks, we’re not performing the original soundtrack album in its original form. We’re performing a mixtape of music from all facets of the Twin Peaks world, which includes that first soundtrack album and also music from the subsequent series, the recent series and the film Fire Walk With Me. Further to that, our version of the music is interpreted quite a lot. A lot of the original music in that soundtrack is that dream pop, very synth-based, kind of music. While we do have some synths, we have made the music much warmer and much grittier as well by replacing a lot of the synth parts with real acoustic instruments like cellos, drums, double bass — all of that sort of thing.

TCI: Who makes up the ensemble for this production?

JL: This is a show that we have done in a couple of different formats previously. A lot of my core band from those previous versions are still with me. There’s a lot of jazz elements in the show, so I have called upon Brisbane’s cohort of young amazing jazz guns — quite a few of them are actually recent graduates of The Queensland Conservatorium.

Just to give you some names, Rohan Seekers has been with the show right from the beginning and he basically takes care of all of the keyboards; Sam Maguire plays double bass, and he’s nearly as tall as his double bass; I’ve got Lachlan Hawkins playing drums; Andrew Garten on sax, clarinet and flute which is a really key part of the show because those instruments are all over the Twin Peaks music; and I’ve got Wayne Jennings and Kathryn McKee on dual cellos. The cellos are a new addition to the show, so that’s one way among many that this new version of the show is bigger and going to be a bit different-sounding to what we’ve done before. 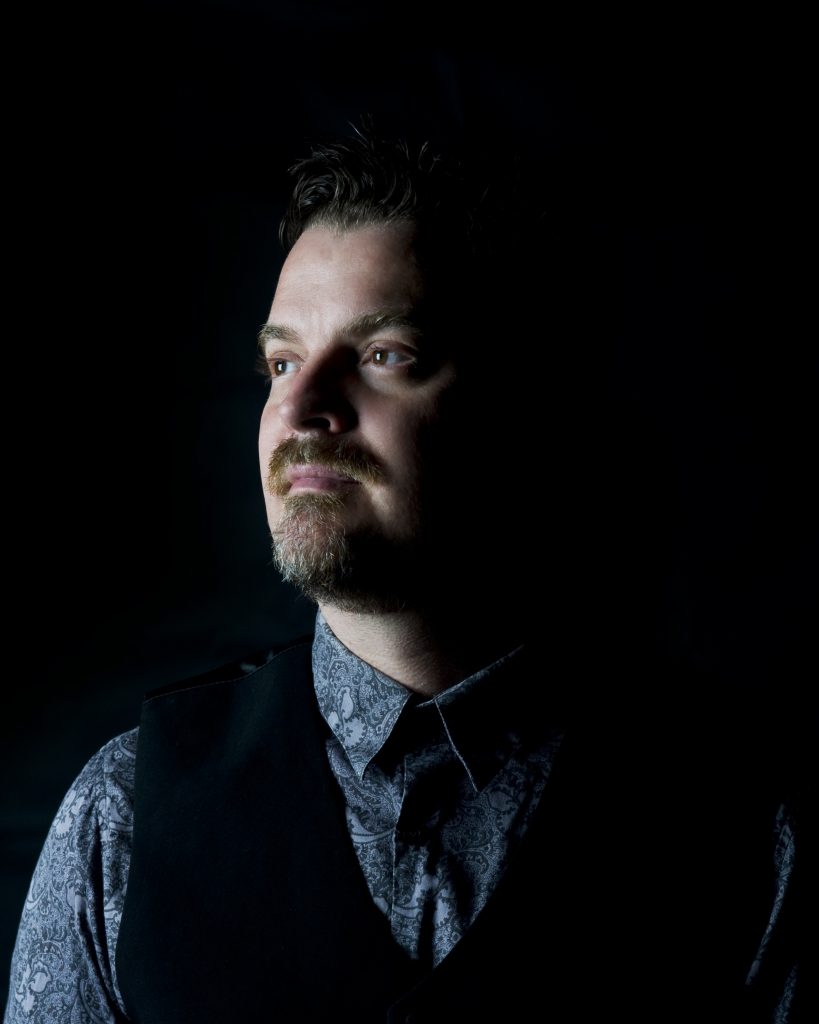 TCI: You toured this show alongside the Twin Peaks: Cast in Conversation national tour — did that experience impact your approach to the production?

JL: On a musical level probably not, but on a fanboy level absolutely. Well for a start — oh my god. It’s going to come as no shock to you that most of the people in the show are absolutely insane Twin Peaks fans like, they’ve loved it for years, like… Yeah. It’s that level. Getting to not just meet some of the key cast members, but to share a stage with them and tour and do three shows and get to know them a bit was just a total pleasure from start to finish. On top of that to find out that they were just the most lovely people… It was probably the highlight for 2018.

I guess that a couple of other nice things that came out from doing it was having some of the cast members, in particular Sheryl Lee who plays Laura Palmer herself in Twin Peaks, talk to us about what the music meant to them, especially in the early parts of the production. Way back before the first series, when David Lynch was approaching those key actors, one of the things that they were giving her in particular to build up her character was the music which had already been done. She told us the story of how a couple of key pieces of music that are in our show were part of the very beginning of her creating this role, which has then gone on and become so iconic. She found her experience of coming all the way to Australia and standing side stage watching us perform it overwhelming. Just to hear that story from her was amazing. It gave this whole new layer for us as musicians.

Additionally, we did get to have a quick Skype chat to the great David Lynch. We nearly died. He said “Thank you very much. I love what you do”. Sabrina Sutherland, the executive producer of Twin Peaks, was on that tour as well. She had been sending some of the music back to him to listen to because he was very interested in what we were doing, which was nice. Just to get that little informal David Lynch approval… That was so good. Indirectly that’s definitely made us go “We’ve gotta build on this show and keep doing this”, and taking it up to a full theatre show and adding those extra sounds and making it bigger and stronger… That was sort of the key driver for that. I’ve just fanboyed for the last three minutes. 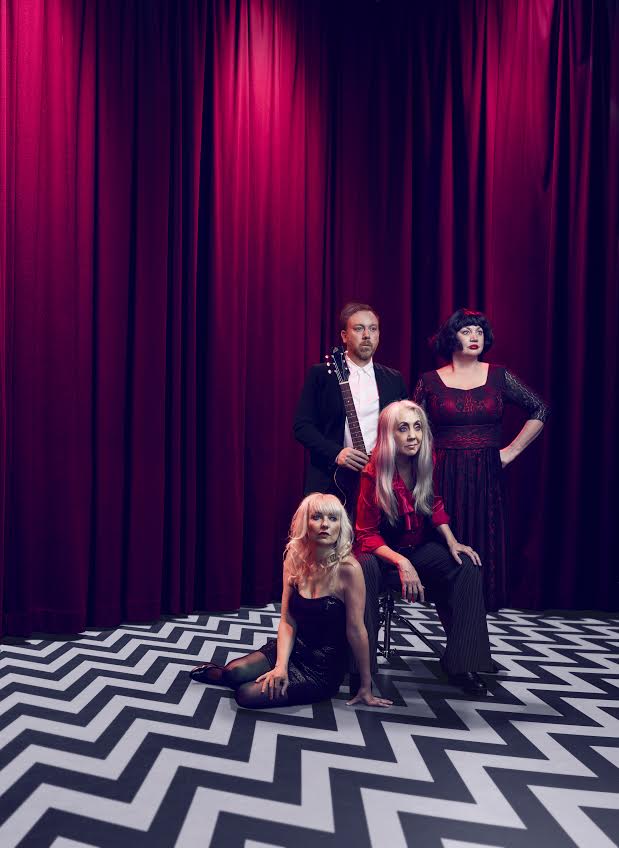 TCI: The show is billed as a “live reimagining”. What does that entail and is there a strong theatrical element to the performance?

JL: There are so many fantastic pieces of music in the Twin Peaks musical world and I kind of wanted to fit in as many of them as possible. There are two pieces of music at the heart of the musical world of Twin Peaks. One is the song ‘Falling’, and the other one is ‘Laura’s Theme’. Both of those songs are kind of mirror images of each other musically and in terms of their key. They weirdly fit together like two sides in the mirror, and a lot of the other pieces of music in the show come from that DNA, so you can take bits of songs and shove them on to other songs and they work.

I have sort of surgically gone in and taken a little bit from here, and a little bit from here, and pushed things together to make our own hybrid versions of some of the songs. Even though we’ll play ‘Laura’s theme’, it’ll be ‘Laura’s Theme’ that will do something else at some point. We’ve definitely live remixed it like that a lot. We’ve pushed and pulled songs, we’ve extended some songs, we’ve added a few bits to some other songs… So, you know, very recognisable but then always, I think especially for the fans who know the music really well, there will be lots of moments where they go “Oh, they’re doing this”, or, “Oh they’ve changed this”. I hope those moments will be really satisfying for the audience. You might’ve always wanted to hear just a slightly longer version of that song or something different, so we’ve done that to many of the pieces.

It’s not a piece of theatre, but it is music presented theatrically. The music creates a spell, and so to our performance and our show will create a spell. Our four singers are not taking on characters dramatically from the show but at times some of them may embody some of those character traits, and some of those choices may not be quite what you think. I guess the big difference with this show from a theatrical point of view is that I’m working with this amazing lighting designer whose name is Ben Shotton. We’ve never actually had a proper lighting design for the show before, but being at the Powerhouse Theatre it’s going to have a very strong lighting design which is going to give that theatrical quality and also the ability for the audience to feel very immersed in that Twin Peaks atmosphere.

TCI: I was interested to hear your thoughts on why you think the soundtrack has experienced such an enduring popularity, particularly as Twin Peaks has rather a niche audience and it’s not the most accessible soundtrack for a mainstream audience.

JL: That’s a really good question. I think there’s a couple of really simple answers to that. One, it’s really good — the songs are beautiful. Julee Cruise’s voice I think is another one. Her voice is so recognisable, and it’s so beautiful. Out of context the music is almost new age-y at times, especially that first soundtrack, all that synth stuff. Frequently in some of the songs and when its coupled with the story and the show just that underlying horror that’s inherent in everything that is Twin Peaks. At the heart of it is a brutal murder, and more, when you start watching it. It adds this air of danger to something that is very beautiful, and so that surface of innocence and youth has this sort of horror story and tragedy right behind it, and that mixture I think and that never resolving of that either is something that I think gives it a kind of morbid fascination.

I think that’s why people love Twin Peaks, because Twin Peaks is about heart break… Especially in the third series, David Lynch just broke every fan’s heart by making it so amazing, beautiful and confounding… I could probably go on but I won’t. I guess that’s the most simple answer. It’s just got that… It’s like you can never quite grab it, you know? It’s that elusive quality.

THE DETAILS:
What: FIRE WALK WITH US: The Music of Twin Peaks
Where: Powerhouse Theatre
When: 24 November 2019
How Much: Tickets from $39
More Info: Visit the Brisbane Powerhouse website here.

Hockey Dad Get Us Hyped For Beer InCider