Guitarist Slava Grigoryan, together with ensemble Southern Cross Soloists, transported audiences across the seas to Spain and France on Sunday afternoon.

Artistic director Tania Frazer said it was a great pleasure to perform with Slava, after the concert was postponed in 2020. The QPAC concert hall held over 900 people in the audience, a record-breaking number for SXS.

There were some last minute changes to the lineup, due to COVID-19 restrictions in Melbourne. Blair Harris and Clara Blackwood were unable to travel to Brisbane, so cellist Karol Kowalik and horn player Nick Mooney filled in.

The concert opened with Slava and the full ensemble performing works from the Spanish Baroque, by composers Santiago de Murcia and Alonso Mudarra. Spanish sounds came from Slava’s guitar, Alex Raineri on the harpsichord and Tania on castanets, evoking images of flamenco dancers.

Then, we shifted to France, for Debussy’s Preludes, featuring Alan Smith on violin and Alex on piano. Alan performed the melody of The Girl with the Flaxen Hair with poignant simplicity, beauty and warmth. The Gate of Wine was like a postcard from Spain, with a rocking, flamenco-inspired melody in the piano. Minstrels was quirky and humorous. 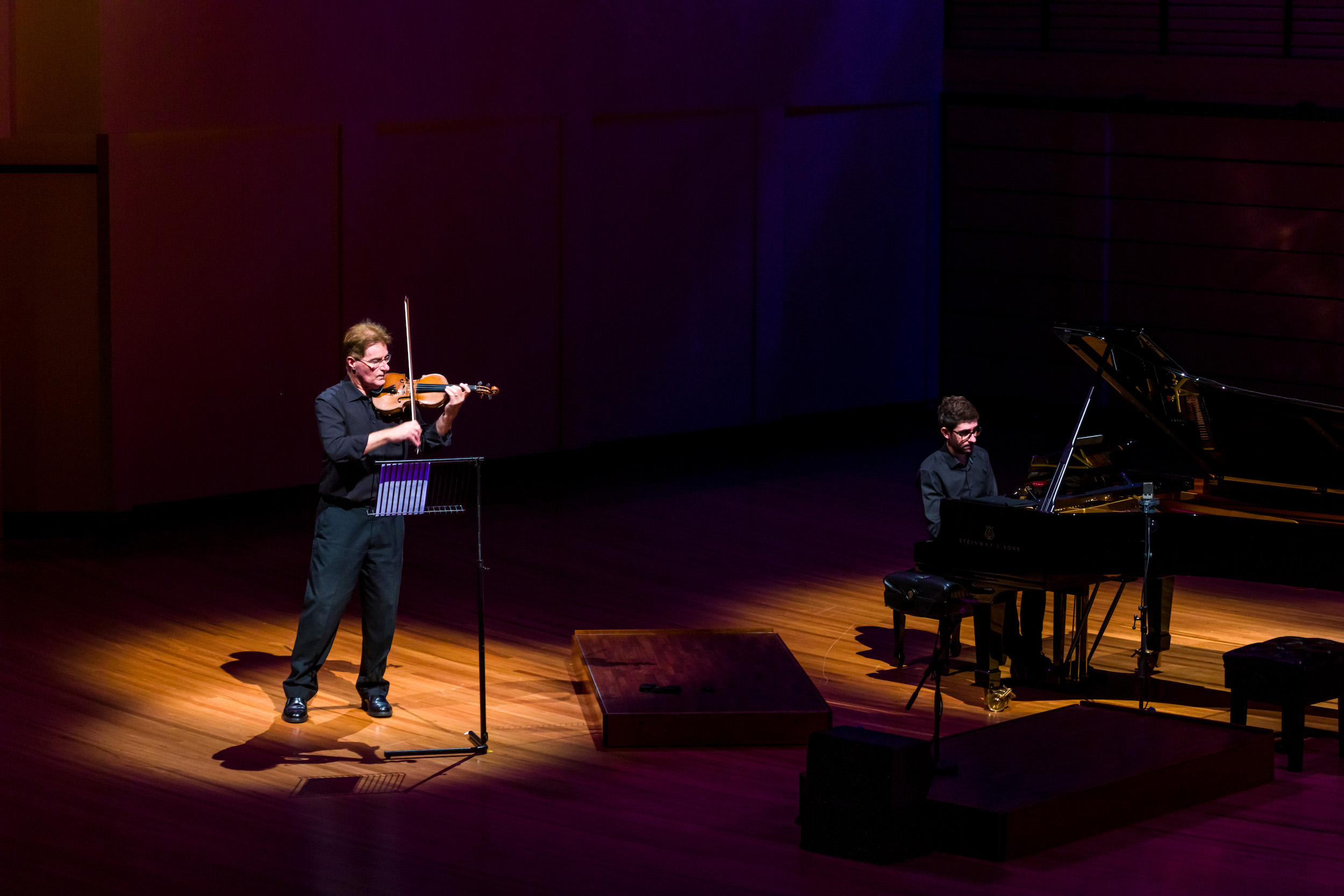 The program then visited Australian shores, with a World Premiere of Secrets, by emerging Sydney composer Natalie Nicholas. Slava and the rest of the ensemble returned to the stage for this piece. The work blurs boundaries between classical chamber music and pop or folk music, attempting to create its own genre.

Next, it was back to France for Ravel’s Piano Concerto in G Major. This was a hugely contrasting work, featuring jaunty rhythms, jazz harmonies, and glistening brilliance. The first movement was full of jazz, dance and even Spanish influences, with Alex’s hands flying across the piano. The second slower movement was simple and elegant, with the melody passing from Tania on oboe to Johnathon Henderson on flute to Nick on horn. Underneath, Alan, Karol and violist James Wannan played a gently pulsing accompaniment. The third movement returned to the earlier jazzy sound with fast, frantic passages building to a joyous conclusion. 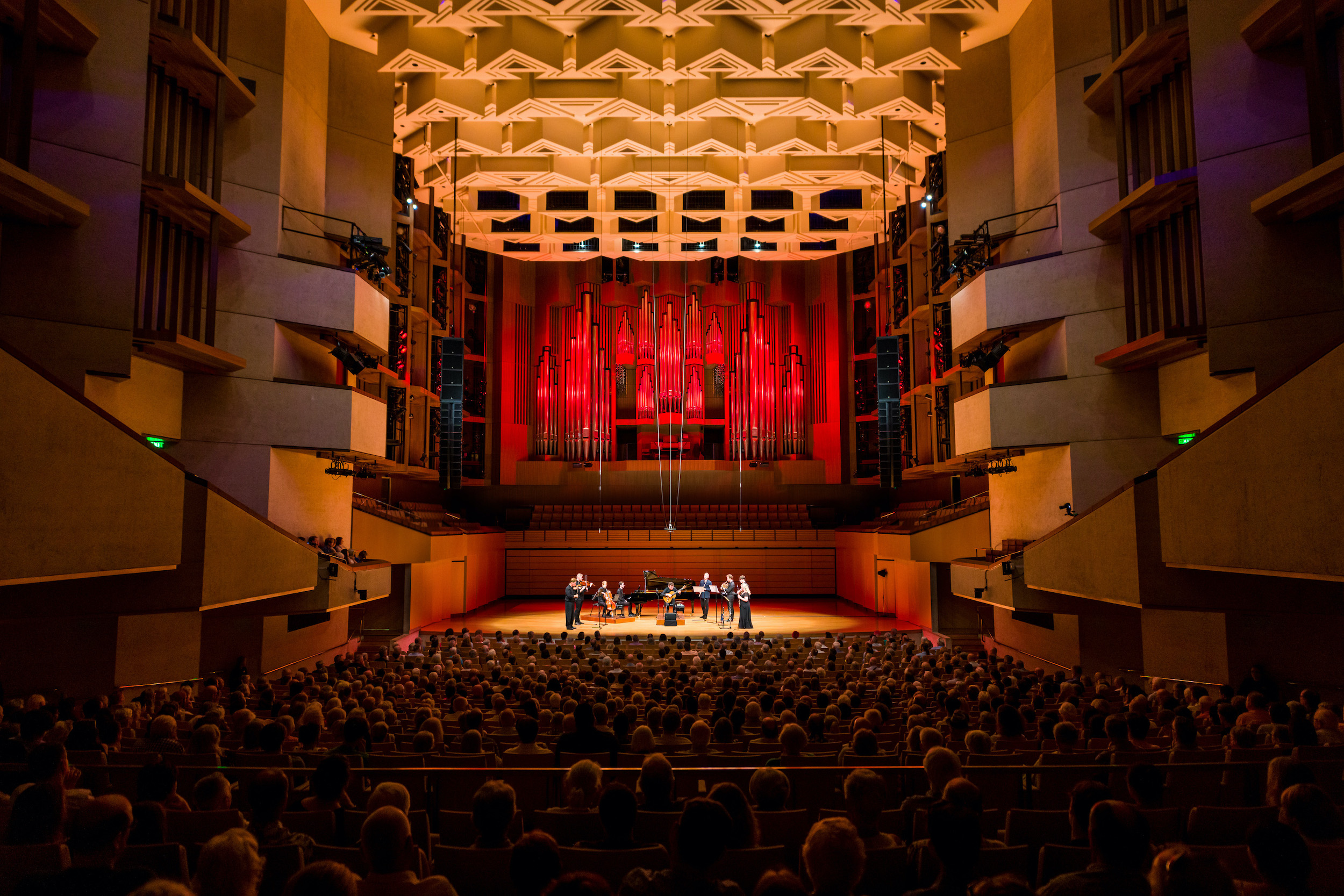 Naturally, the concert couldn’t finish without the Rodrigo guitar concerto, the most famous piece for classical guitar. Rodrigo himself said his Concierto de Aranjuez depicts the “fragrance of magnolias, the singing of birds, and the gushing of fountains”, so a musical souvenir of the Spanish city Aranjuez. Throughout this piece, Slava really came to the fore, displaying virtuosity on the guitar. In the second movement, Tania captured the hauntingly beautiful melody on cor angalis, before handing it back to Slava.