Fresh Blood gets ready to hit the stage

Vena Cava: a group of contagiously passionate creatives who not only successfully run a theatre company, but provide each other with a supportive environment that enables excellence to grow and thrive.

Fresh Blood Festival 2017 is shaping up to be the best one yet. The festival, run by QUTâ€™s Vena Cava Productions, is an entirely student run festival with exclusively student created pieces. It is a celebration of talent and a chance to get aÂ glimpse of the performers who will be on your mainstages, big screens and TV’s in the next five years.

The diverse selection of pieces performed over the three-day program promise to bring tears to your eyes, provoke deep emotions and even roaring laughter.

The Creative Issue got the chance to sit down with Andrew Barnes, the festival coordinator, and the head of marketing, Olivia Williams ahead of the festival to chat all things Vena Cava, Fresh Blood and job prospects.

The Creative Issue: Is this the first time that the Fresh Blood Festival has been put on?

Andrew Barnes: No, this festival has been around for a very long time. Vena Cava itself began in 1996 and the earliest records that we have about this festival go back to 2007. It was originally called Capillaries and Arteries, andÂ then in 2013 they changed it to Fresh Blood. From what our records show, it seems that most of them have been fairly successful, but since last year we have had a lot less support from QUT. Obviously with the displacement of our theatre, The Woodward, we have been forced to take a different approach to the company itself. We have been forced to pop out from under the shelter and go out into Brisbane, try and find venues and things, and that has been a very steep learning curve for us but also very rewarding.

TCI: Are all the performances at Fresh Blood performed and created by students?

AB: Some of them may have originated as assessment pieces but all of the pieces you will see are all created and performed by students. As is the festival. Just as all the directors, performers and creatives are students, so are the stage managers, the marketing team and operators.

TCI: What was the selection process for choosing the pieces to be included in the festival?Â

AB: The final decision came down to me as the festival co-ordinator. My job is essentially to curate the vision of the festival and we did this through an application process. We sent out full call outs to anyone that wanted to get involved and then it was a three-page application document with things like, in fifty words or less, why do you want to be involved, experiences, scripts, concepts.

Olivia Williams: Vena Cava also does throughout the year what we call the evolution program, which is like the development program. For 2017 we had three concept producers come in and they worked with industry professionals to work with students, and as part of this program you also secure a spot in Fresh Blood Fest to showcase the production that youâ€™ve been working on. 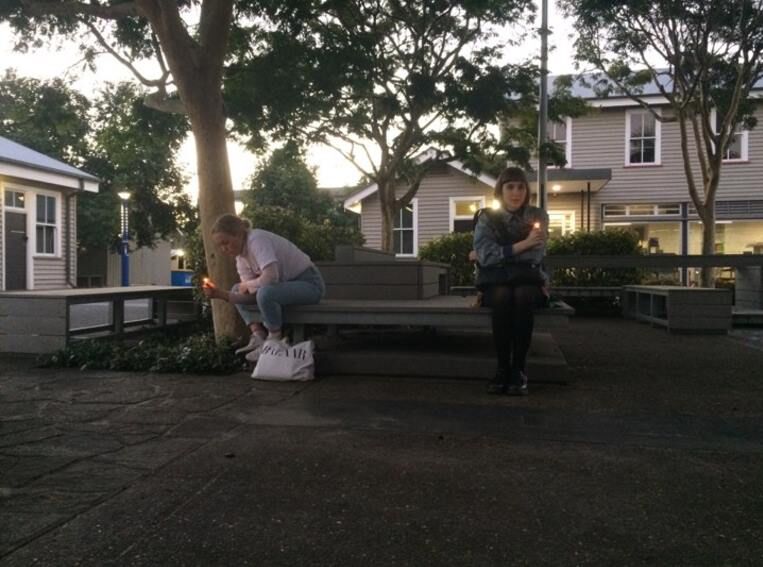 TCI: What was the vision for this yearâ€™s Fresh Blood Festival?

AB: Everyone has their own approach to creating a vision. Some years have had themes but my personal approach was more taking our student body to the industry. I think that is also really what Vena Cavaâ€™s focus has been this year as well. We are wanting to create those networking opportunities for our students and just making sure that our little drama community are out there in the community and talking to people that are going to get them jobs. I think what I have really tried to do is just mirror the realities of a festival experience but do it on a student budget and with student knowledge.

OW: That goes for the people working in the highest levels too I think. Everyone from performers, to producers, to the marketing team like myself and Andrew as co-ordinator, none of us have ever had an experience like this, but what makes this festival so special is that we do get that opportunity to have a go and be supported.

TCI: It is really amazing that you can have such real-life experience whilst you are at uni. So what can audiences expect when they come to the festival? Â

AB: It is difficult to narrow down an expectation in a few words because everyone is doing their own thing. What you are really going to find is passion and some really deeply thought out creative works that are personal and emotional. There is going to be some very raw emotion and real authentic theatre is going to come out from this festival and it is really very exciting.

OW: I think this year we definitely have some of our most diverse selection of shows. I mean, we have everything from absurdism, to a clowning show and a musical theatre cabaret. No matter what your type of art is, you will be able to find something you like in Fresh Blood. We want audiences to be able to go on (a)Â journey and be able to pick and choose what shows they want to go and see.

TCI: So as students of the creative arts I am sure you have been told many times, like I have, that I wonâ€™t get a job at the end of my degree and the future lies with science and IT, so why did you decide to still pursue it as a career? Â

AB: There is a bit of observation involved I think, but if you look at the expansion of the internet, YouTube has commodified personalities. So an actor can present themselves as an individual that is separate to themselves and make money from it. All of the social media platforms like Instagram, Facebook, YouTube all promote the fundamentals of acting in our modern media and there is no better way of perfecting these skills than to study it. And as it becomes more and more saturated just as music and film has, there will be more demand for skilled individuals to step up and create these personalities.

OW: But in reality there really isnâ€™t that many jobs in any industry and the things about the creative industries is that you can create your own jobs and opportunities. There are new positions being created each year on every single platform and that is why in our degree you learn how to self manage and create your own brand. Artists these day are their own business and I guess that is why I chose the arts, because these days the diversity of opportunities are so much more than they were ten, fifteen years ago when it was just film, television and theatre.

TCI: Yeah it is expanding everyday and I honestly think the jobs that most of us will end up doing probably donâ€™t even exist yet. Thanks so much for meeting with me guys, it is so exciting to see students doing such amazing things. Is there any final message about the festival you want our readers to know?

OW: I think it all comes down to what we, as a student run company is trying to achieve. It is about bridging that gap between tertiary education and industry by giving students an opportunity to create work in a supportive learning environment and build skills that they can then take with them into their future careers.