Talking to Gabriella Cohen is a little like eating sherbet dipped ice-cream for the first time. Rather wonderful, a little odd, and quite possibly a small revelation. The same analogy extends to her new album, Pink is The Colour of Unconditional Love. We sat down with her to chat about it.

For those not yet in the know, Gabriella Cohen is Australia’s latest indie-pop darling. She made her first splash as a solo artist with her debut album Full Closure and No Details back in 2016, and is now making waves with it’s newly released sequel Pink is The Colour of Unconditional Love. Her music has been hailed as “seductive, broody and occasionally sinister” by The Guardian, and almost as entertaining as the music is Cohen herself. We started of with the basics; how she got started.

“My dad had a Tascam, which is like a four track tape recorder and I picked that up when I was seven and recorded my first song to tape then. But, I’ve always been interested in music. I used to fiddle around with that, and play keys. I started writing songs when I was tiny. I don’t know how I had that initiative, but I did and I picked up the guitar pretty late – when I was fifteen or sixteen. And before that I used to go on stage a lot, being like a tiny, stand up comedian person.”

When the conversation turned to what the future holds, Cohen proved she’s not lacking in big dreams, even if she’s not quite sure how she’ll get there just yet.

“I really need to get a five year plan. Do you have a five year plan? I need to make one for sure. I would like to be living in-between America, Europe and Australia. I’d like to have homes in all those places and have land. That’s my ideal success story. In the next five years I’d love to be able to make that happen. And play really, really big shows, with lots and lots of people to collaborate with on stage.”

With the usual questions out of the way, we turned to the more interesting stuff. By far the best part of the interview was when we asked her if there were any good stories from her recent travels.

“The front cover of the record, with the picture of me on a car – that was taken in Oaxaca in Mexico. Good luck spelling that one by the way. Me and… a special human being found this deserted beach, and there was nothing and no one there but this one horse, which is on the album cover, and three German Shepherds that became our best friends. We stayed there on this little beach for a week, and we fasted because we were just giving up cigarettes and all the bad things, so we fasted on this beach, sleeping in hammocks with nothing but a horse and three dogs. It was pretty surreal because it was right on the pacific ocean, and the ocean was crazy wild and it was pretty much a hundred meters from our hammocks, and we were pretty weak because we were fasting for a really long time. So yeah, that’s the front cover and that’s the horse. And we didn’t get along, the horse and I did not get along. So it’s pretty funny that the horse is a big deal.” 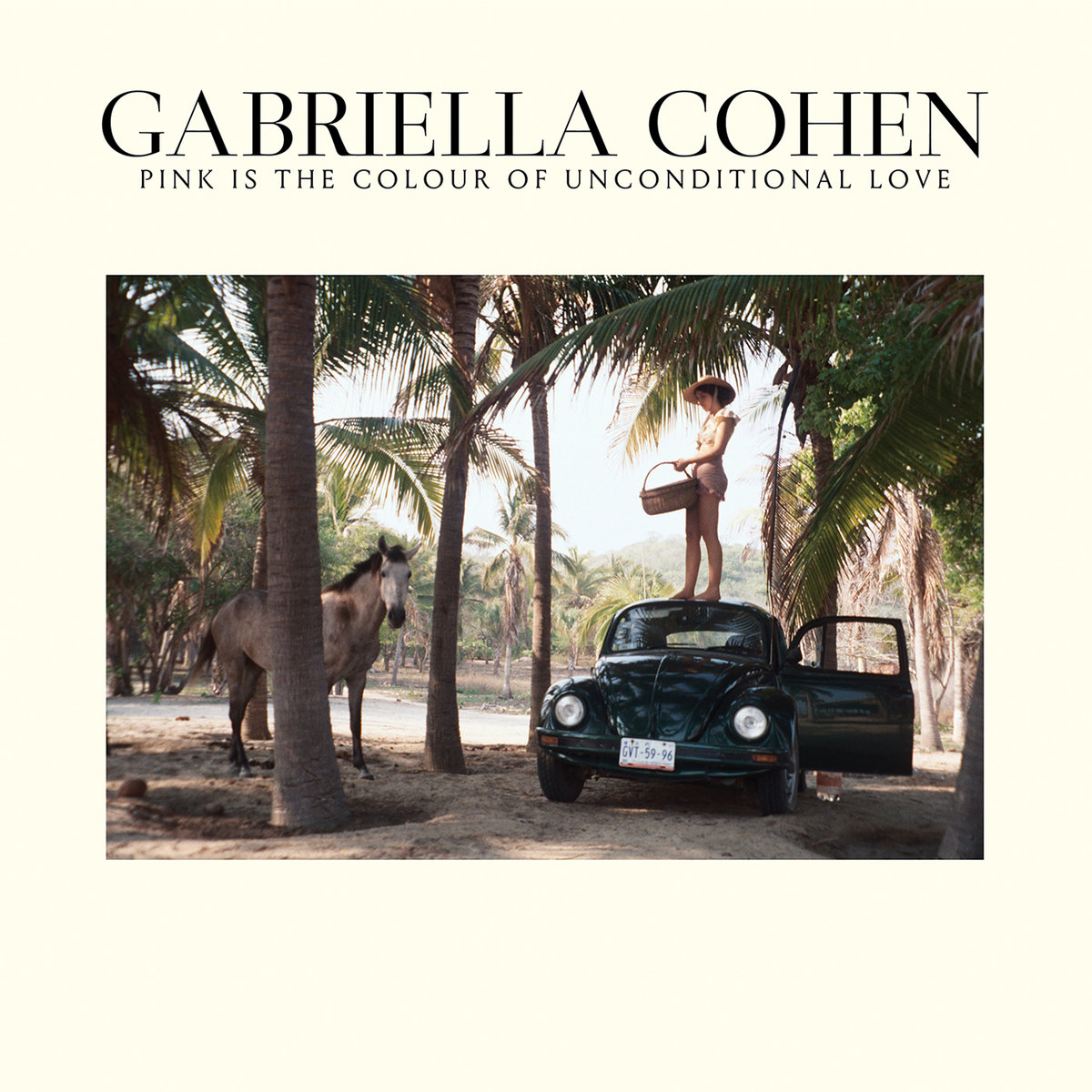 You’d think it would be pretty hard to top that story for whimsical charm but we managed to give it a red hot go.

The Creative Issue: What is a question you would ask you if you were interviewing yourself?

I love painting, yes and I think I would like to be a full time painter one day.

I love big, big, big trees. Bamboo is one of my favourites, and giant fig trees. Trees are very important.

I love birds. Birds are one of the greatest loves of my life, cockatoos in particularly. I’m so glad you’ve asked me all the questions that I’ve always wanted to be asked.

Is there anything you would like to add that we haven’t asked you about?

Yeah, I would like to add that anyone who reads this should go home and listen to the album Father Son Holy Ghost by Girls. I think you would really like it if you haven’t heard it already.

There you have it folks. You have your marching orders. You can listen to the aforementioned album here, and check out Gabriella Cohen’s music here.

Gabriella will be playing at Black Bear Lodge on Saturday 16th of June. You can grab your tickets here.