Gameboy Advance - We chat with Yeo

The Creative Issue: Congratulations on the successful completion of your â€œGot No Gameâ€ Tour!
YEO: It’s like a video game. We beat the boss!

TCI: Appears as though youâ€™ve had a nice time of it. Did it feel affirming; seeing fans’ faces in one room, and witnessing their reactions to the new tracks?
YEO: Very much so. I’m still so blown away that there are total strangers who want hugs and photos with me. I’m stoked that my music makes people happy! 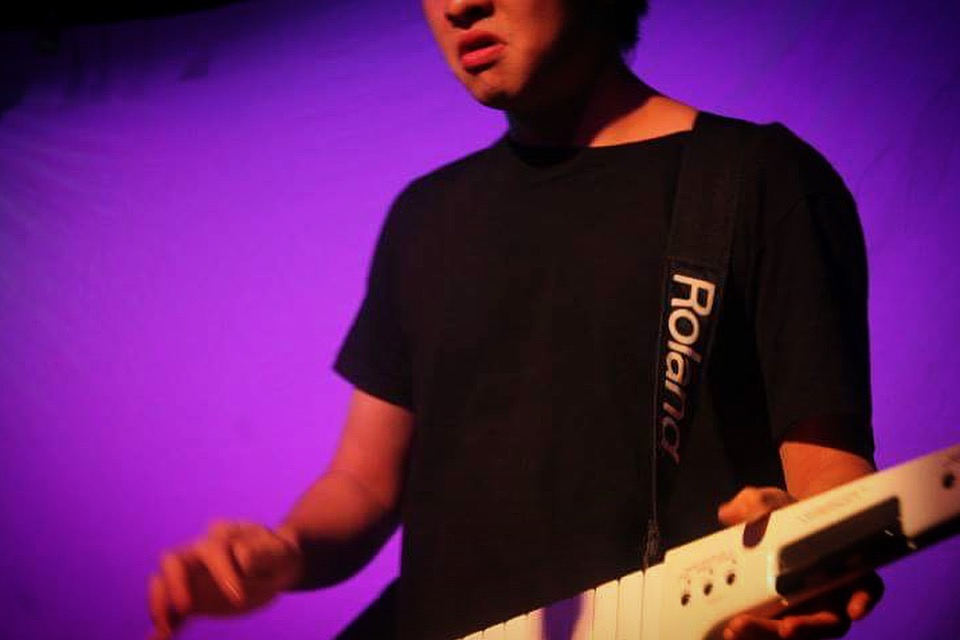 TCI: Saatsuma were wonderful in warming the crowd; Memphis even jumping onstage for a sing during your set. What do you enjoy most about their sound?
YEO: Memphis’ voice is incredible, and Cesar, Maddy, Andy and Stuckey are no musical slouches. They are five very different people who all come together with their love for music. You can hear it when they play together, exploring well beyond the boundaries of your average electronic act. They are a crack-team of virtuous musical astronauts, saving the world from an asteroid shower of terrible art.

TCI: You and drummer Andy have an impressive relationship. How did you two find each other?
YEO: Our mutual friend Terry Mann (Coach Bombay) brought us together. We used to play in Terry’s band. I found it really interesting that Andy was a drummer that had a real passion for electronic music. With no intention to poach, I just asked Andy to come play a few songs as my previous drummer was getting busy with other commitments. It just worked and the rest is history. 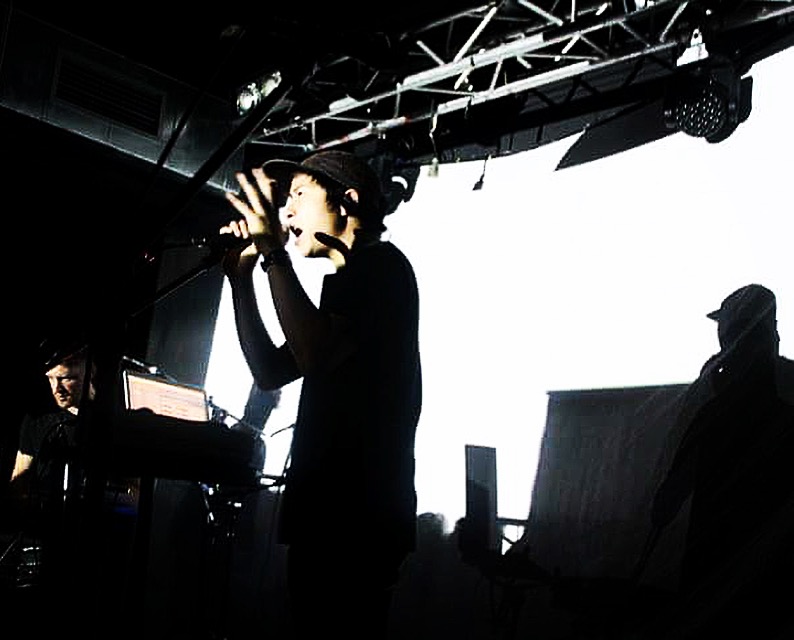 TCI: You made the move from Brisbane to Melbourne, what was the deciding factor for you?
YEO: If I can be candid for a moment, it was a few things. Mostly I needed a change. I was coming out of a serious relationship, and I was playing in so many bands and my career felt like it had stalled. It was the same gig and rehearsal routine every week. I still love my friends in Brisbane, but I needed a fresh start. After touring to Melbourne, experiencing its culture and making some new friends down there, it was an easy decision to make.

TCI: We saw you pack the Corner Hotel mid-tour. It was a slick show, the audience really feeling it. Melbourne, as a city, is famously known for the fight shown in guarding their freedom to cultivate, nurture and enjoy live music. Do you have any feelings on the impending lock out laws in-store for Queensland?
YEO: I’m pretty furious, and it’s not just Queensland that is suffering. Passing an exemption for casinos is the most transparently ludicrous legislation to date. I’m taking it personally as a blatant disregard for the arts sector in favour of making more money. If you look at what’s happening in Sydney, the damage to live performance revenue alone is so heartbreaking. I can’t argue with the fact that alcohol-fuelled violence is reduced, but it’s the principle – everyone’s being policed with a blanket policy for the sake of the stupid few. These stupid few who prefer to get into drunken fights rather than contribute to a community don’t deserve to be looked after any more than we do.

TCI: Well said. Youâ€™re a man of many caps, and might I say, you wear them well! Obviously heading up your own namesake act gives you full creative freedom, but not without pressure and accountability. Also, touring and collaborating with another favourite QLD expat, Emma Louise allows you yet another dimension. Aside from little time left to sleep, what do you get out of the mix of creative endeavors?

YEO: Variety and invaluable experience. Switching caps every few weeks keeps things fresh and exciting for me. When I’m in a motivated state, I’m ready to learn too. Every mistake I make outside my own project is something that I note not to do in my project, and vice-versa. What I’ve also realised is the importance of teamwork. Working on your own is way better than being in a dysfunctional team, but being in a killer team gives you more power (at the cost of a tiny bit of mobility). 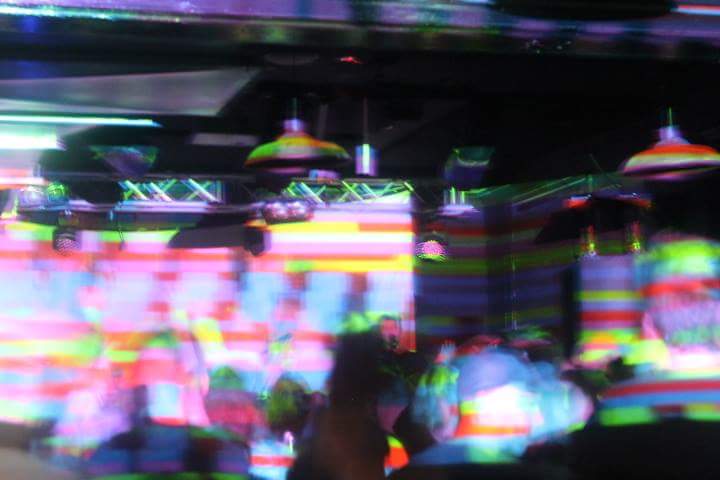 TCI: Would you say youâ€™ve always been ambitious?
YEO: I’d say so. I enjoy comfort when it’s presented to me, but I never want to forget that the climb is endless, and it’s always worth it. There are moments of laziness and contentment in my life, but I these periods need to be alternated with a state movement or creation. Malaise and lethargy that comes from inaction and boredom is the leading cause of my bad moods, and it also makes me reach for my vices way more often than I should. Demons catch up to you if you stay still for too long.

TCI: I liked a quote of yours, likening pursuing an artform to that of a long term abusive relationship. From the outside it looks like youâ€™re in a good place right now; successful tour, the release of Ganbaru, singles on radio rotation, invites to play top-notch venues. Does it feel that way from the inside, or is it your disposition to await being figuratively, â€œkicked-out of the houseâ€ again?
YEO: Haha! That’s a good find; nice to see you’ve done your research. At this point in time, I know where I stand, and it’s somewhere I’ve been before. After re-building our reputation over a few years, we’re still in the weird middle-ground where we haven’t broken, but a lot of people have heard of our music. The difference is this time, I’m not taking any long breaks, and I’m very motivated. Summer is coming and I have so many thoughts and emotions to pour into songs. In the meantime, a few releases are already finished and waiting to come out. I expect next year to be just as busy as this, if not more so.

TCI: Your interpretation of friend Japanese Wallpaperâ€™s â€˜Forcesâ€™ during triple j’s Like A Version was a funky nod. What was the response from that camp, and do you have any other covers floating around?
YEO: Gab and Hannah both liked it, and that’s all I could hope for. The text messages I got from them had love hearts and kisses all over them. The fact that triple j and their audience were keen on it is a super huge bonus; one that gave us a real leg up this year. We do have other covers floating around. We’re going to release a small covers EP next year!

TCI: Can you throw us the name of a musical influence that may surprise?
YEO: I’m a huge fan of Ryan Adams. That southern twang combined with his no bullshit attitude gets me every time.

TCI: Thanks for sharing your creative insight and keeping us up to date on all things Yeo!
YEO: You’re so welcome!

The Japanese Film Festival Returns to Brisbane For Its 20th Year