Since 1996, Rob Lloyd has nurtured a growing obsession with Doctor Who. Some nineteen years and twenty stolen VHS tapes later, he examines his relationship with the show in the cacophony of nerd that is Who, Me.

Cosily squashed into the Leopard Lodge (normally the Graffiti Room), I feel a little like Iâ€™m tucked away at the back of the school library again. Outside, Wonderland pulses happily on, a cascade of colour and lights; in here, Lloyd has gathered a very particular audience to talk nerdy.

Who, Me sees Lloyd plumb the depths of his Whovian passion and, in doing so, put the Doctor himself on trial. The charge? Ruining Lloyd for polite society. Summoning up a wealth of evidence (in the form of some wonderful childhood photos) and calling in a procession of witnesses, Lloyd stages a full hearing, the case liberally interrupted by anecdote, aside and audience sing-a-long.

The show is dotted with references to geekdom and sci-fi, riddled with the kind of insider jokes that fans donâ€™t often get to hear in public, and so received with delighted and raucous laughter. The real joy, however, is Lloydâ€™s incredibly elastic face and dab-hand for self-deprecating humour. With a strong organisational backbone in the fictitious court-case, the show is free to wander without becoming lost, and strikes a wonderful balance between freehanded storytelling and set-piece moments of theatre. 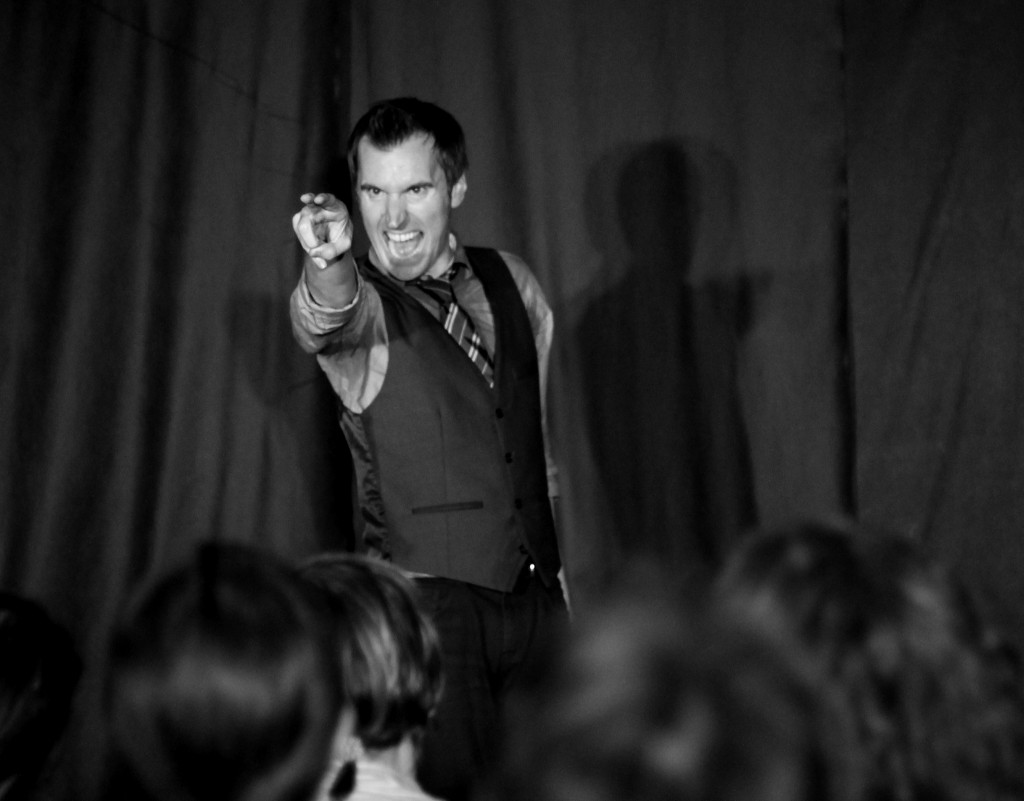 While Who, Me occasionally falls back on unnecessary, dated stereotypes about the rarity and questionable motives of female fans (a line which didnâ€™t accurately reflect the predominantly female audience), itâ€™s a surprisingly heartfelt show. Lloyd, it is perfectly clear, is not here to cash in on the sudden popularity and profitability of nerdiness. He is undeniably one of us, and the audience embrace him as such.

Despite the silliness, the groan-worthy puns and the interpretive dance pieces, Who, Me is at its core a love-song to fans and their obsessions, as uplifting and affirming as it is hilarious.

For more information, or to book tickets, head to the Powerhouse website here.