#GenderMatters: A New Initiative For Women In The Film Industry

Screen Australia has recently announced their new $5 million Gender Matters initiatives, a five point plan for the screen industry that is to be implemented over the next three years.

Specifically targeting gender imbalance within the industry, the initiatives include increasing storytelling by women, creating industry infrastructure around women, providing production experience for women, enhancing distribution and marketing of Australian films with female content and encouraging projects that promote gender and cultural diversity.

Statistics reported by Screen Australia within the traditional film sector indicate that only 32% of women work as producers, 23% as writers and 16% as directors. Gender Matters aims to remove barriers women may face in the workplace.

The statistics show that women tend to feature more in project development for film, television and documentaries with the numbers falling for actual production contribution. For Graeme Mason, CEO of Screen Australia, the focus for Gender Matters is â€œon female led creative teamsâ€¦ to ensure our production funding is targeted to creative teams that are at least 50% female by 2018.â€ 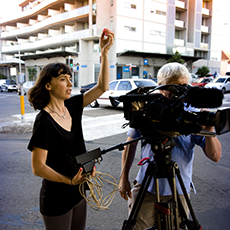 2015 has been a milestone year for Australian film with box office results surpassing the all-time record of $63.4 million set in 2001. So now is the time for filmmakers to start pitching their ideas and for people to get inspired. Funding will be split to â€˜jump startâ€™ female-led projects and support industry networking.

Film is a collaborative process and with a film industry that relies heavily on government funding it is ground-breaking to see such support and witness the re-defining of a more inclusive â€˜Australian voiceâ€™.

Music Events to Attend this NYE