Genre Blending: I Am Not a Serial Killer

Intensely eerie, darkly funny, I Am Not a Serial Killer morphs enthrallingly across teen horror and supernatural thriller genres, plunging into the depths of murder and monsters.

Adapted from Dan Wellâ€™s young adult novel and directed by Billy Oâ€™Brien, I Am Not a Serial Killer premiered earlier this year in the South by Southwest Film Festival and recently had its one time screening at New Farm cinemas.

Starring Christopher Lloyd and Max Records, the film follows John (Max Records), a troubled teen who works in his family run funeral home in a small Midwestern town. Diagnosed as a sociopath who displays the behavioural indicators of a serial killer, he abides by a strict set of rules to control his murderous urges. However, his resolve begins to weaken when the quiet town becomes the hunting ground for a violent killer. With bodies of the ravaged victims being delivered to his familyâ€™s mortuary Johnâ€™s drawn to the grisly murders and starts investigating the crimes, while trying to suppress his own homicidal tendencies. 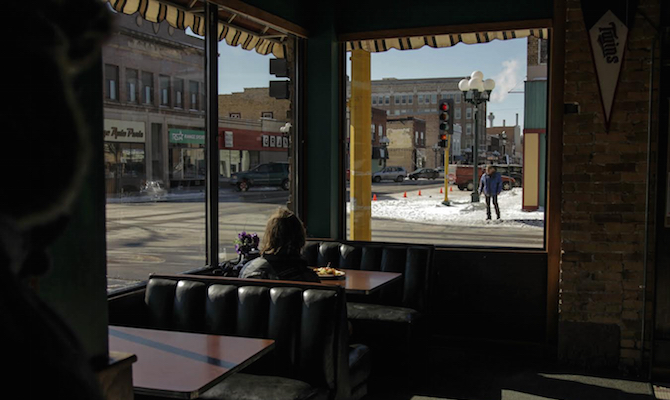 Records is impressively adept in playing John, an outsider who recites polite speeches to himself before approaching neighbours, but falters when he sees them. Records is understated and sincere; never taking the portrayal too far, restraining the character in all the right moments. This is especially clear in the scene where John confronts a bully at a school dance. He delivers a compliment so menacingly that itâ€™s both amusing and alarming and blends the diverging elements seamlessly.

Lloyd gives a surprisingly nuanced performance as Johnâ€™s neighbour, Mr Crowley. Able to discard his usual Hollywood role, Lloyd carves out a distinctive and complex character. He brilliantly shifts between the chilling and ominous to the ailing and vulnerable.Â Oâ€™Brienâ€™s profound visual style, beautifully captures a pervasive sense of unease. The wide-angle shots allude to the dark and menacing, which can lurk beneath the unassuming faÃ§ade of the small town.

Australiaâ€™s official release of I Am Not a Serial KillerÂ was the 29thÂ of September 2016. However, the film is only being showed in Melbourne, so keep an eye out for its digital release in December.

UQâ€™s Latin American Film Festival: Free and For Adults Only

Nash Theatre’s The Memory of Water