If you are a kid, have a kid or just want to be a kid again, Georgeâ€™s Marvellous Medicine is good, messy holiday fun for all.

Though billed as a childrenâ€™s show, this is not a production parents, grandparents or nostalgic twenty-somethings should lightly dismiss. In terms of production design, performance, wit and enjoyment, Georgeâ€™s Marvellous Medicine easily holds its own against the rest of QPACâ€™s mainstage offerings. Itâ€™s sleek, funny and magical, with long time Roald Dahl fan and director Ross Balbuziente expertly translating the exuberance and twisted darkness of Dahlâ€™s work onto stage.

Thereâ€™s plenty of gross-out humour and musical interludes to keep younger audiences happy, but the vast majority of jokes will hit home satisfyingly for the older crowd as well (particularly those featuring thermomixes). Key to this universal appeal is the calibre of the cast, which is stuffed with shake & stir alumni. The excellent company happily transports Georgeâ€™s Marvellous Medicine from High-5-esque cheesiness to high-quality theatre, with the kind of talent sells neither Dahl nor young theatregoers short. 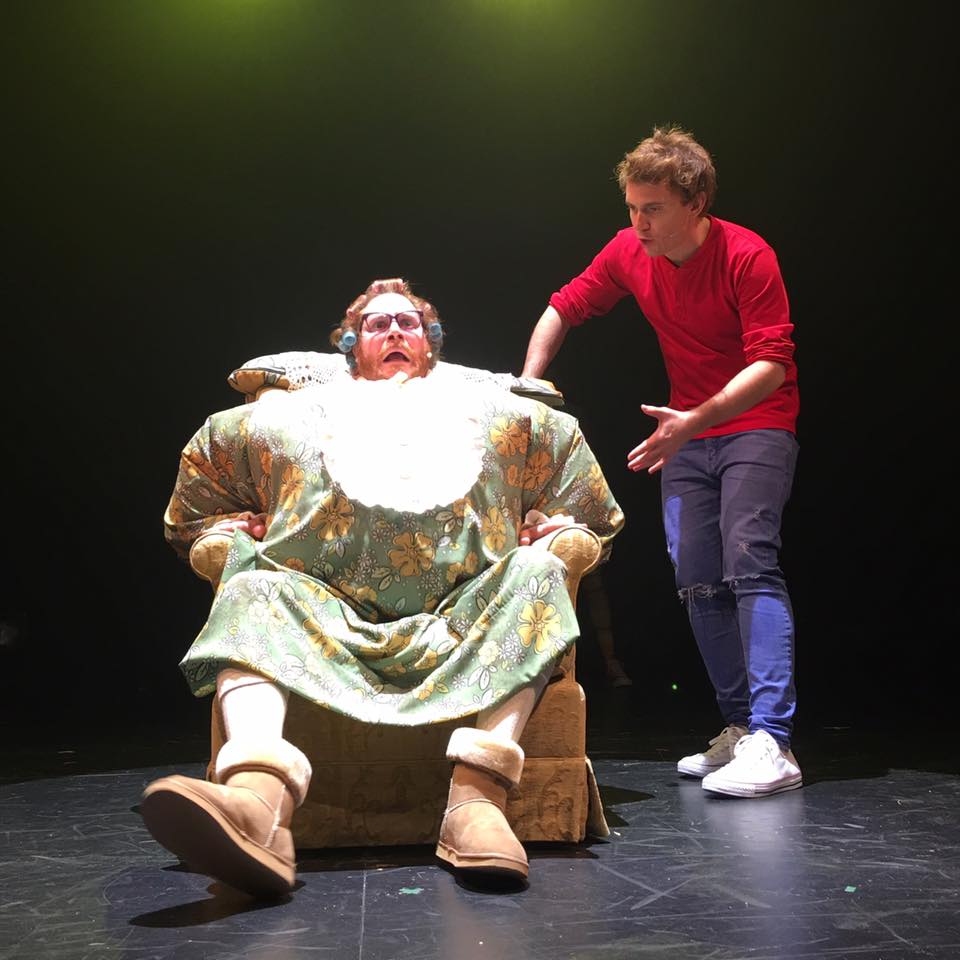 Nick Skubij delivers a thoroughly believable performance as eight year old George, so brimming with mischief and childish glee itâ€™s very hard to believe that his last role with shake & stir was that of Dracula. Leon Cain likewise delights as Granny, whose contemptuous malice adds a dark and delightful facet to the show. The excellent supporting ensemble of Nelle Lee (Mother) Bryan Probets (Father) and Johnny Balbuziente (Nugget) round out the cast with serious panache.

Under the direction of designer Josh McIntosh, lighting designer Jason Glenwright and sound designer Guy Webster, the set sparkles with wonder for both the old and the young. Thereâ€™s a good deal of practical magic happening on stage as well and accolades are due both for such a faithful and visceral recreation of the disgusting medicine, and for Skubijâ€™s willingness to plunge his hands and dredge up the truly awful mix for the audienceâ€™s delight every evening.

Georgeâ€™s Marvellous Medicine is a spectacular start to shake & stirâ€™s tenth anniversary year, and the promise of even more to come is already tantalising. For now, however, beg, borrow or steal a child to take with you to the theatre, or simply go on your own for a marvellous night out.

For more information or to book tickets, head to QPACâ€™s website here.

Lose Your Breath with Cirque Adrenaline