Get Ready For The Good Food And Wine Show

The Good Food and Wine Show is coming to Brisbane for its 10th year from Friday October 17 to Sunday October 19 and itâ€™s set to be one of its best years yet.

With a strong emphasis on produce sourced locally from Brisbane, the Good Food and Wine Show hopes to engage its patrons with the producers who deliver the best our state has to offer.

I recently attended the media launch for the Good Food and Wine Show and was astounded at the small sample of producers who were showcasing their goods.

With over 200 stalls at the show itself, this small group of producers set a high benchmark for whatâ€™s to come.

Whether itâ€™s the German style salami from Schulteâ€™s that is entirely paddock to plate, or cold-pressed coffee from Simply Beans thatâ€™s made using traditional Mexican methods, the Good Food and Wine Show will display a wide variety of Australian produce in every form imaginable.

My favourite producer at the launch was Kokopod, which creates bespoke, artisan chocolate. I could not stop returning to their table to taste their macadamia balls rolled in milk chocolate and dusted in dark chocolate. The nut itself was far bigger than suspected and had been slightly caramelized and hardened due to being roasted. With only a thin layer of chocolate the flavour was instantly comforting and one simply wasnâ€™t enough!

Another highlight was the thinnest-of-thin slabs of dark chocolate with sea salt that had been smoked to bring out its sweetness. Simply amazing. I also could not walk past their milk chocolate slab with honeycomb without giving it a taste. The handmade honeycomb from leatherwood honey was oozingly sweet and blended perfectly with the smooth, milk couverture chocolate. 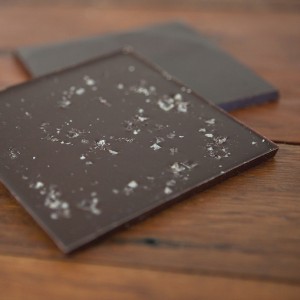 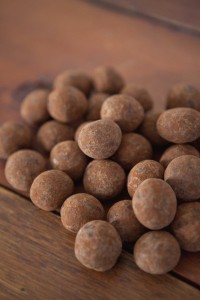 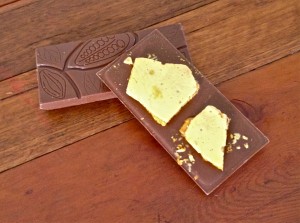 Not only will Queensland producers be out in full force at the Good Food and Wine Show but chefs from across the country will be leading masterclasses. These masterclasses will be led by Adriano Zumbo, Barilla, Miguel Maestre and more. 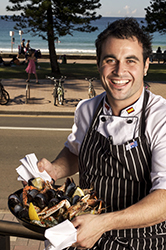 Matt Moran will also be present with his latest cookbook, Mattâ€™s Kitchen Garden, on sale and available to be signed. Who knows, you might even be lucky enough to get a photo with him! 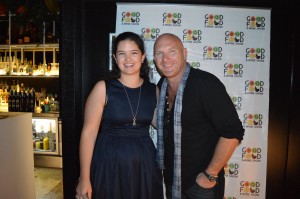 2014 also sees the Good Food and Wine Show taking a relaxed approach to the dining experience with the Nip of Courage Grazing Garden. Rather than restricting movement with a formal cafÃ©, three of Brisbaneâ€™s best food trucks will be gracing the show alongside a cocktail bar from Nip of Courage.Â  These food trucks include the Bun Mobile, That BBQ Joint and Siguenos. 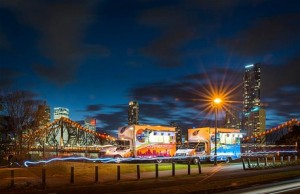 There truly is something for every palette at the Brisbane Good Food and Wine Show. Whether you go for one day or all three, this will be an experience not to be missed.

Photo of Giulietta Avenia with Matt Moran sourced from @ameriausÂ