TCI: You’ve recently launched a new collection; can you tell me a bit about it and the inspiration behind it?
Alex: So, The Ripening Seed as a collection, like everything I do, is very heavily inspired by the modern women and the shift towards classic style, fine finishes and elite tailoring. I find in the sustainable fashion market there’s not that much in regard to fine-fit, so I wanted to bring a bit of that elegance in a nostalgic, whimsy sort of way.

One of my inspirations was Grace Kelly; that elegant, classic style – lots of linen. It’s quite resort inspired as well. 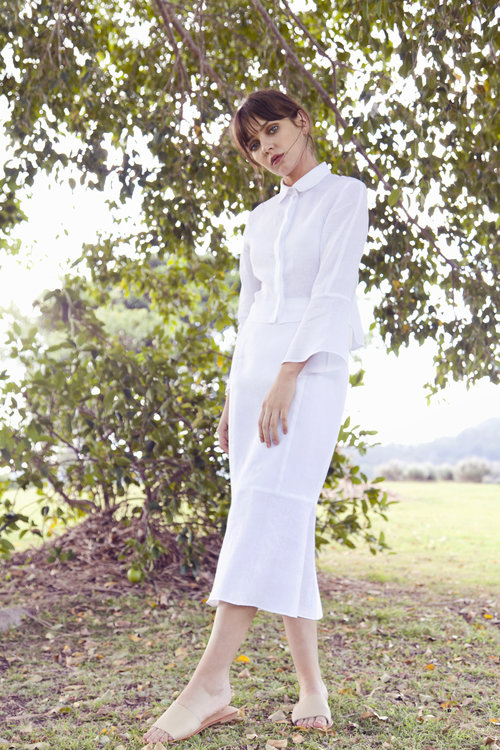 TCI: So, tell me the starting point; how do you actually begin designing a fashion collection?
Alex: For me, I’m constantly designing – I just have files and files of inspiration on my computer so I’m constantly going through that and it’s just in fleeting moments that I’ll get an idea that I like and want to interpret it and then I just constantly see things that marry in with that whole feeling and the collection just kind of grows that way.

TCI: As a designer, what’s your favourite part about the creative process?
Alex: Probably just feeling inspired by something that just keeps constantly popping up in front of you or finding things that compliment that vision – just that feeling when you’re on a nice role. 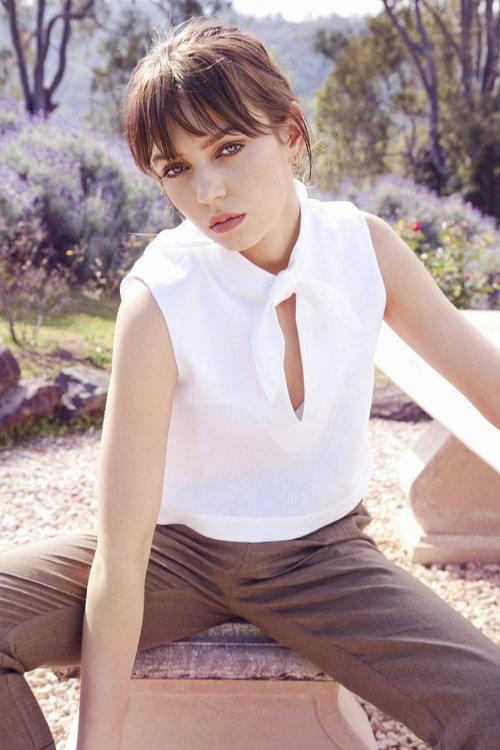 TCI: Do you have a favourite piece from the new collection?
Alex: Yeah I do, I’ve just released six pieces from the collection and I’ve got two other pieces that will be released in the next month – so it’s called the ‘Driving South Jumpsuit’ I use it in pretty much all of my branding. It’s just a really modern take on the jumpsuit which we’ve seen is so prevalent in fashion at the moment but there’s a lot more design lines and finer details. 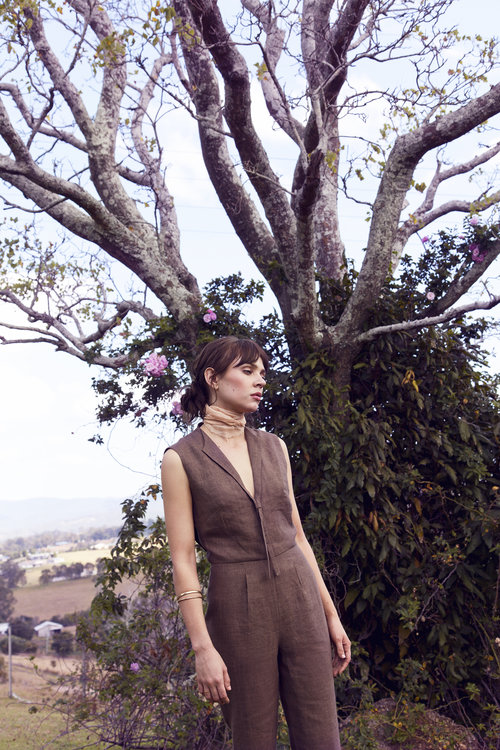 TCI: How does this collection tie in with the Gloria Dulcie brand and how does it differ from your previous one?
Alex: I’ve done two collections, this is my third and last year I started pivoting the brand and taking it in an ethical direction – so I sort of felt like it was a real symbol of the brand maturing. The Ripening Seed is actually a book written by a women named Collete around the early 20th century and it just sort of epitomises that sort of maturing as a brand.

TCI: What kind of women do you imagine wearing this collection?
Alex: I see the Gloria Dulcie women as someone who has taken complete possession of herself, she lives with sincerity and depth – favours the poetic, the surreal and the witty and just sort of revels in the beauty of life. She’s obviously very socially aware and believes in a sustainable future and tries to reflect those values in her everyday life as well as in fashion. 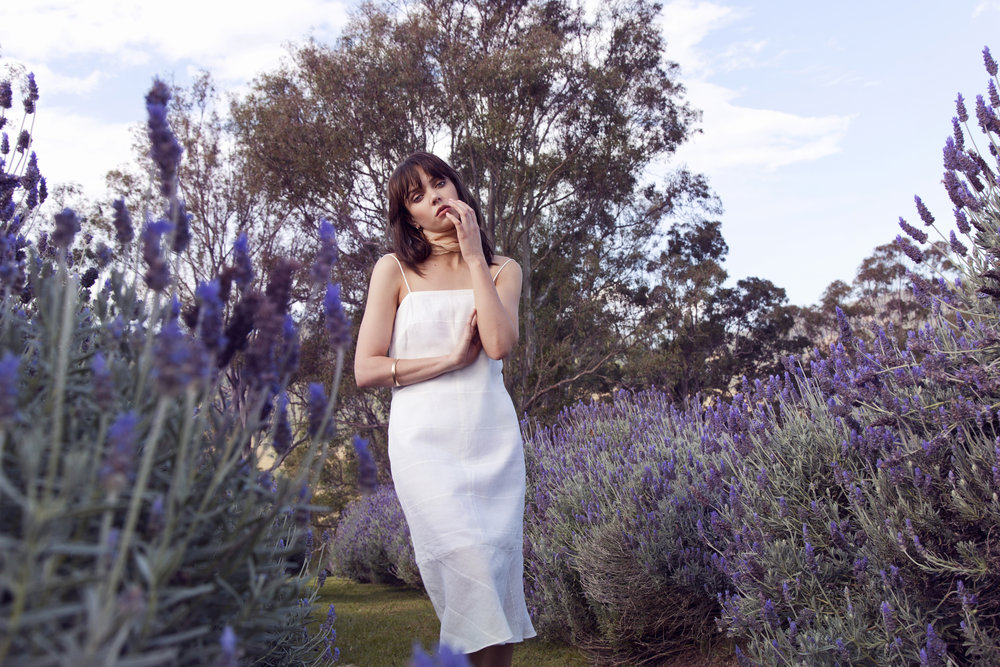 TCI: When will people be able to shop the collection?
Alex: Not yet, I’m re-shooting it, but I have a pop-up in Melbourne as part of the Curated Program – which is part of the Australian Fashion Chamber. They run about eight pop-ups throughout the year with four of them being in Melbourne, a few in Sydney and a couple in Brisbane.

So, I’m going down there on Wednesday to sell instore and after that I’ll be able to go up online. I do really limited runs so I just wanted to keep that collection so I could stock that shop and then depending how it goes, put it up online.