Who will take home the globes this January?

Prediction: Oscarâ€™s favourite 12 Years A Slave seems to be a front-runner in this category, although some see Gravity as an outside chance at bringing home the globe.

Robert Redford (All is Lost)

Prediction: This is a toss-up between Ejiofor and McConaughey. Itâ€™s hard to say who will win this one â€“ it is Ejioforâ€™s first lead role, however McConaughey is due for recognition since his turn from comedy to serious film.

Prediction: This yearâ€™s nominees are all Hollywood heavyweights, so itâ€™s anyoneâ€™s game. I think Blanchett is a slight favourite for her confronting performance in Blue Jasmine, although Sandra Bullock, Kate Winslet and Judi Dench all stand to take home the globe. In terms of Oscar nominations, Cate and Sandra are the expected candidates.

Cate is brilliant in Blue Jasmine – image by indiewire

Prediction: There are so many great and diverse films in this category. Personally, Iâ€™d like to see Her or Wolf of Wall Street take home the prize, as American Hustle is a sure candidate for Oscar nominations.

Prediction: Iâ€™d love to see Leo or Joaquin pick up the award for best actor in this category; especially DiCaprio considering his infamous bad luck at the Oscars, and the poor timing of The Great Gatsbyâ€™s release. 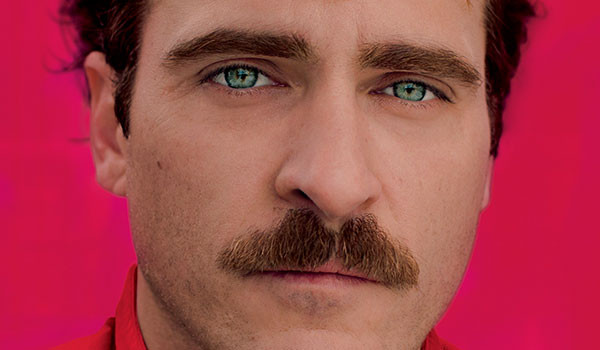 Joaquin shines in Her – image by spotlight report

Prediction: Everybody loves Meryl, so this instantly slants the odds in her favour. However, sheâ€™s going to have to fight against fellow crowd favourite Amy Adams, who owns it in American Hustle. Personally, Iâ€™d like to see Greta Gerwig win for the coming of age tale Frances, Ha, which she also co-wrote.

Prediction: Steve McQueenâ€™s time has come, and after being snubbed at the Oscars for his previous masterpiece Shame, I feel that itâ€™s only right he take home the globe for this one. Heâ€™ll face strong competition from Cuaronâ€™s Gravity and David O.Russellâ€™s American Hustle.