Good Doogs To Wrap Up Their National Tour At BIGSOUND

We had a chat to Good Doogs ahead of their showcases at BIGSOUND next month.

Good Doogs are the newest band to come out of Western Australia joining the likes of Tired Lion, Tame Impala and many more. Once again, WA didn’t disappoint with this three-piece taking on indie-punk and releasing catchy single after catchy single. Their latest single, ‘Want That’ dropped a few days ago and is yet another addition to the band’s stellar track list.

They’re making their way back to Brisbane to play BIGSOUND between September 4th and 7th, Good Doogs are playing Wednesday night at Crowbar and Thursday night at Famous Nightclub.

Last time they were in Brisbane, it was supporting Tired Lion on tour in June. “It was pretty sick, they’re one of the biggest West Australian bands at the moment so it was cool taking on the whole country as team WA.”

They’ve already played a number of sold out shows on their ‘So Dumb’ tour. “[We’re] so psyched with how well it’s been going. You never expect it but it’s always a nice rev up when it happens.”

Although they’re still a young band, they’ve achieved a lot in a short amount of time. They discussed their biggest achievements so far with us. “We won the Triple J Unearthed spot to play at Groovin The Moo which was so hectic, and probably selling out every Perth headline show we have played. I’m pretty proud of both of those!” 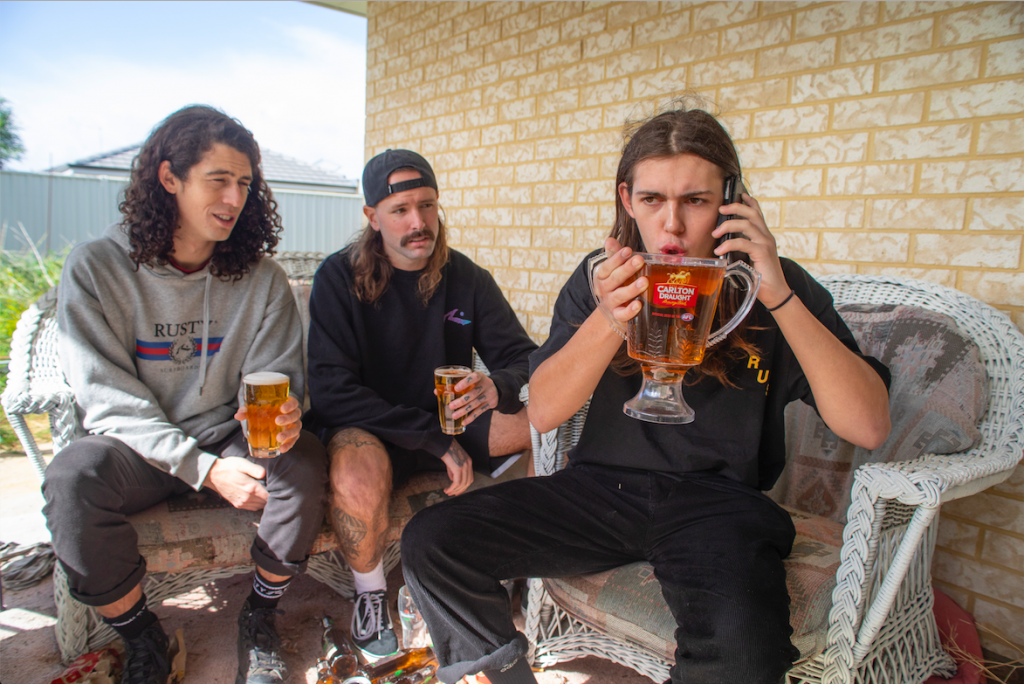 So what’s the next big thing for Good Doogs? “Get another song into the main rotation on Triple J, get onto some bigger fessies and hopefully play some shows overseas all going well!”

Unfortunately there’s no body of work coming up but hopefully the steady stream of music will keep flowing. “[We’re] always cooking up newies, haven’t got anything ready since we just released ‘Want That’ but will probably stick to singles for a while because EPs and albums cost heaps.”

So what kind of preparation have Good Doogs been putting into BIGSOUND? “Done a bit of research on who is gonna be there, reached out to a few to gee up some meetings and now we are heading out on a tour to get some practice in for the shows.”

Aside from playing, they’re also keen to catch some of the other bands during BIGSOUND. “Psyched to see The Beth’s, VOIID, The Chats, Carla Geneve, Arno Faraji, Moaning Lisa, CLEWS, Bugs, TOTTY, Raave Tapes, Slowly Slowly. So many sick acts and friends up there!”

Although you typically have to deal with a lot of clashes at BIGSOUND, Good Doogs aren’t a band to miss but don’t take our word for it. “They should come see us ‘cause we are fun and all the acts playing before and after us are real good so they won’t have to go anywhere all night.”