In today’s film industry of reboots, remakesÂ and sequels relative to anything nostalgic; fan service to the source material is mostly disregarded in an attempt to capitalise on the nostalgia of past generations. However, sometimes once in a full moon fever, there comes a nostalgic reboot that lives up to the original material to a degree.

Goosebumps, the film reboot of the classic ’90’s children’s horror novelÂ series, has finally hit cinemas in Australia, after a three month wait from the originally promised release date in October 2015. Reactions to the theatrical trailer were mixed because of the inconceivability of the plot and the casting of Jack Black, of all people, as Goosebumps’ author R. L. Stine. 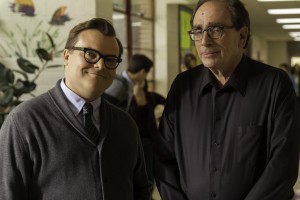 The plot is both confusing and unbelievable but nonetheless, works in favour of film. We watch as all of R. L. Stine’s manuscripts for all his Goosebumps’ novels are cursed with turning the antagonists of all his novels into real life manifestations, as the protagonist and his friend unlock the books while breaking into R. L. Stine’s house.Â This escalates to extended cameos from all the fan-favourite Goosebumps characters from the books and the television show, thus rewarding the hiatus of the series for longtime fans. Of course, this reward isn’t without its downsides. The whole tone of the franchise is changed from a children’s ‘Tales from the Crypt’ to a slapstick comedy, with some romantic elements involved that were absent from previous Goosebumps media.

Another underlying element that consistently changes the tone of the franchise is the conversion from practical effects to CGI. Formerly, in the ’90’s television show, all the monsters and horror was created through using practical effects, from full-body alien suits to creating masks out of clay. The CGI in the rebootÂ does add to storytelling through giving life to the monsters that couldn’t be created properly through practical effects, such as the “Blob that Ate Everyone” less looking like something from a Cronenberg body horror to a creature that is childish and transparent in appearance. 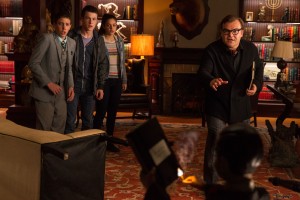 Fans of the ’90’s television show would beÂ unfamiliar with the narrative structure, as opposed to the non-continuing anthology of the television show. Hopefully, the anthology structure returns somewhere in the future, since it workedÂ triumphantly the first time around.

The film – oddly – works, even though the genre has been altered from the original source material, and also because the plot is fresh and original whilst containing enough nostalgia to entertain even the die hard fans of the series.

Goosebumps is finally in cinemas around Brisbane.Â 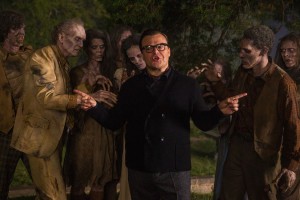