As many know another shooting occurred in America last weekend. A young man named Elliot Rodger went on a killing spree at the University of California targeting young sorority women resulting in the death of six people and seven more sent to hospital with serious gunshot wounds.

Despite the continued mass killings Congress seems to never reach the point of imposing stricter gun laws. Blame the National Rifle Association (NRA) as they have huge political power and continue to strong-arm politicians into gun freedom.

However, this incident is so much more than a lack of gun control. This particular incident has the world in shock because of its misogynist nature.

Elliot Rodger was seeking â€œretributionâ€ against the female race that had sexually rejected him. He considered himself a nice guy, yet according to his view the nice guy always loses. He was constantly pushed aside as women chose the â€œalphaâ€ male.

“I donâ€™t know why you girls aren’t attracted to me, but I will punish you all for it. It’s an injustice… I don’t know what you don’t see in me. I’m the perfect guy and yet you throw yourselves at these obnoxious men instead of me, the supreme gentleman,” said Rodger in his final YouTube video. 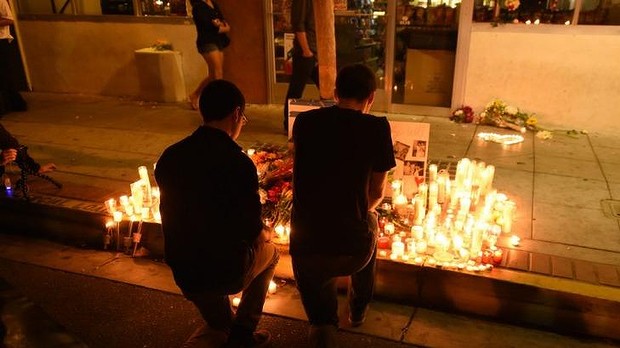 The scary truth here is that many men see women purely as physical creatures. Our body is yours to play with.

Society has created these toxic terms like â€˜niceâ€™ guy and â€˜friendâ€™ zone forcing women to justify why they donâ€™t want to take you to bed.

Rodger is an extreme case of male sexual entitlement but it has brought with it much global attention.

The hashtag #YesAllWomen was created after the attack where women have shared their experiences of male entitlement. Since its inception on the 24th May there have been 1.2 million tweets attached.

So donâ€™t let this be another killing that gets pushed aside and blamed purely on mental instability; the greater societal problem of male entitlement needs to be addressed. Enough is enough. Women need the support to stand together and bring attention to this misogynist nature that has been cultivated in our society.

My body is not your playground. My body should be respected and not presumed to be yours. #YesAllWomen