Guys and Dolls at QPAC

Harvest Rain brings to life the most popular Broadway classic, Guys and Dolls.

The show is set in 1940s New York portraying a pantomime of never-ceasing activities, the hustle and bustle of the city that never sleeps.

Living in this organised chaos is small-time gambler Nathan Detroit.

Nathan bets his big-time friend, Sky Masterson, that he couldnâ€™t make the next â€˜dollâ€™ he sees fall in love with him.

Here is where the entertainment begins when the next â€˜dollâ€™ turns out to be the local neighbourhood missionary. 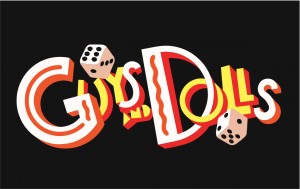 Frank Loesser wrote the iconic Guys and Dolls music and lyrics such as Luck to be a Lady, Youâ€™re Rocking the Boat and a personal favourite, If I Were a Bell.

A stellar cast will bring the show to life.

Along with musical theatre stars Liz Buchanan, Angela Hardings and Wayne Scott who are all no strangers to the QPAC stage.

Donâ€™t miss out on what is sure to be a jam packed musical night.

Interview: Rise of the Eco-Warriors