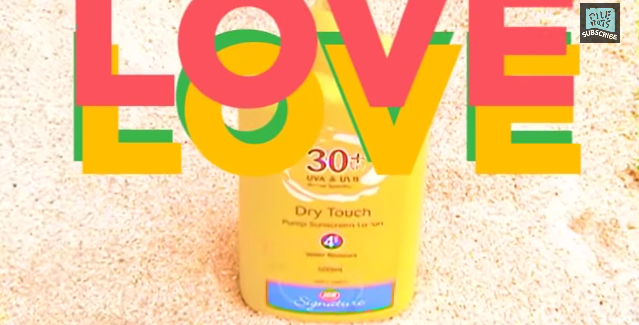 It’s the song that has recently slouched its way onto regular TripleJ circulation and into our waiting ears, a pop mix of garage psychedelia that you will soon discover to be accompanied by an irony-laden, fantastically put together Lo-Fi rendition of a couple o’ m8’s having an ace time in beachy Perth Suburb.Â

‘Love’Â is a track that actually appeared in 2012, reviewed on TripleJ Unearthed by Home & Hosed host Dom Alessio, who wholeheartedly embraced the tin-shed sound of the early recording.
Since then, a decision was apparently made for the track to be revamped, a much fuller sound finding it’s way onto Youtube and Soundcloud, and indeed radio.

Perth’s habit of producing extremely prolific bands who’s LSD laden music has toured the globe and even found it’s way into Mark Rohnson’sÂ Uptown Special,Â suggests either that it’s simply a faraway reservoir of musical talent, or the local record label is encouraging the trend through the drugging of the water supply.

Hamjam’s new video for the track ‘Double Ride,’ also features a couple o’ m8’s also having an ace time, however the video is shot directly through virtual world ‘Second Life,’ a story complete with sp00ky gremlins and gr00vy boat parties, which is as beautiful to behold as you remember Second Life to be.

To top it off, they’re giving you a free release, find it here:

Calling Artists For ‘Sustainability And The Natural Environment’ Exhibition