We had a chat with Queensland Music Awards Album of the Year finalist Hatchie about her album Keepsake.

Hatchie is in for a chance to take out QMAs AOTY going up against WAAX, Cub Sport and Thelma Plum. After making waves nationally with the release of her EP Sugar & Spice, her highly anticipated debut album, Keepsake, dropped in June last year. After a round of shows overseas and recently playing at St. Jeromes Laneway Festival here in Australia, we’re looking forward to what Hatchie has instore for fans next.

The Creative Issue: Who was your biggest idol growing up and how do you think they’ve influenced your career?

Hatchie: It changed a lot through the years, but I was always the biggest fan of Kylie Minogue – for as long as I can remember. Even though I don’t expect to have a career trajectory like hers, and we don’t exactly fall into the same category, one big take-away I’ve had from her is that you shouldn’t be afraid to experiment with your sound as your career progresses. Her self-titled album and Impossible Princess are two great examples of this.

TCI: Was there a specific moment when you realised you could make a career out of music?

H: Not really. I quit my last hospitality job almost two years ago and I’m still wondering when I’ll need to jump back into it, now that I’m not out of the country so much, if I’m honest. But the last year of recording and touring showed me that it is becoming possible to make Hatchie my full-time job and I’m loving it.

TCI: Were there any nerves ahead of the release of the album or just excitement?

H: It was a mix of both. I was excited and ready to release it for ages because it was basically finished six months in advance. The day of the release it suddenly hit me how many people were aware of my existence and I had a mini crisis, but all-in-all it was a really positive – if nerve-wracking – experience.

TCI: What’s the best and worst part of making an album?

H: The best part is having control over how your music is perceived in a greater sense, with a world of sounds and imagery to solidify and contextualise your vision. This is kind of the worst part of making an album for me too – there are so many directions you can take it in and sometimes it’s hard to get it all looking and sounding exactly how you want it. I can be quite indecisive when it comes to choosing how I want things to sound, so sometimes I have to force myself to keep moving in the original direction, instead of uprooting and starting a song again from the top. 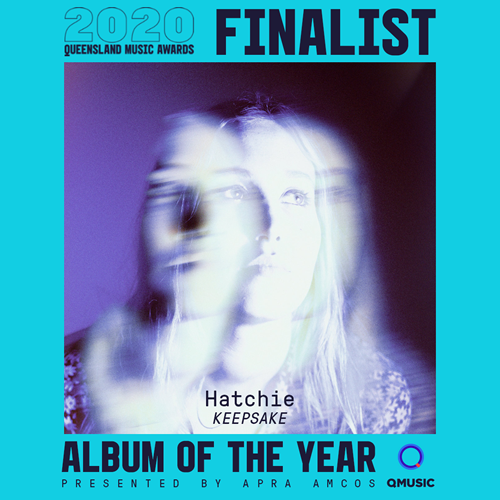 TCI: What’s the most important lesson or lessons you learnt during the process of making the album?

H: I learnt to trust myself and speak up about what I want, so I don’t listen to a song and regret not changing something. I also learnt that it’s OK to ask for help and I don’t have to do everything myself. Also, do different demo versions of songs so you can hear them in different contexts and figure out which bits are the most integral to the song and what gets the message across best.

H: My number one piece of advice is to be patient. So much comes down to timing. I’ve been in live music for almost ten years and much of that time felt dissatisfactory but looking back, I learnt so much and I’m glad it took that long for me to get to this point. With that, be willing to put in A LOT of time behind the scenes, whether it’s nutting out recordings until they’re perfect, working on your lyrics or rehearsing your show for hours and hours. Ask yourself why you want to do this and if it’s for yourself and not how others perceive you.

H: I’m looking forward to more writing and recording for the next release!

The QMAs will be held next Tuesday at The Fortitude Music Hall. General Admission mezzanine tickets are available to purchase from $57.95 + booking free for QMusic members and $77.95 + booking fee for non-members. To purchase your QMusic member ticket contact QMusic or book at full-rate via the QMA website or Ticketmaster.

Sticking To Her Roots: Leanne Tennant