Help, I Lost My Gig 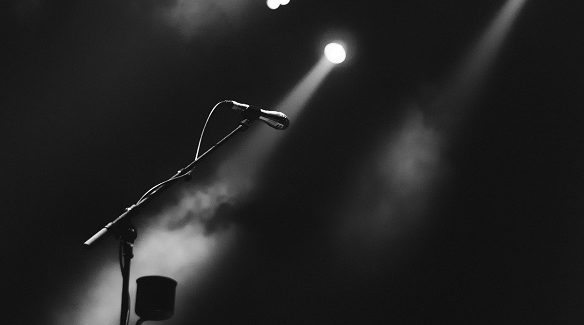 Disappointed that your favourite concert, festival or gig that was coming up has just been cancelled? But what does this mean for Australian music industry and what can we do to help?

The Australian music scene is currently going through one of its toughest times. I Lost My Gig is an initiative that tracks the financial impact on the music and creative industries as a result of event cancellations and restrictions due to COVID-19. The latest tally in losses for performers, production, crew, hospo workers, managers, booking agents and many more is currently at $325 million and counting. The Creative Issue spoke to Julia Robinson from the Australian Festival Association about what this means for this broad sector and how I Lost My Gig is not only dedicated to tallying the total income, jobs and people affected, but also collecting and sharing the stories behind the numbers.

Julia Robinson: So I’m the general manager of the Australian Festival Association, and we have been formed to represent the shared interests of the festival industry. So that is the promoters and organisers, as well as the suppliers that service the industry across the country.

TCI: I have seen that the Australian Festivals Association and Australian Music Industry Network are a joint initiative of I Lost My Gig. Can you tell me a bit about I Lost My Gig, what is it about and how it came together?

JR: So, we came together in amidst of the first announcements of the mass gathering bans. So that was a couple of weeks ago now where the government had to put the necessary ban in place for health reasons relating to COVID-19. The Australian Music Industry Network and AFA got together to replicate something that had taken place already in the states in Austin, Texas. So, we contacted those guys and essentially wanted to mimic what they were doing because they were tallying the losses in their area. They tallied I think up to $3 million in loss of income. We decided to do the same thing. It just went really huge across the country, and we have to-date over 12,000 submissions to our fight. It has tallied $325 million in lost income from gigs being cancelled. It’s a really huge number, which is devastating. And what is more devastating than just the data itself, are the words that the applicants have put through, the submissions where they’ve talked about what it meant to them to lose a gig and what it means their livelihood.

TCI: Roughly how many people do you think in the music, creative, and cultural industry have been affected by the Coronavirus.

JR: It is pretty hard to put a number on the industry as it stands, we’ve recorded an upwards of 500,000 people directly impacted as a result of the mass gathering bans due to COVID-19. But I would say that that’s just the tip of the iceberg, because the industry is quite well understood to cross over various different sectors. People who have a gig, tend to not just work in music or just work at events or festivals they’ll work in hospitality, tourism, retail, and therefore their backup jobs have been affected. The knock-on effect is really huge. It’s really brought to light the complex nature of this industry and how intertwined it is with various other sectors.

TCI: How many people or groups do you support? There’s obviously the musicians and bands, but do you also support the people that work in lighting, sound and backstage production?

JR: When it started, I guess from the festivals and the music industry network we had our idea of what we thought that it would be, capturing vaguely just music concerts, festivals, that kind of thing. But as I said, it does intertwine. So, we’ve had photographers, publicists, merchandise selling, printers who print tickets and lanyards, through to services where they provide portable toilets for festivals. The production element is huge. It’s the second biggest part of the applicants that we receive. First and foremost are the performers, but second to that is the production people which includes the sound, lighting, and staging and everything in between.

JR: Yeah, look, it’s a tricky question. I don’t think it’ll ever get back to the place it was. I just don’t think it’s possible for any of the industries that are impacted to be the same, which is effectively everyone. I don’t think that’s necessarily a bad thing. I think with forced changes you just have to roll with it and work with what you’ve got. I certainly think there might be a shift towards local music, local gigs, and local Australian artists. Firstly, because we just can’t get anyone who’s going to come here. Even when the social distancing measures might be lifted, it’s sort of well understood that some of the border controls might still be in place. So, it’s pretty unlikely that a musician coming from overseas will be happy to spend fourteen days in a hotel room in quarantine before doing a gig, that’s really costly for them. One of the positives that might come out of this certainly is that we might get a lot more live Australian music. I think that festivals will probably change as well. Maybe we’ll have multiple smaller festivals. It’s really hard to tell at the moment. But I would just say that I think that it will be different, and we’ve just got to make sure that we’re ready for what that looks like and making the best of it.

TCI: So what can people do to help out their favourite festivals, artists, bands, venues, etc.

JR: The best thing to do for musicians certainly is to listen big with the locals. Streaming songs on Spotify and all the other services. If you can afford it to pay for whatever service that you can, it means the world to musicians. Making sure that you’re not ripping music and that you are paying for it in whatever way you’re listening. There’s Aus Music T-Shirt day coming up on 17th of April. So showing your support by wearing some Aus music merch on that day is really useful and posting, tagging and talking about it. Listening to any of the live streaming services that are doing concerts, again, I would say giving a donation or if you can pay in any way.

Just making sure we’re not taking for granted some of these artists who are putting things on for free. There is Support Act which like a Lifeline for our industry. So, again, if you’ve got the money just a little bit, a lot, any bit you can donate to Support Act is awesome as well. And as soon as doors open, as soon as we can get back out there and get gates open, just going and supporting your local music economy. Just showing up and being there, because that’s what we’re all about. Right now, I’m sure that people are missing that feeling of community and society. So that’s what we want to get happening again.

TCI: It’s obvious that it’s important to support the music and media industry during this time. Why do you think it’s so important now more than ever?

JR: I think that musicians and artists do tend to rally in a crisis. We were there for the aftermath of the bushfires, putting on free gigs to help raise money. And right now, because everyone is hurting, music and these creative platforms have the power to make you happy and bring people together. So, supporting an industry that makes people happy and brings people together is really important. I think it’s going to be really important moving forward for everyone’s mental health to keep enjoying these kinds of things.

TCI: What would you say the main goal or objective of I Lost My Gig is?

JR: So it’s weird to actually say that in such a short time that it did meet its objective, but certainly we wanted to tally the results and tally the losses to the sector, and we really got noticed and we really got heard. A lot of politicians and policy-makers are talking about the data that’s come out of this site. But we’ve also been able to pull together a whole bunch of resources for those people who did apply. So online there’s links through to all of the different stimulus packages and relief packages, not just federal but state and also local government because there are quite a lot of relief packages out there for our industry to look through and see if there’s anything that can help. And hopefully we’ll then be able to announce through the site when we reopen and get people getting out to gigs as well.
We just want to quantify and qualify the losses of the gig economy, which is a largely misunderstood industry because I think policy-makers are really used to dealing with a nine to five type of worker. It’s really easy for them to understand the retail sector and tourism, with the airline sector. But I think that this sort of area is a bit unknown and it’s a bit messy. It chops and changes between full-time, part-time, casual, sole traders, they all operate in really different structures and really different financial budgeting measures, but trying to shine a bit of light on that.

TCI: Is there any government funding at this stage for any of the musicians or for I Lost My Gig?

JR: Yeah there are a range of measures. Both the JobSeeker and the JobKeeper payments might be applicable for some of these musicians and artists, and then also the ancillary businesses. Most states have also come out with some form of Arts package that includes funding or rent ease or something along those lines for their local musicians. There’s certainly things out there, all of those resources have been linked on our website so that people can just click through and find out what might suit them.

TCI: So can you tell me any stories of bands, artists, venues, or anyone in the music industry that have been affected by the Coronavirus and have connected with I Lost My Gig?

JR: We didn’t necessarily go out with the intention of giving people something in return, we just wanted to tally the losses. However, we did compile quite a lot of stories that we distributed through media outlets and directly to politicians with the approval of the applicants, so that their specific story could be heard. A lot of those stories did get picked up by the Australian Magazine, The Guardian, The 7:30 Report, ABC News and many other media outlets. What we’ve been receiving back is just the fact that they’re really grateful that we were there to hear their story.

TCI: What would be your best advice to bands, artists or anyone going through this right now in entertainment sector? And what would you like to say to them?

JR: I think the best thing for them to do, certainly if they’re a musician or band, is to contact their state music body. They’ve got a lot of good resources for them to use. And then, a lot of these musicians have been really clever and getting straight on the streaming platforms, doing live concerts and being a part of live Instagram festivals and things like that, which are really taking off. These things are really helping with all of us, being stuck in isolation. So, being flexible, being able to pivot and being open to new ways of doing things.

Visit the I Lost My Gig Website for more information.

If you or someone you know needs support, there is help available:
Contact Support Act Helpline

The Best Kind of Delivery: Chocolate.