INTERVIEW: Kacper from Hey Baby! talks about the tour for their new single: "Kids"

When I spoke to Kacper Majchrowski, the guitarist and vocalist of local Brisbane band Hey Baby!, he was making himself at home in a hostel in Wollongong.

“I’m sorry I’m distracted – I went to go to the bathroom and I looked in the shower and the toilet is in the shower. It’s quite beautiful!

Now you can shower and poo at the same time, it’s like a winning combination. You can already brush your teeth in there, that’s two jobs at once, now you can do all three! The future is now. Fuck iPhones.”

Kacper and the rest of the band were in Wollongong on the first leg of their tour around the country for their new single, “Kids.”  They played at Rad Bar in the Gong before heading towards Sydney for the next shows.

“We’ll be going back to my folk’s place in the Blue Mountains and staying there, and just driving to Sydney and back for the next two nights. It’s only like, an hour away.

It’s a good excuse to see them as well, ‘cause I don’t get to come down too much, ‘cause of work, so whenever I’m in town with the band, I can just pop in. I get to see the puppies. I call them puppies because they’re small – they’re Yorkshire Terriers. There’s a boy and a girl and they used to just, like, make heaps of puppies, just of their own accord, before we desexed them, so we would have, like, litters everywhere running around.”

The roadtrip from Brisbane to Wollongong had already been eventful.

“It’s been good – we were driving for so long yesterday, we managed to stop at a skate park for a skate, Woolgoolga for a surf.

We usually just take it in turns driving, except Jaeger had to go the whole way by himself, cause I was functioning on like, little to no sleep, I only had an hour or two.. but like, he picked up a hitchhiker named Ben… We call him and we’re like ‘where are you’ and he’s just like, ‘we’re still in Kempsey’ and he bought his guinea pig along… His logic was ‘oh, he’s got a short life and he needs to see the world.’ So he bought his guinea pig along and he was like “we” and I was like ‘are you fucking talking on behalf of Kingsleigh [the guinea pig] now?’ And he’s just like ‘what?’ and just like, kept going… and then I hear another voice and I was like, ‘nah, nah, I’m not tripping – who’s that?’ and he was like ‘oh, I picked up a hitchhiker named Ben, I’m dropping him off in Port Mac.’ I’m like ‘what the fuck?’”

Are Hey Baby! generally this spontaneous?

“When it comes to the planning of the tour, that’s a nightmare – I hate it, I don’t like it, we need a manager. Just like, waiting to hear back from bands, over a week… Apart from that, like, yeah, we’re pretty spontaneous, we just jump in and do it. We just try to embrace it and have a much fun as we can and just go out and have fun.

Jaeger [Brodie] is probably the loosest… he’s always doing something crazy, like climbing shit he shouldn’t be climbing, or taking drugs he shouldn’t be taking, like, whenever he wants to, just at the drop of a hat. Jaeger is more spontaneous, then it’d probably be me, and then… I reckon Sam [Wilson] is looser than Chicken [Daniel Chlonta] – I reckon Chicken is the silent, yet stern mate you would have, I guess. ‘Yeah, yeah, this is cool, this is cool, but chill the fuck out now.’ Everyone needs a Chicken. It’s like ‘alright, I’m fucked, maybe I should listen to you.’”

I admitted that I was the Chicken of my friend group and he earnestly replied: “You’ve probably saved lives.”

So, what’s next for Kacper and the rest of the Hey Baby! gang?

“After the tour, I think we have a couple of shows lined up, we’re playing with the Pretty Littles, which we’re pretty stoked about. Then we’ll probably do the rest of the EP, and then hopefully dropping it really quickly – we’ll probably release a single first – and then drop an EP not too long after, and then hit the road. I think the plan is to do a hometown tour, like Sunny Coast, Brissy, Gold Coast, Byron, maybe Toowoomba, keep it mostly in the state, and then for our EP, just do a massive one, again.

I’d like to go to the smaller towns… they’re hard to book sometimes, but I really love playing smaller towns because the kids are really thirsty for good music. They treat you more like a novelty, which is great, they very excited to see you, whereas when you get to a big city, sometimes people are just like ‘meh.’ It’s a Catch-22. You move to a city to do arts and music and stuff and you see so much that you just end up sitting at home, and getting uberEats – everyone loves uberEats.” 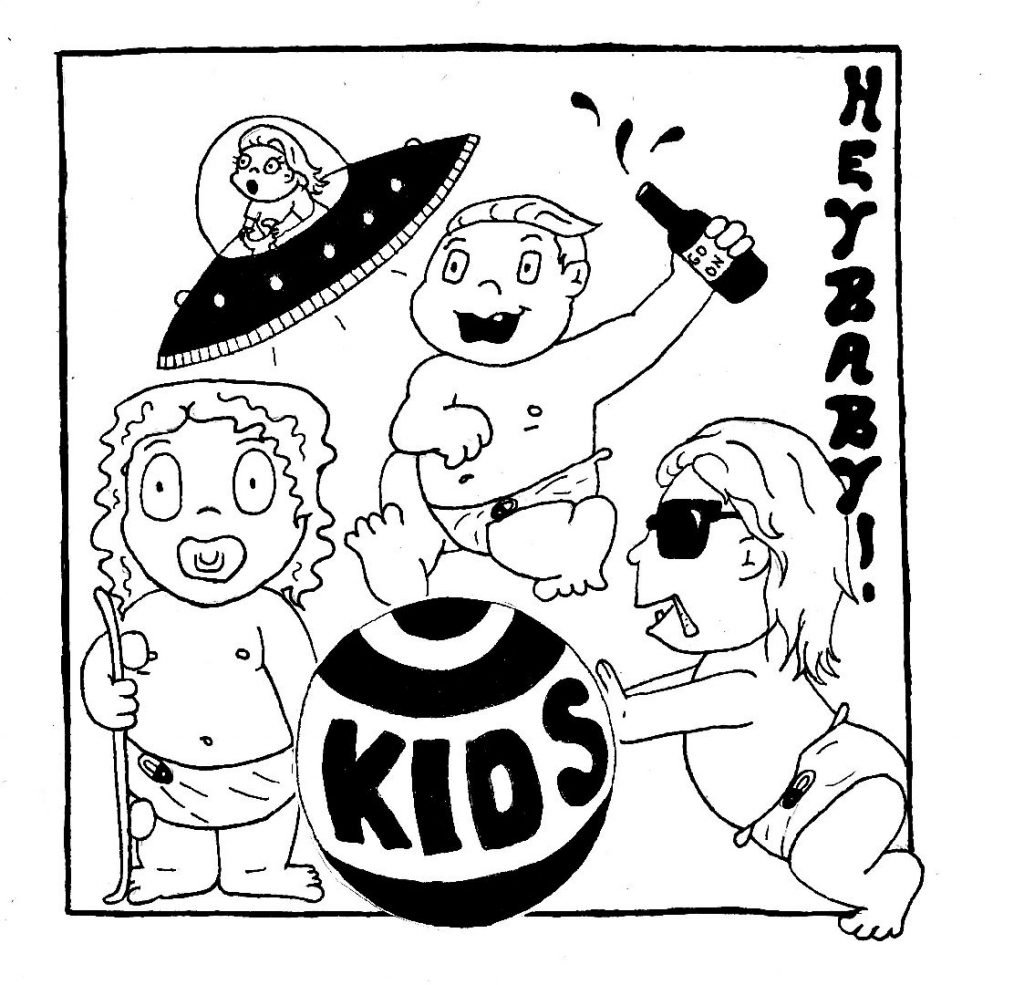 Kacper and his girlfriend at the time decided to move to Brisbane from down near Sydney, and he told me what it was about good ol’ Brisvegas that appealed to him so much.

“Our logic was that we both really liked the bands that were from up here. We liked Dunies and DZ Deathrays and were really big on Velociraptor as well. The Grates were also sick. There must be something up in the water, ‘cause all of the really good bands, at the moment, for the most part, seem to be coming out of Brisbane. I ended up just moving to Brisbane by myself.

We used to be like a lot punkier – like old-school punk riffs and stuff – nothing hardcore… But there’s just something about sunny Brisbane that makes you play more jangly, surfy tunes.

Sydney was way too expensive and everyone was in a rush. I like the kind of working-class culture of Brisbane. It’s very unpretentious. It’s very modest of itself. It doesn’t try too hard to be anything in particular. It just, kinda, is. It’s very laid back, and people are very chilled up here, that’s what I like about it.

Sydney was very rush-y and Melbourne is fucking freezing! And everyone moves to Melbourne, even in Sydney people were moving to Melbourne. So I was like – why don’t I do the other thing, that no-one, really, is doing. I’m gonna go to Brisbane, ‘cause I thought that would be interesting, to go down a path that not many other people were doing.”

To see their latest single “Kids” and other “jangly” tunes, make sure you catch Hey Baby! in all their glory next month.

Review: Emily Tresidder’s No, You Hang Up