Hitchcock/Truffaut: A Documentary On The Artist Behind The Camera

Offering an illuminating glimpse of the ground-breaking interview that sought to establish Alfred Hitchcock as an auteur, Hitchcock/Truffaut contextualises the career of this famed director and the circumstances that led to this momentous meeting.

In 1962, French filmmaker Francois Truffaut sat down with his favourite director Alfred Hitchcock at Hollywood Studios. What followed was an in-depth discussion of Hitchcockâ€™s entire body of filmic work and his filmmaking approach. At least 26 hours of audio was recorded and transcribed to produce a book, entitled: Hitchcock Truffaut. This book became, what many refer to as a â€˜filmmakers Bibleâ€™.

This discussion typified a turning point in cinema, where filmmakers were beginning to be considered artists – auteurs: imputing their own perceptible style into their films. It was a noteworthy meeting, conducted by two note worthy filmmakers. As the documentary asserts, â€œHitchcock and Truffaut: they were from different generations, and different cultures, and they had different approaches to their work, but both men lived for and through the cinemaâ€. 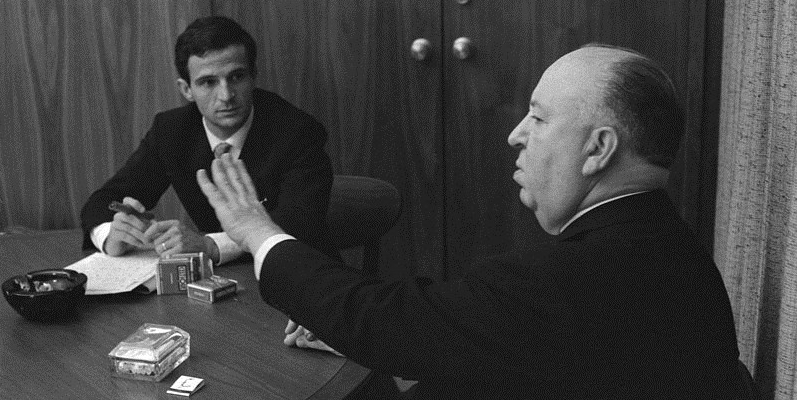 Interweaving the audio from those interviews throughout the documentary, Hitchcock’s distinct voice rings over the very first scene, a suspense-filled sequence of shots from his film Sabotage. He asks, â€œwhy do these Hitchcock films stand up well? They donâ€™t look old-fashioned â€“ well I donâ€™t know the answerâ€. Throughout this 80-minute documentary, director Kent Jones attempts to answer this question. Using sections of audio from the interviews, scenes from his famous films, archival footage, home videos, photos, letters and more, Hitchcock is depicted as a great, pioneering filmmaker who encompasses an unyielding vision, who directs and creates with rigorous precision.

Jones avoids a rehash of old material by infusing insights and opinions from ten well-known directors who obviously have a respect for Hitchcock, including Martin Scorsese, David Fincher and Wes Anderson.

While the documented material was intriguing and the interviews with the many directors held my interest, I couldnâ€™t help but feel a little unsatisfied. At many moments in the documentary I wanted the discussion to delve a little deeper, often feeling that a subject would just touch the surface before moving on to another aspect. However with such a constricted time span it is understandable why this is the case. The 80 minutes is it not nearly enough time to properly explore Hitchcockâ€™s films, the theories or the man himself.

But this should not discourage cinema lovers, who are looking for a night of film appreciation. Hitchcock/Truffaut is a fun celebration of the Master of Suspense.

Hitchcock/Truffaut isÂ no longer screeningÂ in Brisbane cinemas as it had a limited release. It has yet to be released on streaming services but is available on DVD.