We recently had the opportunity to ask Dusty just what makes these shows stand out from the usual Dusty Rich insanity that characterises his stand up and comedy performances.

“So, The Lying King is about me, moving from South Africa to Australia and it’s basically embellishing the stories about how I grew up, and the animals and that sort of thing. Making fun of the whole situation, and the big scary African jungle, that’s not really like that at all, it like Australia really, just larger animals. “

“Brain Grenade on the other hand, is about nothing and everything. Brain Grenade is a completely improv hour. I stand up and go, at the middle of the show the suggestions of everyone in the audience will go through a computer screen and will show up behind me, and I will have to do stand up comedy on whatever’s on the screen. It’s going to be a high wire act.”

Curious as to why the decision to perform two shows on alternating nights at this year’s Brisbane Comedy Festival, we broached the question with Dusty as to just what inspired his choice to essentially double his workload. 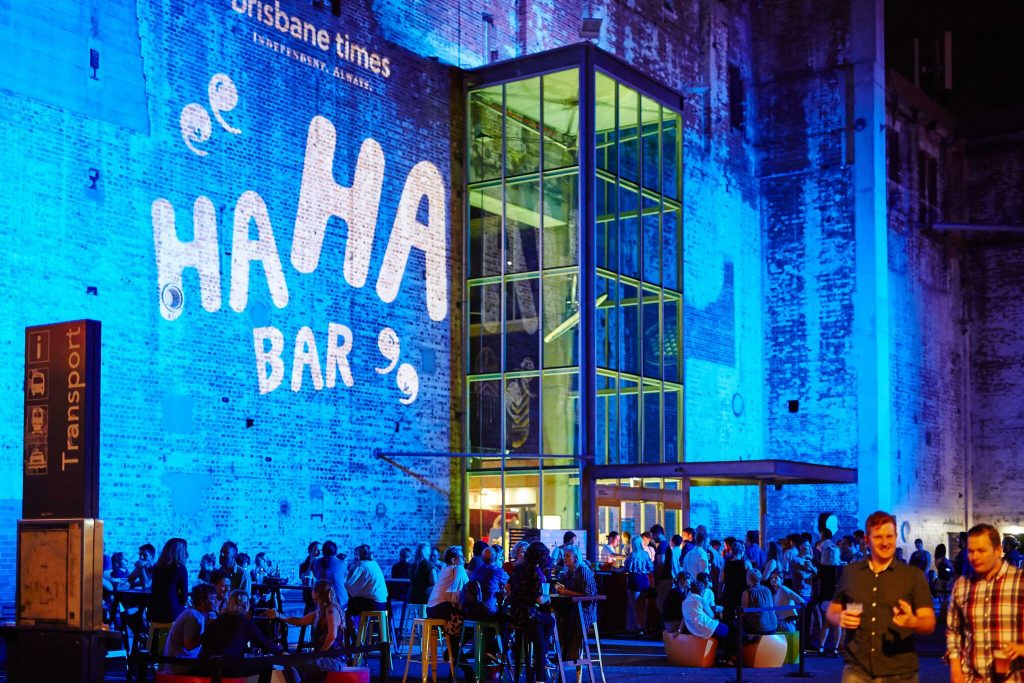 “I’m kind of well-known for my improvisational skills, I’m kind of known for making it up on the spot, but you never want to be pigeonholed or anything like that. The improv thing for me comes very naturally, and it’s not difficult at all and it’s a lot of fun, it’s too much fun. So, I wanted to present something that I needed to put the extra work into, that had a nice arc to with a message behind it, and a little bit written.”

“Brain Grenade’s just a lot of fun, and Lying King is a lot of thought. Also, I think comedians are lazy shits and they should work harder.”

As well as what audiences can expect from either show 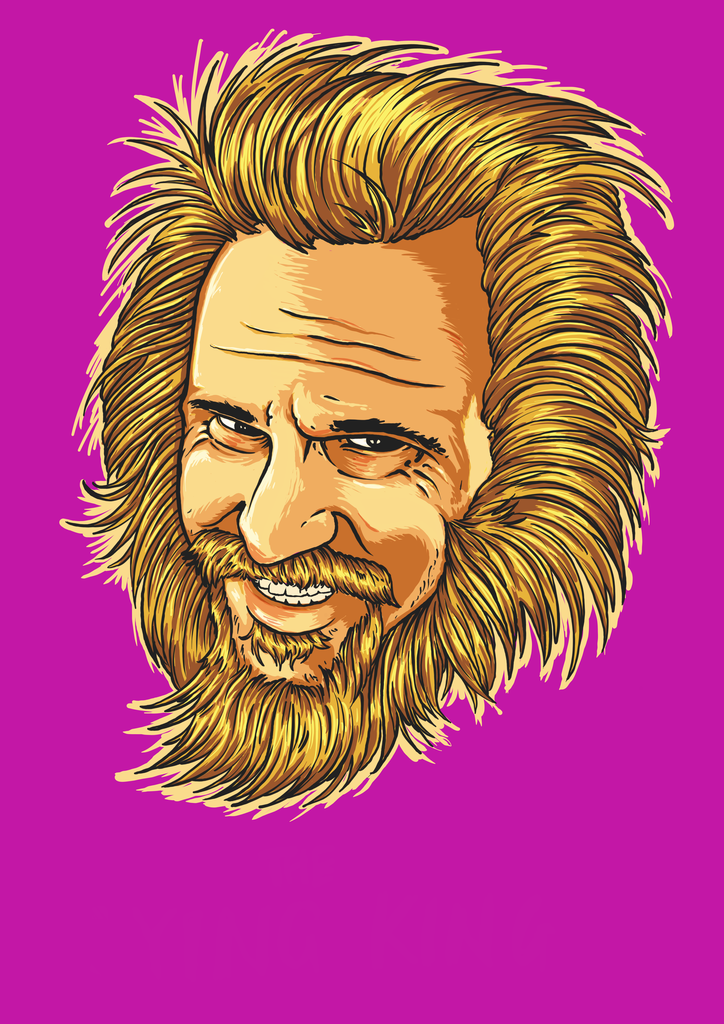 “As far as Brain Grenade in concerned, I have no idea. I’ll be as excited as the audience is, the set list that happens half way through the show, that’s up to the audience. It’s heckler friendly as well, if you want to come and be a heckler, you’re welcome to have a chitchat. Most comedians are afraid of that kind of thing, I’m excited, I’m excited for people to come and have a chitchat, as long as they do it in front of everybody, and I’ve got the loud microphone. It’s going to be exciting, that’s what it is, just plain insanity.”

From this, we asked what unique technical challenges Dusty faced in bringing his shows to Brisbane Comedy Festival 2019.

“The only technical thing that I would have to deal with, would be that hopefully in Brain Grenade, that the audience comes up with good stuff for me to do jokes about. You know a lot of people, when you ask for suggestions, will just go for the first thing at the top of their heads. So, you can imagine there’ll be a lot of “Trumps”, there’ll be a lot of stuff like Oscar Pistorius probably, because I’m from South Africa.”

“So, I think the only technical thing will be in Brain Grenade, and the audience coming up with good suggestions, so that my producer can put them through the system and put them on the projector. Something that’ll be a challenge or be something funny that I can work with. I think the technical challenge there, is that it takes just a little bit extra rum and coke.”

We wondered what Dusty hoped would come from these shows.

“I think my hope is, as usual, laughter, just laughter. That’s all I really care about, that’s all I’ve ever really cared about. My entire life is making people laugh, so a bit of laughter.”

“I never put stars, or reviews on my posters, because I don’t quite understand the concept of a review, that one person, from one newspaper; I don’t know what their day was like, if they’re in a good mood or a bad mood or whatever; they go “that’s how I felt about the thing” and then everyone is supposed to go and feel that same thing, it doesn’t make any sense to me.”

As well as any future hopes for the shows beyond Brisbane Comedy Festival 2019.

“As far as the shows go though, Brain Grenade I actually want to turn into an annual show. I want people to get excited about the high wire act of not preparing at all.”

Having played international crowds, we were curious how Dusty found that Australian audiences differ from others.

“Australian audiences, probably for me, are the best at taking a joke in the world, that I’ve experienced personally. I think that Australians don’t take themselves too seriously, like a lot of the world. Like, in South Africa, you’ve got so many underlying tensions, you never know who you’re going to offend.” 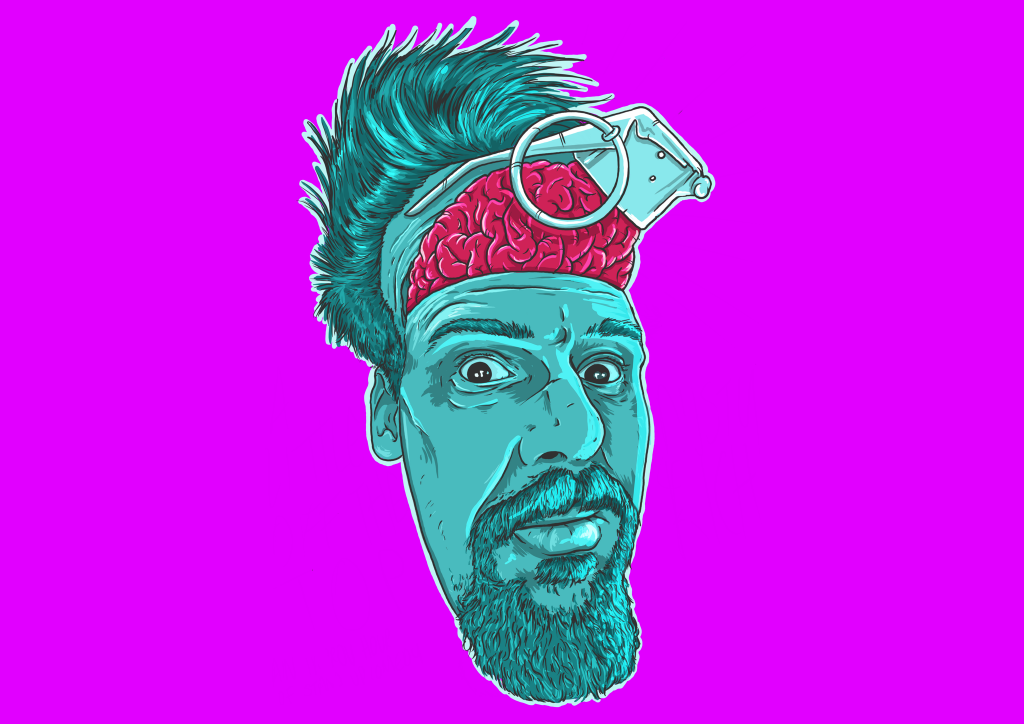 “I think it’s just the history of the place, this is a different place to the rest of the world, it’s why I love it, it’s the land of the outcasts if you will, that’s how I feel about Australia, and why I love being here.”

We wondered if Dusty had any interests or pursuits beyond actively seeking laughter and offense through comedy.

“I like to go by the title of Comedian and Artist, that’s my official title that I like to go by. I am an exhibiting artist, I make art all the time. That’s what I do, I do stand up in the evening, wake up around ten, go to the studio I have in West End, do art until four or five o’clock, go home, shower and go straight to a comedy gig again.”

“I’ll be doing a solo showing of my art in West End later this year, and some of my stuff, I might show at my comedy show, I might throw a couple of canvases up, just to show people that’s the other side of me.”

In parting, we asked Dusty to offer up some inspiring final thoughts.

“Obviously there’s a lot of sacrifice, if you know any stand-up comedians, they earn nothing at the beginning, open micers are a terrible terrible thing, because you’re performing to almost nobody, for no money, for a very long time, until something cracks. Same with art, you’re putting your all into the canvas, and nobody gives a damn, because you practically have to die for your artwork to be famous or put your paintings on the side of a wall and be called Banksy.”