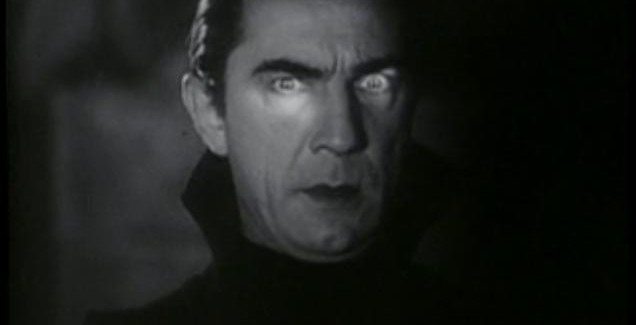 Oh, why hello. I didnâ€™t see you there.

If you have gotten this far then you have obviously read the title of this article and thought: huh, I guess I donâ€™t want to be scammed by a Lithuanian woman â€“ this looks like just the article I need to read. Believe me, it is.

It was in December of last year that I was the victim of such a scam, and as a result I have compiled this list of tips that can help you – yes YOU – to avoid being coaxed to a convention under false pretences and making an idiot of yourself and potentially being drugged etc.

For the sake of this article, we will call the tiny Lithuanian woman with the voice of Dracula â€˜Helgaâ€™. Helga apparently worked in fashion and so I excitedly gave her my phone number in the hopes of gaining some sort of job or internship. It was a couple of days later that I received a call from a private number to hear Dracula inviting me to a function that just happened to be on later that afternoon.

3.Â Â Â Â Â Â  If someone describes something as a â€œspecial, unique opportunityâ€ that is scammerâ€™s code for â€œI am lying, I canâ€™t believe she is falling for this, what a stupid bitchâ€.

So there I was, excitedly driving over to the other side of Brisbane for what I was told would be a fashion networking event where I could meet and greet with all the big players in the fashion industry. Helga had a â€œspare ticketâ€ to the â€œeventâ€ and â€œthought of me immediatelyâ€. Finally, I thought. Everything is coming up daisies for good old Genevieve.

4.Â Â Â Â Â Â  Tell someone where you are going. This way if you are murdered, the police will know where to start looking.

In my girlish eagerness I completely forgot to tell anyone where I was going or who I was meeting or anything at all. All that was going through my head was a montage of me working my way up the corporate fashion ladder until I was sitting at a glass desk asking Anne Hathaway to bring me the unpublished Harry Potter manuscript, or she shouldnâ€™t bother coming back. Thatâ€™s all.

5.Â Â Â Â Â Â  If you arrive at your destination to discover the event is being held at the Hillsong Church, youâ€™re gonna have a bad time.

Helga was very nice. Too nice. She told me everything I wanted to hear; that I was intelligent, out-going and that my attitude was going to get me far in life. And you know what I was thinking when she was telling me all this? Oh my godâ€¦ she is so right.

Once we entered the massive conference room within the church, Helga reached into her purse and pulled out a protein bar and an energy drink. She passed them to me and in her thickest vampire drawl she murmured, â€œDrink. Eat. Give you energy.â€ I wish I could tell you I politely declined her offer of foreign and very high energy snacks, but I ate that protein bar and drank that energy drink before she even got the chance to finish her sentence. Trust me, I am just as surprised I am still alive as you are.

Helga assured me that the networking would begin as soon as the â€œbusiness conferenceâ€ was over. Being from the small country town of Charters Towers, I said howdy tooty and took her word for it. The lights dimmed and music started blaring through the room. The entire audience stood up and started cheering, whistling and clapping in unison. I stood there thinking that this wasnâ€™t like any business conference I had ever heard of, and as I looked around it kind of seemed like everyone had been lobotomised. I was certainly not prepared for what would happen nextâ€¦

9.Â Â Â Â Â Â  When a fully grown man runs around a stage screaming WHO â€“ IS READY â€“ TO MAKE â€“ MONNNAAAAAYYY, the chances are you are not at a fashion networking event, you are at an AMWAY PYRAMID SCHEME CONVENTION.

So there I was, sitting through the most gruelling hour of my life listening to people talk about selling toothpaste and owning houses so big theyâ€™ve lost track of what each room is used for. But still, I stayed and held onto the hope that I would meet the fashion people as soon as it was over.

As the conference ended and everyone walked out, I realised that there would be no fashion people. I should have left a long time ago. Frankly I am amazed that I wasnâ€™t unconscious from the potentially drugged protein bar I had eaten earlier. As we walked out of the church Helga pulled me aside and presented me with a booklet and informed me that it would be $400 a month to sign up underneath her, and I could conveniently give her my credit card details right then and there.

10.Â Â  After being had by a con artist and feeling unsatisfied with the quick and quiet exit you made, write a scathing article about the experience and hope that HELGA can read.

In hindsight I should have smacked her in the mouth, given her a piece of my mind or chased after her with garlic and a sharp stake, but the harsh reality was I just shook my head, walked away in disbelief and then bawled my eyes out in the car on the ride home.

So there you have it, the story of the time I was tricked into attending an Amway convention by a cunning liar. I hope this comprehensive guide on How Not To Get Scammed By A Lithuanian Woman can somehow help you in the future.

Oh and if you happen to see Helga, tell her I said that her protein bars taste like Bigfootâ€™s dick.