How to film a music video on a budget

Unlike famous platinum-selling artists, most local bands don’t have millions of dollars to spend on their next music video.Â
It’s a simple fact of playing in a local band. Not making an enormous profit on live shows and music sales means that the budget for things like recording albums and filming music videos is going to be tight.

Even after filming goes ahead, unforeseen obstacles often mean that a video will never get produced. Despite these hindrances, many smaller local bands have managed to produce decent music videos. All that’s required is the ability to think outside the creative box.

The first stage in producing a music video is to come up with an idea.

“A lot of musicians areÂ genuinely interested in film and it creates another avenue of artisticÂ expression, especially if the artist or band is heavily involved in the musicÂ video’s concept,” says Greg Kelly from Brisbane media production company Creative Clones.

“Having a music video on television or online also createsÂ another medium for promotion and marketability.”

When it comes to creating the idea, sometimes the band will come up with an idea and other times the producer will.

“Bands often have great ideas though – I am doing two more before the end of the year which the bands have conceptualised themselves and I am very excited to do both,” says Adrian Pagano from Infected Monkey Film and Media Productions.

“The trouble is however that bands will often think that some ideas will cost a fraction of what they actually cost. For a band thinking about their own clip I would advise to keep the idea manageable and the message big.”

This is why producers like Adrian will often come up with backup ideas in case the band’s is not feasible. 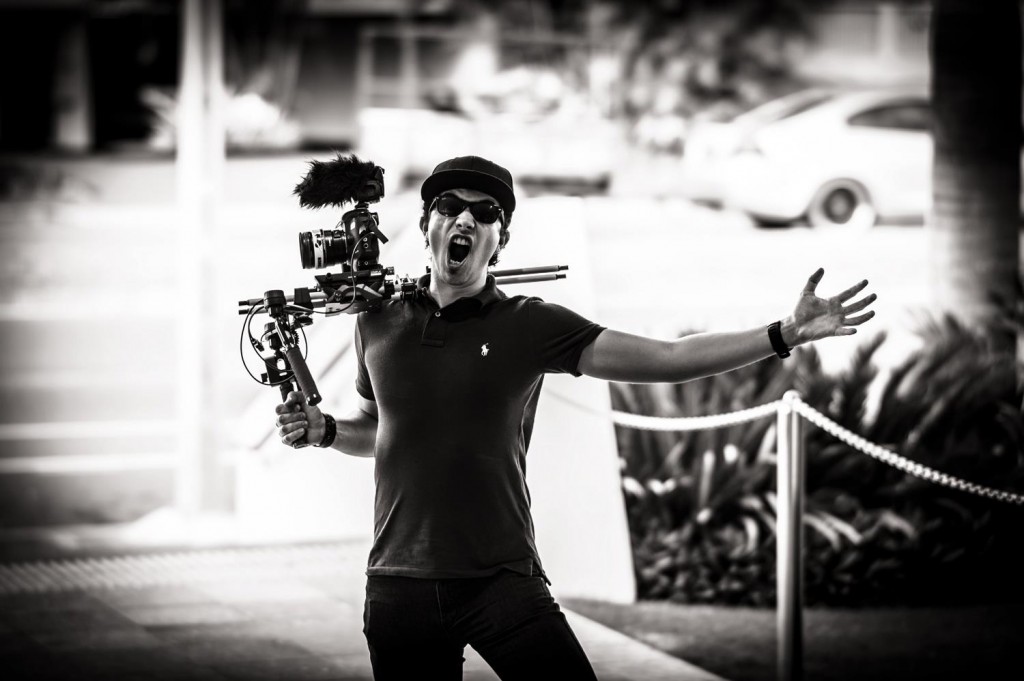 One of the numerous music videos that Adrian has produced is Not Your Heroine by alternative rock band, The Androgyny.

“Because I deal with metal and punk bands, mostly the ideas for clips are fairly extreme, which I like. Usually, however the ideas are my own and I will pitch them to the band and see if they like it… It’s very difficult to get more than $1,500 for a clip which is about the highest I aim for, unless it is a really complex idea.”

The video for Not Your Heroine took one and a half days to film and cost $1,000 in total.

“The band wanted a more visually interesting clip rather than something with more of a story so we decided to go a bit crazy on the performance side of things and shoot wherever we could think of.”

To avoid having to pay for a set, the video was filmed at a friend’s house, the carpark of radio station 4ZZZ and a rooftop in the valley. According to Adrian, owning your own equipment and not focussing too much on massive production value are other ways to keep the costs down.

While The Androgyny wished to have a music video that showed the musicians themselves, The Abbey Skyway decided to go for a much more minimal approach when producing the video for the song Thistles. Greg Kelly was tasked with producing that video.

In total, the cost of producing the music video was around $750. However, Greg also says that he’s been asked to do music videos on budgets between $200 and $3,000.

“[The $750] covered our camera and equipment hire, mates rates and catering. Paul (the artist) supplied the locations, which saved us money. Securing a location is half the battle.”

Rather than seek out another location, Paul decided to have it filmed at his own house and surrounding area which made Greg’s job a lot easier. Despite the fact that shooting the video only took one day, the whole editing process took several months as it was done sporadically.

In contrast to Not Your Heroine which shows the whole band, Thistles only features one person, this being Kyla Nicole Nelson.

“She’s a local actor that we found through Starnow [an online talent directory] back in 2011 when we were casting for a Tropfest film. Brisbane has a small film community, you usually work with the same cast and crew often.”

Media production companies can provide artists with ideas as well as the means to film their music video. However, altruism doesn’t pay the bills, meaning that producers always have to charge the artists a fee. That is of course, unless you work with film students.

Many film schools run music video courses meaning that students have to film and produce one for assessment. In order to have material for their assessment, film students can offer their services to artists free of charge.

Creative Drinks’ own film journalist, Kristina Barry has had experience directing music videos. At her film school, there is a project called ‘integration’.

Musicians from outside the university can also email the school and ask if any students are interested in doing a music video unpaid. However, the ‘free of charge’ part does not mean that no expenses are involved.

“We all chipped in our own money, as we do with all our film projects. For us, the music video cost $150 to create. Blame food. But props are a big contribution to music videos as well. If you’re getting a free music video, you’re actually getting a crew that’s either 1. willing to use their own money 2. plan on crowdfunding your film or 3. ‘know a guy’,” says Kristina.

Bands can contact film students and request that they direct their film free of charge for the purpose of ‘adding to your portfolio’. However, as Kristina explains, at the end of the day film students are often reluctant to film something on top of their compulsory assessment.

“We often explain this to non-uni projects, and they normally understand. They’re just happy someone’s going to help them out. But I’d let them know there’d still be expenses, because it’s quite hard having to fund every project you work on.”

Using the services of a film student still requires the effort of finding someone, liaising with them, sharing ideas and ultimately finding a compromise between what the band and producer want. This is not the case if the band decides to take the DIY approach.

Adam Finlay was the guitarist for the now-defunct hardcore band Sevenskies. While other artists spend a long time planning their music videos, the actual filming of the video for What the Thunder Said was done around a week after the band decided to film it. The video itself featured a large group of people who were sourced from Sevenskies’ fan base.

“The project was super last minute and not well organised to be honest. We’d talked about doing a clip for ages, then pretty much a week before we filmed it we were like ‘screw it, let’s do it’, made a Facebook, Myspace event telling people what was up and that we needed as many bodies to come down as possible.”

Because they didn’t use a production company or a film student, the band had to source their own equipment. They borrowed a generator to run the lighting and equipment and filmed the clip at night in a university carpark. The person who did the filming was Charles Thomas from fellow band The Medics who offered his filming and editing services for free. Because of this, Sevenskies did not pay a single cent to produce their video.

However, the problems with the DIY approach became apparent during the editing process. The band had total control over what was filmed, however Charles found that the footage he had to work with simply wan’t good enough to produce a quality music video.

As a result, he elected to not produce it as he didn’t want his name attached to a sub-par music video. However, Adam respected his decision saying that, “as a fellow artist I can appreciate this totally”.

The DIY approach is the cheapest, but also the most risky. Adrian Pagano usually discourages bands from making their own videos.

“…an unprofessional product will often discourage not only fans but also promoters and lables. Making a video on your iPhone or camcorder is fine if you’re not aiming to go beyond local venues, but it will actually damage your image at a higher level.”

The DIY approach to music videos doesn’t necessarily mean a failed attempt or a poor quality result. Thrash metal band Malakyte decided to make their own video for the song Embodiment.

As the video is mainly live shots of the band, drummer Liam Guy simply brought his video camera along to gigs and got his friends to film it. Live footage is much simpler to film than a large group of people who are following instructions, and videos like Embodiment can be done without any professional assistance.

All in all, filming a music video is not an easy task. Having a limited budget, as is the case with most local bands, makes this even more difficult. However, as we’ve explored, there are options, each one having its own positive and negative points.

Though much cheaper, film students can do all this as well, however, there is not guarantee of finding a director and crew who are willing to do extra work outside of their already busy uni schedule.

Making video without professional assistance means that the band can spend even less money and have total control over what gets produced. Although, this can incur the problem of a sub-par final product if the band is too ambitious.

Nonetheless, local bands without much money can produce a music video that will gain extra publicity for them and their music, it’s just a matter of weighing up the options that suit their situation.

Movie Food: the pros and cons