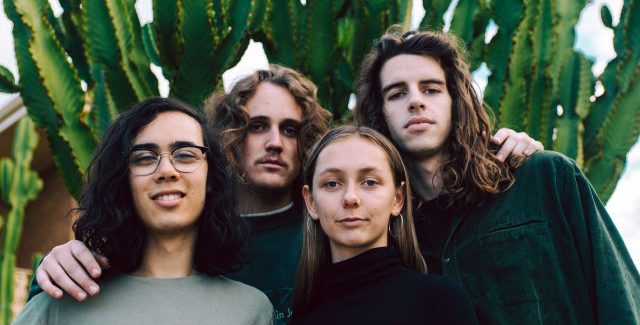 We have been hyping up BIGSOUND for months now and can now safely say it lived up to the hype. Featuring a whopping 153 artists, BIGSOUND had something for every music lover. So if you’re still hitting shuffle on your winter playlist and need some fresh tunes to brighten up your spring, here are the bands to hit play on.

Let’s start off with the obvious. If you are a fan of pop and love a good sing-along, it’ll be no surprise that Tones and I is the girl for you. Tones and I was undoubtedly, and very visibly, one of the biggest sets of BIGSOUND. There was not a single person in sight that wasn’t singing along to ‘Dance Monkey’ at the top of their lungs. Safe to say BIGSOUND is already pretty on the money with this one. I mean, booking an ARIA chart topper at an event designed to discover the future of music is not a bad feat. Despite her new found success, the Victorian singer-songwriter is still incredibly down to earth.  If you were lucky enough to stumble past, you could have caught her belting out some tunes with some mates at Rics Bar after her set.

Stream her if: you are a lover of a good Radio hit.

If you rate a good indie surf rock vibe then start streaming Concrete Surfers. These boys kicked off on day one of BIGSOUND and had the entire crowd pumped for the rest of the week.

I ran to make the last few minutes of these guys on Tuesday night, and I am oh-so glad. Admittedly, the garage-pop act was the only act I made it to twice. They have for sure landed themselves a place on my fool proof festival go-tos.

Stream them if you like: Red Hot Chilli Peppers, Hockey Dad, Vampire Weekend.

As I walked into The Zoo, the first words out of my mouth were “it’s like if Linkin Park was born in 2019”. On reflection, and as I took in the rest of the set, this definitely wasn’t my greatest off the cuff assessment. In saying that, these guys do give off massive late 90’s/early 2000’s indie punk-rock vibes, in the best way possible. They also sure know how to put on a good show.

Imbi the girl deserves a very honourable mention for being the best triple threat at BIGSOUND. They hit the stage with some powerhouse vocals, bouncy raps and a jazzy background track. Interestingly, their smooth tunes took a back seat as they turned to present some poetry. To my surprise, I found myself clinging to every word and so did the rest of the crowd.

Stream them if you: are in search of some music with a message (think a mellow Lizzo).

For all the jazz and hip hop fans, don’t fret BIGSOUND hasn’t forgotten you. It might sound a bit strange to combine the two, but Butter somehow pulls it off. It’s hard to wrap your head around these boys from Perth. They have the reckless, fun energy of mates competing in a battle of the bands comp yet the talent of seasoned professionals. I have racked my brain trying to think of a band to compare them to, but their sound is unlike anything that has come out of 2019. These boys from Perth are definitely a band to watch.

Stream them if: you find yourself tuning into Nick Cave and The Roots.

Hopefully your end of week playlist is looking nice and fresh after this.

From Darkness Brings It Into The Light