There’s some dreamy guitar pop that’s killing it at the moment in Australia,Â but one artist that shines through with his rawness and vulnerability is HOWQUA, known as Ben Campain to his mum. His EP “Naked” was co-produced with fellow Melbourne dreamboat Hayden Calnin, mashing some interesting electronic elements to a very much acoustic artist. Creative Drinks sits down with HOWQUA to talk the past and the future, including a possibly life changing trip overseas

The Creative Issue (TCI): A lot of people first saw you through your raw clip for “My Mindset”. Can you tell us a little bit about what was going on through your life at the time of writing the song and the making of the film clip?Â
HOWQUA:Â I wrote that song when I was in Western Australia on a bit of a soul searching trip. It was inspired by a good friend of mine who said to me, “You need to learn to love yourself”. I was pretty lost at the time and not very confident in myself or what I had to offer the world. However my desire to create continued to prevail and making music was really ever my only path. I think a bit of self confidence can go such a long way. For me I wanted the clip to represent visually a positive change in mind and body. I wanted it to show the progress of believing. I stood in front of a GoPro for 3 months each day and documented my journey towards a much more positive mindset.
TCI: There’s something really confronting about the clip and the message. Were you worried it was throwing too much in early on?
HOWQUA:Â It was incredibly scary to put myself forward that much with my guard down. When I launched HOWQUA I promised myself that I would always put the art and truth behind what I wanted to say first. I felt this was a good way to set the bar where I wanted it to be and beyond all the fears I had. I really needed to do this for myself. 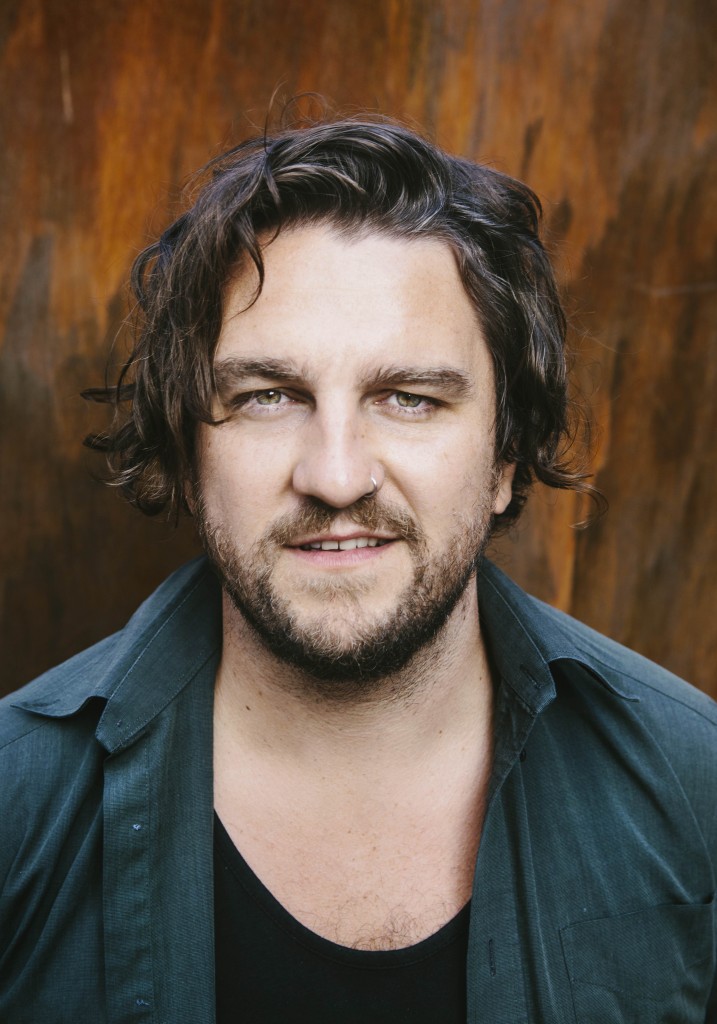 TCI: From there we can go to the “Art Beat” opening lyric “I think I think about my thoughts too much” from the EP “Naked”. How do you go communicating that introspection? Is it a difficult process?
HOWQUA:Â I really wanted the opening line of the EP to sum it up in a sense. I think in my songwriting I’ve always been able to go pretty deep in my own thoughts. It’s more about whether or not I was willing to share that. After making the decision I feel like it’s quite a natural process in trusting the lyrics and letting them write themselves.
TCI: The track “Time” really changed on the EP from the live version, with some nice subtle glitched electronics peppering throughout. How did that come about?
HOWQUA:Â This was originally even busier on the EP but Hayden Calnin and I decided to pull out a chunk of the surroundings to try and let the lyrics carry through more. The beat was based around the feeling of a clock and the ticking and time passing you by. The simple theory behind it is that regardless of whether you move with it or stop, time won’t wait.
TCI: There’s a great mix of styles on the EP, “Her” combining some great neo-soul elements in a really nice low-key way. How does a song like that develop over time?Â
HOWQUA:Â “Her” was based around the chorus inspired by my sister. But it became a track about the good female souls in my life. I wanted it to have a nice constant feel about it. Hayden had some ideas for a simple beat. So we played around with that and it got to where it is.
TCI: There’s a real sense of change in this EP, a state of flux. “Waiting” has such a strong melody yet the lyrics seem to be about uncertainty. Do you find this to be your natural state of being?
HOWQUA:Â There was definitely a state of flux in ‘Waiting…” where it is never really resolved but there is a lot of hope in it. I did this track in the studio with Jono Steer and it was the last one recorded on the EP. We spent a day at Sing Sing and the track had only recently been written at the time. I suppose to an extent I feel there is always uncertainly. Whether that’s based around being scared of what’s next or being excited.
TCI: How did you get to work with Hayden Calnin?Â
HOWQUA:Â I was in Western Australia and put together a crowd funding campaign. I had come across Hayden’s work online and really connected with it and it sat in a place where I envisioned my tunes sitting. After a few emails back and forth I spoke to him on the phone and from the get go we clicked and I knew he was the right fella for the job.
TCI: What do you think he brought out of you?
HOWQUA:Â Hayden is a very comfortable soul to be around. He’s super easy going and he has a great set of ears in the studio. We both had a similar vision for where we could take this EP and gelled really well. He really gave me a lot of confidence in my songwriting and created an atmosphere which was easy to get the best kind of lost in.
TCI: You were invited to play at the Canadian Music Week International showcase in May. What wasÂ that like.
HOWQUA:Â It was such a hectic but incredible experience. The weekend before we went to Canada we had a fundraiser show to raise the coin for my manager and my airfares. Three days before we left we booked our tickets. We had 2 shows locked in and in the 4 days we spent there I ended up playing 6 shows. I got to meet some great people, see some music I really dug, gain some very positive feedback and signed with a top notch booking agent for North America, The Agency Group. All round I think it was a great success and a real hoot.
TCI: What are your plans for the rest of the year?
HOWQUA:Â I’ve just announcedÂ my first headline Australian tour and will head back overseas later in the year. One thing I have noticed is that things can happen pretty rapidly and on the fly so as for the other in between bits, your guess is as good as mine. I suppose we’ll just wait and see!

An interview with Near East Quartet