ImproMafia set to rock the Bard in No Holds Bard

ImproMafia is an intriguing company. Performing regularly across Brisbane, interstate and even across the seas, they have been bringing laughs and smiles to our collective faces for over a decade, relying solely on improvised performance and the reactions from their audiences.

This week, The Creative Issue spoke to Amy Currie, ImproMafiaâ€™s Artistic Director and director for their upcoming show, No Holds Bard. This show is going to be a Shakespeare-inspired production that will rely on the stories of its audience to create an improvised Shakespearean rom-com, or tragedy, for example, Â depending on what is selected on the night.

For one night only, No Holds Bard will play to an intimate performance space â€“ the Paddington Sub-Station and promises to be a fun night out. Having an extensive experience with the company, Amy Currie is involved in many of their productions in different capacities. This is not the first time she has found herself in the directorâ€™s chair and seems to be very comfortable in the role. â€œIâ€™ve directed previously. Iâ€™ve actually done [No Holds Bard] in the past and Iâ€™m the companyâ€™s artistic director, so I assist with direction of all the shows that we do. This is my personal project, so Iâ€™m really excited to be doing this one.â€ 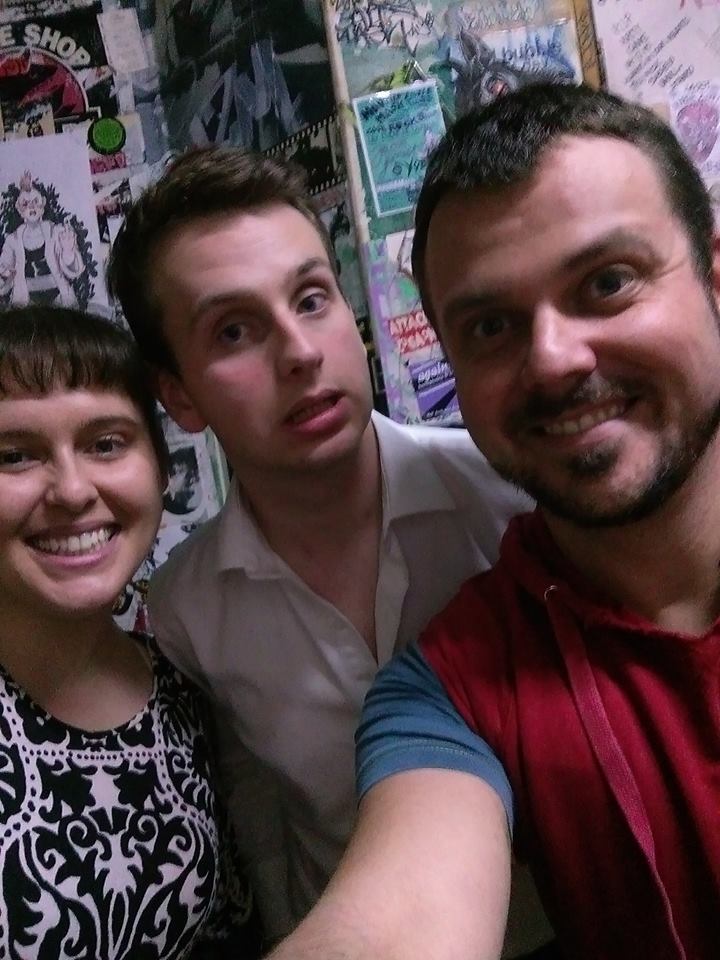 For her, the best part of directing an â€œimproâ€ show is creating worlds. â€œworking with the actors to think about whatâ€™s really important, what makes, for example, here in a Shakespeare show, â€œwhat makes a Shakespeare show, a Shakespeare show?â€ What things might we see again and again that would make good examples to use. And of course, itâ€™s a tool kit that we have, we certainly donâ€™t pick things off the list. But if you think about what the show means and youâ€™re aware of frequently occurring things, then you can put together something that feels like what itâ€™s attempting to pay homage to.â€

What audiences can expect from No Holds Bard are â€œmodern 2016 problemsâ€ with an Elizabethan twist. The actors will receive â€œoffersâ€ from the audience and in turn attempt to put them into context in a way Shakespeare might have done. â€œFor example, if somebody constantly fights with their partner about, say, taking out the rubbish, well maybe back in Elizabethan times, that would have been emptying the slop from the kitchen window. So weâ€™ll try to put a bit of a spin on things.â€ Ms Currie explains. The dialogue itself will be in an Elizabethan style, which might not necessarily be in perfect iambic pentameter, but the cast have been put through their paces to learn and attempt to emulate this difficult style of performance. â€œWeâ€™ve all been reading up and trying to get the correct use of our â€˜thees thys and thousâ€ and finding out about exciting Shakespearean insults, affectionate terms, and that sort of thing. So really putting the work in so that we can take that time to play in the moment without worrying about whether or not weâ€™re getting the dialogue correct.â€

â€œWeâ€™ll work towards a climax, we donâ€™t know what thatâ€™s going to be but if it turns out to be a romantic comedy between two lovers then perhaps itâ€™ll be the big scene where they finally get together. If itâ€™s a tragedy, then, perhaps it will lend to the big scene where everybody finally battles to the death. So weâ€™ll go into it knowing that weâ€™re building towards something. We just have to figure out what on the way.â€ 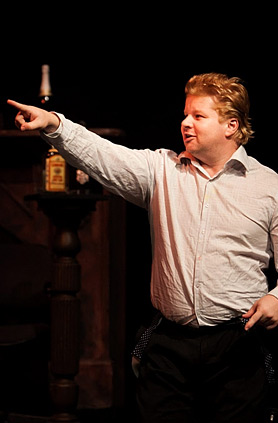 This production will not feature any one play in particular, but will include noticeable Shakespearean themes. â€œFor example, you might notice a bit of cross-dressing, or star-crossed lovers, or cunning plans, that sort of thing. So very much, we want to do something that Shakespeare might have thought up.â€ Audience participation is very important to ImproMafia and this show is no exception. â€œWe donâ€™t believe in dragging people up and embarrassing them or anything like that but we do rely on the audience to start us off, to give us some offers and weâ€™ll take those offers and do our very best to spin them into a story. We would not have a show without the audience.â€

The venue itself is on the smaller side, but Ms Currie feels that each and every one of the audience members will feel connected and involved in the tale. â€œIt only seats 40 and of course seats are going fast so weâ€™re hoping that everyone who comes along will really feel like theyâ€™re part of it.â€ And what would the Bard himself say about this show? â€œI think that people tend to think of Shakespeare as being very stuffy and respectable. But what I love so much about Shakespeare is, youâ€™ve got bawdy sex jokes, youâ€™ve got puns and plots and schemes, itâ€™s full of life, but a great deal of fun and Shakespeareâ€™s a very, very funny man and so I hope that he would enjoy us taking the piss I suppose, having a bit of a play with what he did and I like to think that he would think it was great fun.â€

ImproMafia can be found performing regularly at The Bearded Lady in West End. For those interested in learning impro skills from them, can find more about their classes here.
Images courtesy of ImproMafia

Mussel up at Bucci Restaurant this Good Food Month