With 72 artists contributing tracks this year, theyâ€™re working towards the final goal of a compilation album that will be available internationally. The chance to be selected as one of the top 10 artists (as judged by a panel of industry professionals) is also included, culminating in a collective gig at the New Globe Theatre.

The first group to get into the studio was Sports Fan, a keys-driven, harmonising trio who canâ€™tÂ speak more highly of their experience. 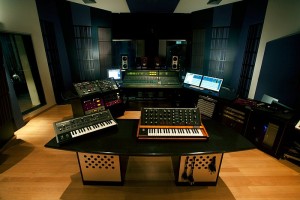 â€œTo record a song with an amazing set-up like the Gasworks studio was great. We had a lot of fun working with our producer within our four hour deadline and actually finished a little ahead of time,â€ said bassist Benjamin Webster.

The Indie 100 is a project designed to give artists free studio time meaning many take the chance to have professionally recorded and mixed takes of tracks that they otherwise would be demo-ing at home.

With a diverse mix of artists spanning most genres, itâ€™s sure to be an all-encompassing compilation.Â A taste of the varied names on the bill include contemporary rock outfit Black as Blue, recent ‘Ricâ€™s Exposed’ contenders Baskervillain and local indie-pop group Foxsmith

The final products can be heard on the Indie 100 Soundcloud page, updated daily as the tracks are finished, with the project wrapping up on the 31st of May. The album will be available on iTunes after completion.