Yorta Yorta soprano Deborah Cheetham AO takes the stage in her Opera Queensland debut in the latest Studio Series concert, Songs my mother sang to me.

The program celebrates women who have helped shape Deborah’s identity and inspired her as a singer. Deborah Cheetham will perform alongside pianist Toni Lalich OAM.

Deborah managed to squeeze a moment out of her schedule, whilst packing her bags for her flight to Brisbane, for a chat with TCI on her upcoming concert, career and championing First Nations peoples in performing arts.

The Creative Issue: How does it feel to make your debut with Opera Queensland?

Deborah Cheetham: The state opera companies do a really important job around Australia. They provide content to opera lovers that otherwise would never be seen or heard. Opera Queensland has been making a contribution in that way for so long now, they’re a really important player in the world of opera in Australia. So it’s a great thrill to come and to work with them and to be able to present this brand new recital program in their wonderful studio.

TCI: Tell us a little about the repertoire featured in the program, and the works you composed?

DC: These are all pieces that I’ve chosen carefully to map out the way in which music has shaped my own journey. Music is a very powerful force in life, to inform who we are. These are songs that have made a great impression on me or my development. So you’ll hear in this recital the music of Australian composers, for instance the music of Elena Kats-Chernin, Peggy Glanville-Hicks, Alison Bauld, and of course the music of my own. Alongside that, there is repertoire that audiences will be really familiar with, from the 19th century and early 20th century, the kind of repertoire for which I’m best known. The story threaded through them is a journey that I’ve been on in the last decade and I’m eager to share with audiences.

I’ve really focused in this last decade on setting the First Nations’ languages and stories to music. In this case, I’ve decided to sing something in the language of my people, the Yorta Yorta people. It’s a work I created on commission to the Melbourne Symphony Orchestra. I’ll be singing in Yorta Yorta and that will be an acknowledgement of the country I’m singing on in Brisbane, which is Yaggera and Turrubul country.

TCI: What are you most looking forward to in the recital? Any favourite or challenging pieces to perform?

DC: I’m most looking forward to being in a live space with an audience who will probably not be wearing masks! We’ve missed live performance in Melbourne. It’s been a very difficult twelve months. Now we’re clawing our way back into live performance. Melbourne is coming back very slowly. I’ve just been involved in a couple of shows in Sydney. Just getting back in front of an audience. From my point of view, the audience are the most important people in the room. Of course there’s me, and my partner Toni who’s on the piano, we’re telling the story, but all of it it pointless unless we have that connection with our audience. So what I’m most looking forward to is looking out at those faces and being very grateful that they’ve put aside the time to come and hear what it is we have to say through music. 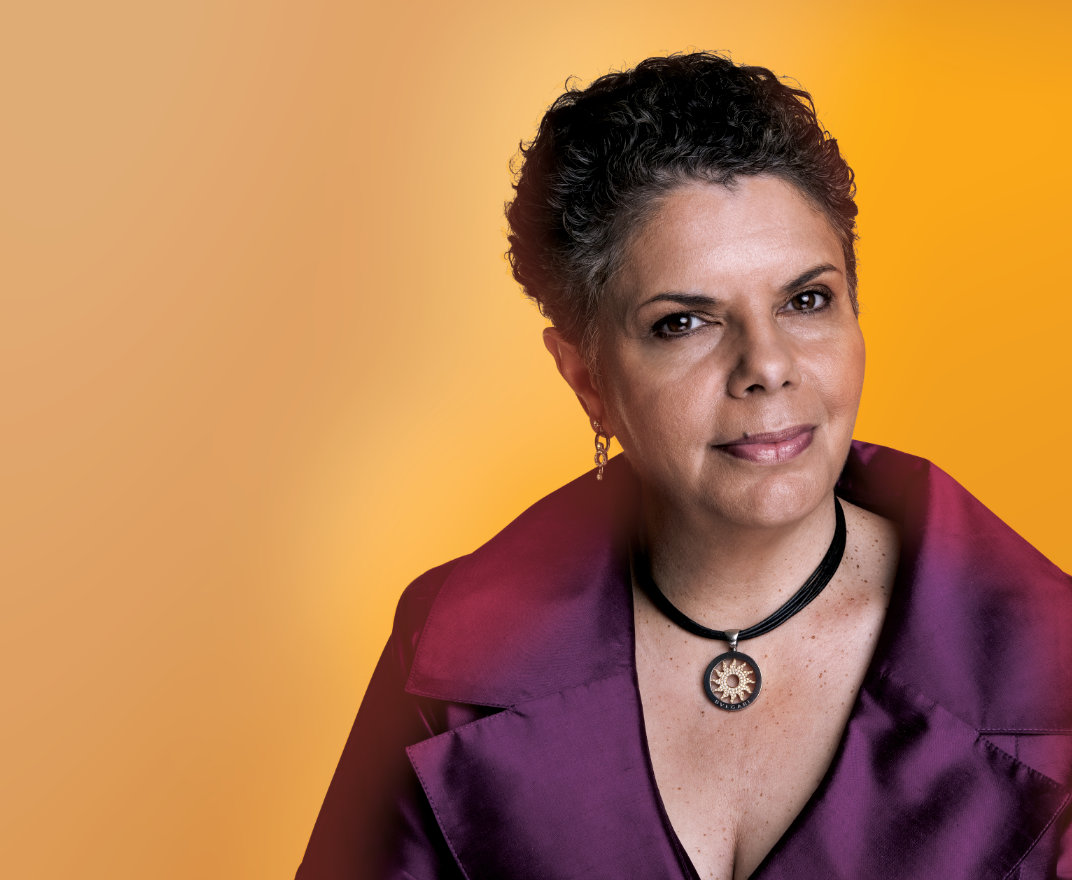 TCI: Tell us a little of your journey as an artist and how you found your way to the opera stage?

DC: As a young girl I was very fortunate I had a fabulous mentor in my high school music teacher. She took me along to see my first opera way back in the 1970s. As I’m speaking to you actually, I can see the Sydney Opera House sails from my hotel room and it just brings back all of those memories of discovering opera and classical music and immersing myself in it. Back in those days, in the 70s and 80s, young students could get reasonably priced tickets. So I’d go along to concerts and operas two or three or even four times a week, as many times as I could afford! In that way, from the vantage of the last minute tickets, I could take on this whole world that was larger than life. I eventually ended up studying at Sydney Conservatorium of Music.

Last night, I was honoured at the Sydney Conservatorium, they’ve made a little statue of me, and that’s to be placed in the library alongside all the other statues of composers of previous eras. So it’s been quite a big week for me!

The study at the Conservatorium was only a small part of it actually, life has been a great teacher. The many journeys I’ve been on to discover my connections with my Aboriginal heritage, with my Yorta Yorta family and country. All these things have a really big impact on the way that I sing, and choose repertoire. I think audiences will understand on Friday and Saturday this week.

TCI: How does it feel to represent Indigenous people in the arts industry, especially opera?

DC: What I do is who I am. It’s not simply a profession, something I can put aside at the end of the week. The stories I tell and the music I sing are very much who I am. So it empowers the work I do. Sometimes, it’s a cause of frustration, working at a job that defines me. It’s always an interesting opportunity to plot the course between the two when you’re in collaborative work. Many artists feel that their work defines them.

TCI: You were awarded an Order of Australia for your contribution to performing arts. What was this experience like?

DC: That was such a bolt from the moon. It was such a surprise to receive that honour and that recognition. I felt incredibly honoured to receive the recognition of the Order of Australia. For me, it is a mark of the longevity of my career and the contribution that I’ve tried to make. The fact that people are able to recognise that contribution is very rewarding and very encouraging.

I don’t do this for myself. The whole point of the work I’ve been doing for the last 10-15 years is to make opportunities for other Indigenous people to sing and to play. I’ve recently established Australia’s first Indigenous orchestral program, and am very proud. So it’s about including people and making sure that all voices are heard and valued. I think music is a very powerful way to achieve that.

DC: It’s a very busy year! We’re trying to recover from the ravages of COVID on our industry at the moment and so everyone is busy. I’ve had several commissions. I have an opera that will premiere in June with Victorian Opera. I’m currently working on a film score for filmmaker Reko Reno. I was appointed as the First Nations chair to the Melbourne Symphony Orchestra, so I have a leadership role there that I’m much looking forward to. I have works premiering at the Australian Festival of Chamber Music up in Townsville in July. Then, I have a children’s opera that was launched. There’s big list of things I’m doing this year. I’m pleased to have this moment carved out in the next few days to be in Brisbane and sing. I hope audiences will enjoy it as much as we do.

TCI: Any final remarks on the recital?

Deborah Cheetham is performing Songs my mother sang to me this weekend, so don’t miss out!

Get to Know: DENNIS.