Former TV hostess and breakout film star Aleisha Rose tells us about her recent experience as a lead on the upcoming Australian feature Arrowhead, as well as her future acting prospects. 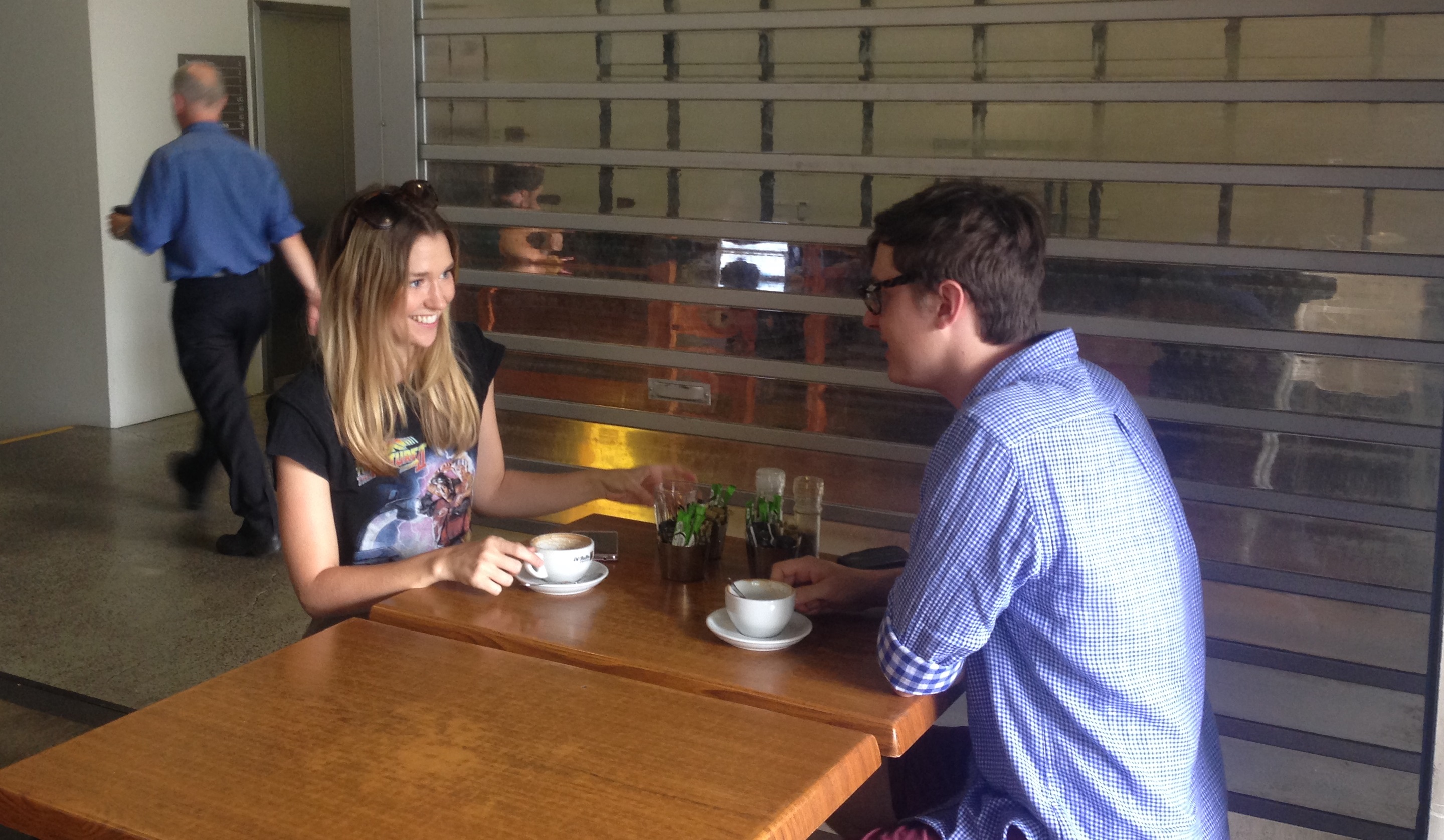 Creative Drinks: Tell us about the feature, Arrowhead.

Aleisha Rose: Well itâ€™s the story about Kye, who, through a series of events, finds himself on the ship Arrowhead, where he meets my character Tarren. The ship crashes and he finds himself stranded and alone on this planet. Itâ€™s a survival story that slowly leads him to realising not everything is how it seems, thereâ€™s a lot more going on here. Other characters come and go, and of course we see plenty of Tarren.

It’s a really awesome project. Plus thereâ€™s a droid played by Shaun Micallef, which is such a perfect casting choice.

CD: How did the film get picked up?

AR: It started as a short film that Jesse and his friend Ryan made that went viral, and somehow it landed in the TV1 Offices. Everyone saw it and was like â€œwe wanna make this film!â€

The whole feature script had been written long before, however the boys only had the funding to create the short, so we were so lucky that it was picked up by the crew at TV1. 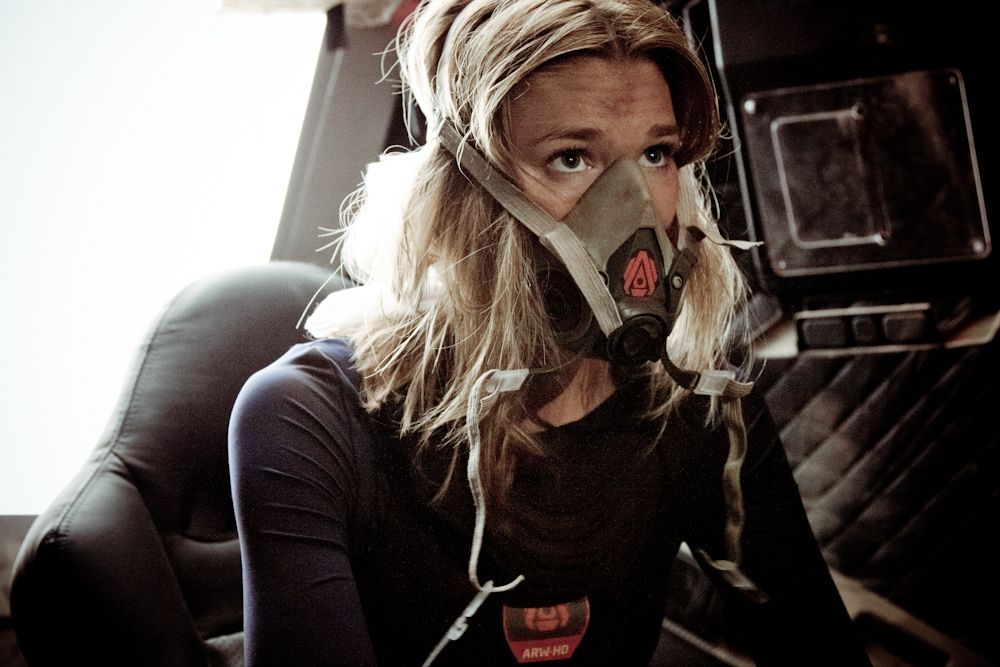 CD: How did you feel working with the other cast members?

AR: After I was brought on they needed to fill a role working closely with my character, so Jesse found Dan Mor, whose career is really taking off. I felt so lucky to work closely with him, we really worked together well.

Shaun [Micallef] mostly gave his voice in the sound booths so I didnâ€™t get to see much of him, but it was crazy exciting all the same to be working on a production with him. Absolutely everyone on the cast and crew was amazing to work with.

CD: What has the experience been like on set compared to other projects youâ€™ve worked on?

AR: When Jesse started he wanted to get all his filmmaking friends on the project who heâ€™s been working with all his life. So there was this extremely professional and experienced American crew mixed with the group of old friends. It was a really cool vibe shooting in Coober Pedy.

We shot through January to March, so itâ€™s a hot summer and weâ€™re hitting 35-40 degrees every day, and of course my character wears a helmet, and weâ€™re wearing leather and boots and gloves. It was horrific. But itâ€™s really a testament to how passionate everyone was about making this film. It was a great crew, and a great script, we all knew it would be so amazing that we were willing to push through the hurdles. 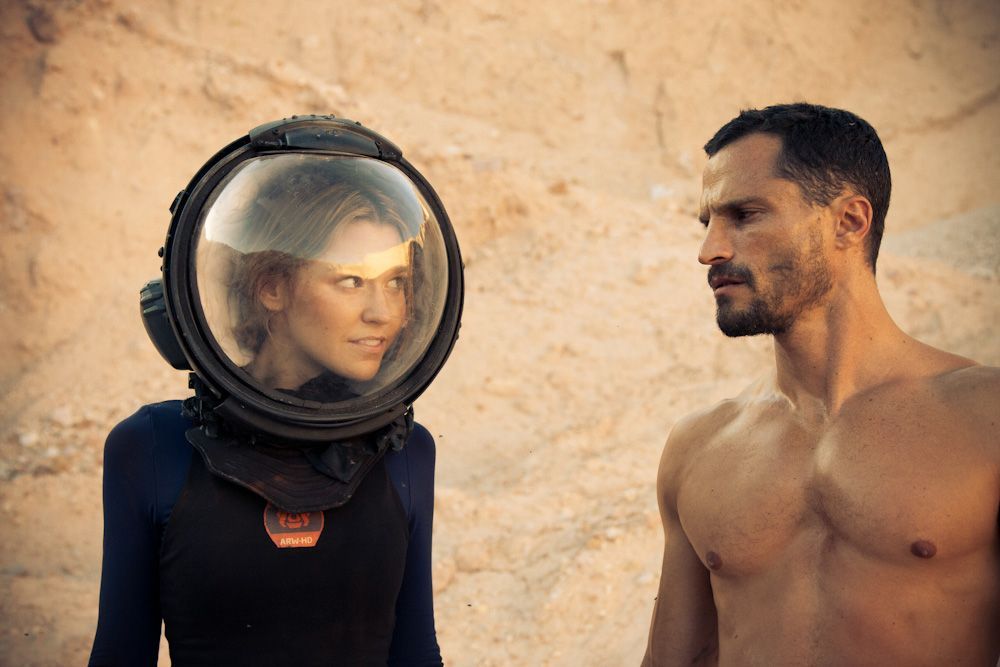 CD: After Arrowhead you landed a role on the upcoming Australian film Burns Point. What was the experience like there?

AR: Itâ€™s always so great when you can walk off one set and straight onto another. Burns Point was filmed near Byron Bay, and someone literally picked me up the day I arrived back in Brisbane, took me on set where I filmed until 6am, and then I was taken back to the airport to catch a flight to Hong-Kong.

It was difficult coming on set because they were a fair way into the film. The other actor was playing my boyfriend, so I introduce myself and try to feel out some sort of connection, and then the rest has to come from within you somewhere to make that intimacy look believable. It was much trickier than Arrowhead where we had so long to build that relationship.

CD: Now that youâ€™ve finished shooting, what are your plans?

AR: Well I havenâ€™t been back in Brisbane for about 7 years, so itâ€™s really nice to be home with my family for Christmas. My managerâ€™s been pushing me to get to L.A., but thereâ€™s nothing locked down and on paper right now. Nowadays I want to spread my name around the Brisbane area. As much as I want and plan to move to L.A. and help my career over there, I love Brisbane and being with my family. I want to travel back and forth, so Iâ€™m excited to keep taking projects here. 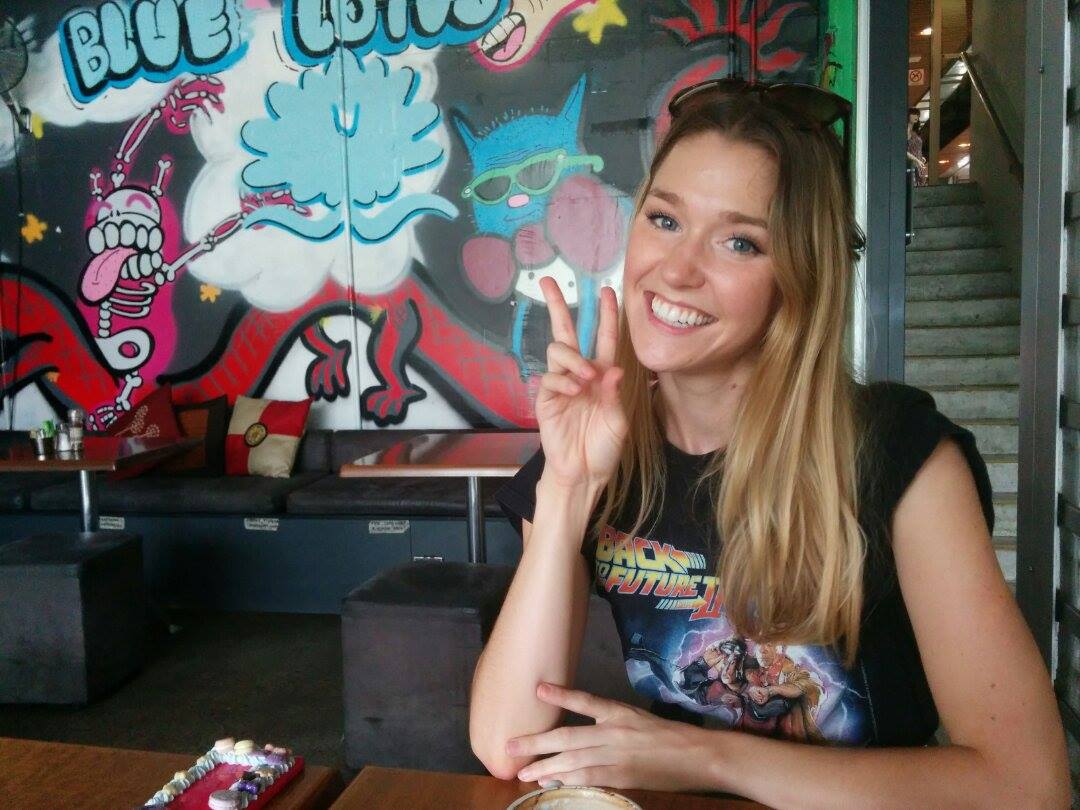 CD: Do you prefer the Brisbane culture for filmmaking? How heavily does it differ from L.A.?

AR: It can be so different at times. Thereâ€™s some strange casting calls that you see here in Brisbane, like â€œlooking for a Blonde actress for a local television series. Must have 15,000 Instagram followersâ€, which is so terrible. You donâ€™t focus on your talent in order to build a name for yourself, you want to be the best actor you can be.

I got into the Australian Academy of Cinema and Television Arts (AACTA) this year, woohoo! Which is a feat in itself to get enough credit to be accepted. I got to go to the Academy Awards this year where I met Baz Luhrmann, as well as Cate Blanchett and Geoffrey Rush, all my idols in one room. I definitely love being in Brisbane and Australia.

CD: When can we expect a trailer for Arrowhead or Burns Point?

AR: I honestly couldnâ€™t tell you about Burns Point, but rest assured Arrowhead is on its way. I canâ€™t wait for everyone to see it. It’s going to blow everyone away.

Where Details to be revealed soon

Holiday Reads For A Fashion Know-It-All