From doughnuts to wallabies, toadstools to fried eggs, if you want a tiny version of it, creative arts graduate Alissa Lonergan of Chisaiistore can make it from clay, and it will make you squeal.

We had a chat to Alissa, Staedtler’s most recent Artist of the Month about her inspiration, social media, and turning professional.

CD: When did you first start getting into making your own polymer figures? When did it evolve from a hobby to a business?

AL: From primary school art class! Playing around with clay was always something I really loved, but it wasn’t until November 2011 after I had finished uni that I begun to look into clay pieces I could make at home without a gigantic kiln. After I found polymer clay I camped out in my parents dining room with some very basic tools and played around for a few months making some horrible pieces. They’re really bad, but as I’m entirely self taught I think it’s important to keep some of those pieces that I started out with to compare them to what I’m making now. Getting my own studio space was really a turning point.

It evolved into a business unintentionally actually, up until mid 2013 when people started asking for specific things such as custom orders and asked if I was on Etsy. Joining instagram really encouraged me to start selling my pieces as well. 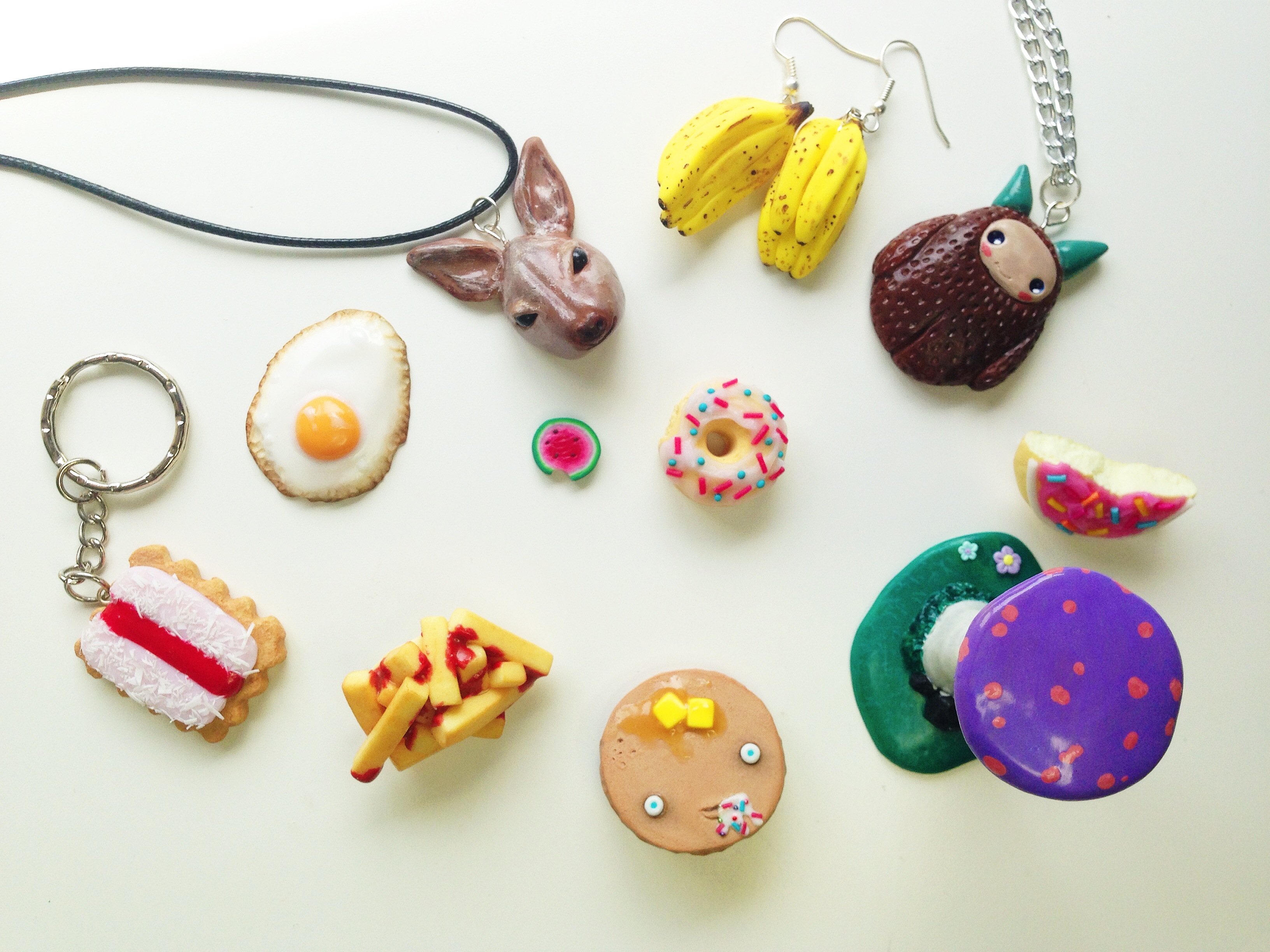 CD: There seem to be something of a boom on polymer clay figures and jewellery, especially on Etsy, and the standard varies wildly (with yours being at the top of course!) Is there much of a collaborative community online?

AL:Â Polymer clay is so big at the moment, especially with early teens who are just doing it for a bit of fun, but as a result a lot of work gets ripped off and passed off as their own so I try to distance myself from that. I love that people are getting out and doing art but when it becomes a bit of an interbred pool of ideas with everyone making the same thing it definitely cheapens it. Instagram has been great for me though, a lot of my followers often give me ideas and there’s quite a few people that are just so brilliantly talented it’s impossible not to be inspired. It’s so easy to engage with people there and as a result I get a lot of feedback and get a general case of the warm and fuzzies. 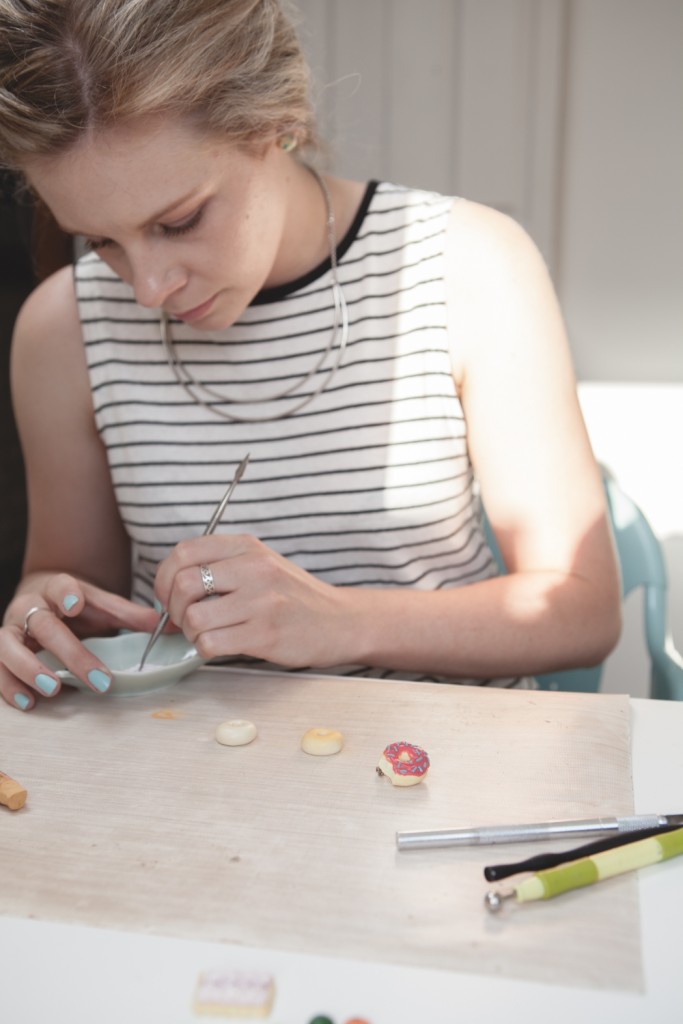 CD: What’s the process like from the first idea for a new piece to having it up for sale?

AL:Â Coming up with an idea is usually pretty spontaneous, I’ll be doing the dishes and suddenly come up with something to make. Sculpting takes the longest especially if I’m trying to create something realistic like a pancake, or if i’m doing a larger piece such as a tree for a desktop sculpture I’ll need to create and armature out of wire first and build the clay around it. I take a fair bit of time making sure pieces are exactly how I imagined them or how they are in real life. After firing pieces are sanded, painted, and glazed and then they’re done! 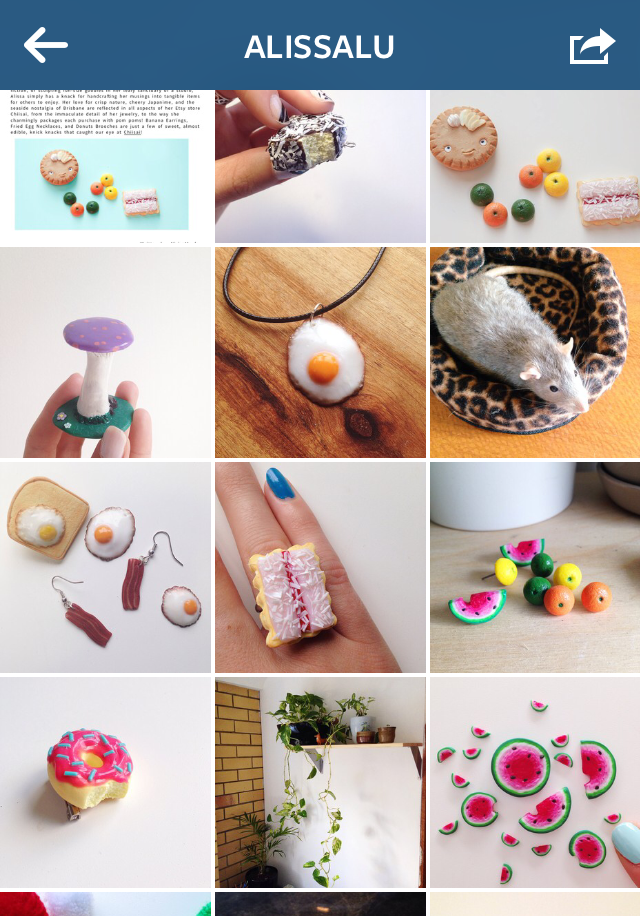 CD: Where does inspiration for new pieces come from? What sorts of things have people commissioned?

AL:Â Often the suggestions I’ll get on social media spark up an idea, otherwise I’ll just be scribbling down ideas when I’m going about my day and come home and go from there. People commission pretty interesting things and it’s interesting to hear the story behind that. I’ve done commissions such as ice blocks, sea turtles, relatively large and detailed desktop tree scenes and even family pets. 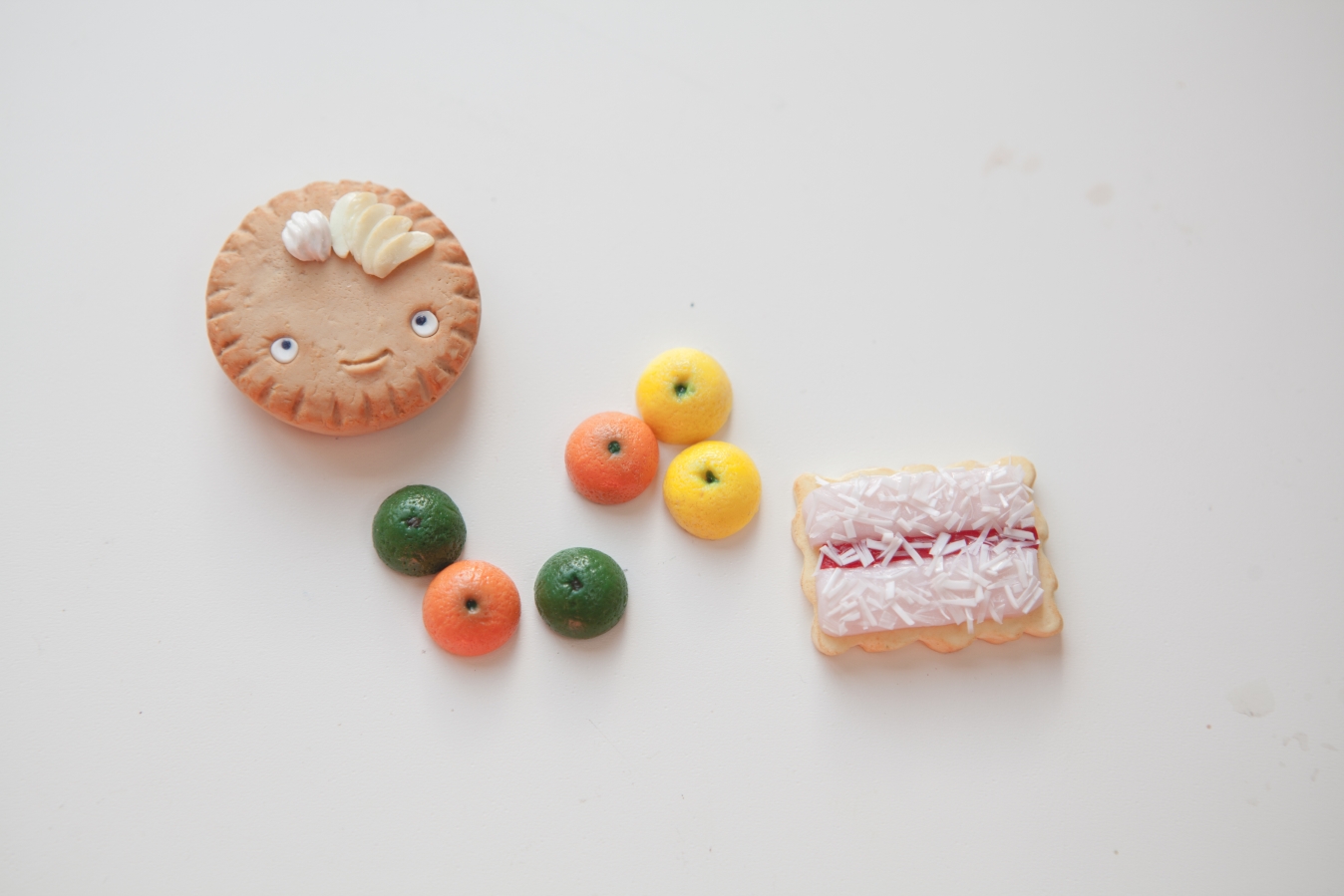 CD: What’s your next piece going to be?

AL:Â At the moment I’m very much into classic Australian food such as iced Vo-vos, lamingtons and all that good stuff. I’m also getting into larger nature inspired pieces such as the tree sculptures. I’m working on a line of woodland critters to live in these trees/nature scenes all with their own back stories.