Interview: Anna Box from The School of Life, Melbourne 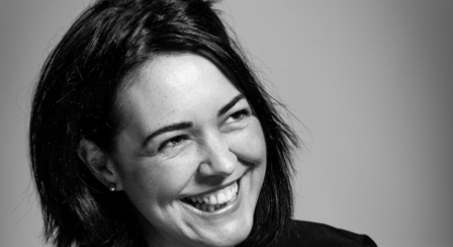 Ahead of her workshop, Film As Therapy: The Heroâ€™s Journey at The School of Life, Anna Box spoke to us about the power of cinema.

A psychologist, consultant, and writer; it is no surprise that Anna Box is curious about the underlying meanings of films. It is this amalgamation of expertise that makes Annaâ€™s notions about the power of film so potent and left-of-centre. She focuses on the connection between fictional characters within film, and the psyche of the viewer.

Anna has used film therapy in her coaching work for many years, to a range of clients working across the corporate, not-for-profit, arts, and elite sport industries. â€œItâ€™s a brilliant way for people to connect with bigger themes, and itâ€™s an easy way for people to project,â€ she says. She brings her expertise to the public this August at the School of Life inÂ Melbourne, where she will identify her fresh and unique connection between storytelling and success.

TCI: Is there a particular hero that you identify with?

Anna Box: Most contemporary heroes have one thing in common; theyâ€™re moving towards their authentic self. When you say heroes or superheroes to someone, they usually conjure up good vs. evil, or outward facing battles.Â But Iâ€™m most interested in the inward journey.

A great example is the character of Scott Hastings in Strictly Ballroom. Baz Lurhman was a student at NIDA when he wrote a 40-minute play with a few classmates, and he was really interested in the heroâ€™s journey. What he wanted to know was: how does it play out when you directed this heroâ€™s journey with the steps in that journey, instead of it being an outward journey like Star Wars?Â What happens when you just make that about a kid in a rural town in Australia and his dancing classes?

From that we get Strictly Ballroom. Scott wants to dance his own steps, but heâ€™s got to sit in the discomfort of swimming against his dream, and disappointing people along the way.

TCI: Do you think there is something in film that you canâ€™t find in other mediums?

Anna Box:Â Iâ€™m very drawn to script. Iâ€™m fascinated by what comes out of charactersâ€™ words. Iâ€™m sitting there during or after the film, thinking, it doesnâ€™t sit right with me that a person with these internal processes would say this. My critical eye goes to the script and how characters express themselves.

Going to the cinema is a very mindful experience. You can go and just let it wash over you, or you can make a mindful decision that you want to tap into what your senses are telling you, and what information is coming through and connect with that. Itâ€™s really moving stuff, it pushes us into all these feelings that we mostly try and avoid. Cinema has this beautiful way of saying no, youâ€™re a human being, these are human feelings, come here and feel them. Thatâ€™s what I love about film so much.

TCI: I know that you have an interest in storytelling, and Iâ€™m interested in the fact that you went down the path of psychology. When did youÂ realise that that was the track that you wanted to take, that storytelling was a real passion of yours?

Anna Box:Â As a kid I loved Countdown on Sunday nights. Iâ€™m probably showing my age here (she laughs). It was full of film clips. It wasnâ€™t like it is now; we used to sit around all week and wait for countdown. Youâ€™d be curious all week about what was going to be number one. You had your fingers crossed that your favourite film clips would come on.

I have vivid memories of thinking how amazing it was that these stars would be sitting on the couch next to Molly Meldrum talking about their lives, and their body language was relatively closed off. They had their pop star hats and sunnies on, their arms were crossed, they were a little bit too cool for school.

Then youâ€™d see their film clip and in that they were so human, singing about grief, love, loss, aching â€“ all the big ticket human issues. I remember thinking, story is so important because we donâ€™t talk about stuff; itâ€™s the storytelling that teaches us emotion.

Storytelling is our first lesson in our emotional and social intelligence. It depicts how we want our lives to be, and how we want to treat other people in society. And itâ€™s not a rulebook by any stretch, but it lays out the norms and the ethos of what we want for society.

TCI: Why do you think we choose to identify so frequently with fictional characters?

Anna Box:Â We identify with them because they speak and portray human truths that we donâ€™t necessarily sit around talking about with other people. But you sit down in front of a television show and see it in front of you. It can be hand-up of course, for the sake of drama, or the storytelling, but you know what theyâ€™re playing at, you know the human truth beneath it.

Also, theyâ€™re relatable and theyâ€™re relevant. I think itâ€™s far more than escapism. When I first started exploring story it was because I thought it was how everybody switched off. But beyond that it gets more powerful. Itâ€™s about diving into your own life even more, about perspective taking and being aware of how stories leave you feeling, how you empathise with other characters, which characters you like and which you donâ€™t.

When Friends was huge in the nineties it was always a question of which character do you most relate to? Who would you spend the most time with? Who would you like to throw out of the group as soon as you could? And that uncovers what you value, what is meaningful to you. Usually your friends are people who share your values or have some values that you aspire to, so characters that youâ€™re attracted to can uncover that for you.

TCI: One film that youâ€™d recommend everyone to see?

Anna Box: The Intouchables. Itâ€™s got two really unique, compelling, very human characters. They both have a journey whereby they both end up becoming closer to their authentic selves.

I guess whatâ€™s so surprising about it is that youâ€™ve got two people from completely different worlds coming together. Itâ€™s a reminder that you donâ€™t have to scratch very far beneath the surface before you uncover that weâ€™re all human. These are two men both moving closer to who it is that they really want to be, how they want to be, the rest of the detail is just noise really, weâ€™re all in it together.