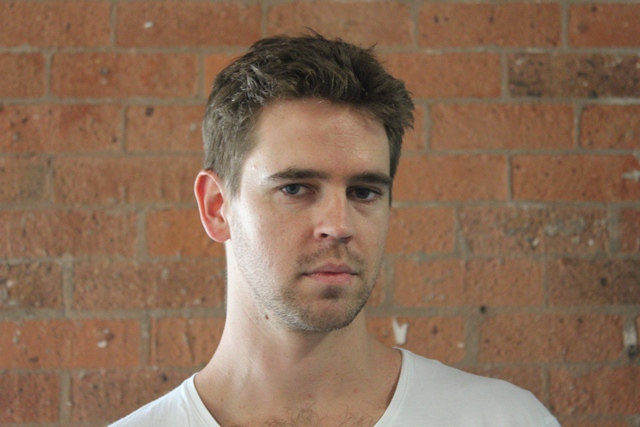 Creative Drinks:Â What types of art do you do, and what kinds of mediums do you use?

Hamilton: My main preferred one would be illustration, drawing on paper, but I’ve done a fair bit of aerosol art – street art when I was younger.Â Iâ€™ve also done a little bit of sculpture when I was in highschool, I like doing that but I donâ€™t really have a kiln or anything like that.Â Iâ€™ve worked as a screen printer for a couple of years. So most kinds of art, but mainly drawing or painting.

Creative Drinks:Â Why do you create art and what are your motivations?

Hamilton: Motivations? Seeing people who obviously create really nice stuff, that inspires me.Â Iâ€™ve always been into it, its been in the family.Â So I grew up with my brothers always drawing, I was encouraged to draw from an early age.Â I donâ€™t come from a massive line of artists or anything, but its what Iâ€™ve been doing for a long time.

Creative Drinks: Do Â you have any career goals with your art?

Hamilton: Iâ€™m doing a Bachelor of Communications, so with that hopefully it will get me a job somewhere in the design field and then I can work on side projects after hours, or I might even integrate that into my career hopefully.Â It would be nice to get paid to draw on a beach all day though.

Hamilton: Yeah a fair bit, because my brother got me into graffiti when I was in year 6, so I was going down to the local skate park and they had legal walls down there, so Iâ€™d spend all my money on spray paint, and then go down there and paint the walls.Â So, because it was legal I could go down there every weekend.Â My brother was on the graffiti scene in Brisbane, because heâ€™s much older than me, so Iâ€™ve been interested in all of that stuff for quite a while.Â Otherwise I think Brisbane is pretty good, that’s what Iâ€™ve been noticing.

Creative Drinks: Do you think that the creative industries in Brisbane nurtures home grown talent?

Hamilton: Itâ€™s getting better, my brother went to QCA and they had a lot of really good artists, like Anthony Lister.Â People say its not on the same scale as places like Sydney, Melbourne or other places in the world but it is, I just donâ€™t think people feel that it is nurtured.Â So if the government puts up more legal graffiti walls, then you are probably going to get a lot more art and I think they provide funds and things like that but it can always be better.

Hamilton: A lot more street art inspired events and probably just a few more random exhibitions here and there that are easier to get to and not at some art gallery that’s out of the city, (they should be) in the middle of the city – like in shops.

Creative Drinks: So are there any mentors and influences that have shaped the way you create your art or the mediums styles you use?

Hamilton: Probably a lot of the artists I used to look up to when I was a kid; Robert Crumb, underground cartoonists of the 60s are a big one.Â There are countless artists I could list. Around my house when I was a kid there were just books of art, so I could just look at them.Â I grew up with all of those images so, there are too many artists to name.

Hamilton:Â In five years, probably highly sought after.Â Iâ€™d like to definitely have some sort of a studio, whether I start up small or work with a few people and collaborate with people from overseas.Â So maybe go overseas and network, then come back and make some foundations so I can collaborate on a global scale eventually – maybe that’s longer than five years time. Thatâ€™s a hard question.