Breakfast is well and truly served according to Liz, its served everyday in 3 cities around the clock. Melbourne, Sydney and Perth all play host to the â€œBreakfastin instagramsâ€, and we were able to catch up with the founder and all round good girl Liz LyonsÂ  for a chat about social media, food blogging, charities and of course breakfast and those who do it best. 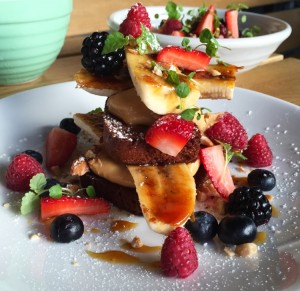 TCI-Tell me your version of how and why breakfastin became a thing for you other than the obvious reason of needing an excuse to eat beautiful meals at the start of every day ?

Liz-I’d always loved going out for breakfast but I found that I was doing it more once I started working full time. I enjoyedÂ venturing to new places each weekend and it became something that my girlfriends and I really looked forward to.Â I started taking photos of some of the meals I was having but, not wanting my personal page to become all about food, decided to make a standalone page to celebrate the best meal of the day!People soon started tagging me in their photos and I started sharing user generated content. Given how well the concept was doing in Perth and my frequent holidays over east, I decided to expand to Melbourne and Sydney too.Â I have a marketing background, so I suppose that influenced how I set the pages up. A consistent brand look and feel has always been important to me, so I’m careful to only feature photos and dishes that align with this.

Liz-Because it’s the best meal of the day! :)A good breakfast is important to give you the energy you need to face the day ahead of you.Â I also love what brekkie represents. It’s the beginning of the day and there are so many cool things that you could achieve during the day ahead.

TCI-Can we expect a lunchin and dinnerin counterpart, I’ll totally eat dinners for your blog!Â

Liz-Haha I have contemplated that, but I’m happy to stick with what I’ve got for the moment. There’s a real affection for brekkie and I want it to remain the focus.Â That said, I do feature other meals from time to time if they’re particularly awesome.Â I already have a fantastic, engaged, foodie-loving community around the pages so I don’t see the point in trying to duplicate it when I can just feature great lunches and dinners viaÂ the channels I already have.

TCI-What advice would you give people when it comes to building a social media based business?

Liz-Set out to generate engaging, useful content that is meeting a need.Â Don’t set out to be insta-famous.My focus has never been on followers, it has been to continue to provide effective, useful, beautiful content for my lovely audience while also helping cafes to promote their offering.

TCI-Do you think studying is 100% compulsory when it comes to marketing and journalism?

Liz-I’m always going to be an advocate for studying.

The content I covered duringÂ my degree and the work I do now are two very different things. However, the personal growth that I went through during that time, the people I met and the life lessons I learnt have stood me in good stead for where I am now.Â I don’t think you’re doomed if you don’t have a degree in the field, but I think that having that piece of paper opens more doors for you.

TCI-Which city has the best breakfast, we all want to know! I’m going to say Melbourne but let me know if I’m wrong!?

I would say that Melbourne has the biggest cafe scene and is probably the most inventive when it comes to brekkie dishes.Â That said, I’ve had AWESOME meals in Perth, Melbourne and Sydney.Â I feel like sometimes people underestimate the Perth cafe scene, there’s a lot of good stuff happening in the west!

TCI-On that topic what’s your top 3 pick for each city ?

TCI-I’m going to ask you random food questions because food.Â On a scale of 1-10 I want you to rate these great breakfasts! 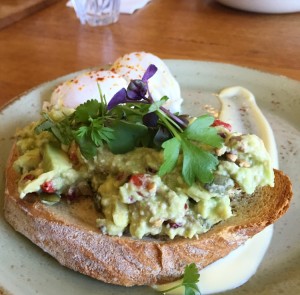 TCI-What are you doing this year? What goals do you really wish to kick, do you follow footy? Who do you go for?

Liz-I’m continuing my work for Diabetes WA, working on a part time basis for them (remotely) while I continue to do freelance marketing work.Â I have a passion for health, particularly in relation to food and helping people to have positive relationships with food, and themselves. I LOVE working for Diabetes WA, and feel so grateful for the support they have shown me. I have a lot of fantastic role models there and am so proud to represent the organisation.Â Later in the year I’d love to do some public speaking work with adolescents. I really want to talk to teenagers about social media and how, while it is an awesome tool, it needs to be kept in perspective.Â Adolescence is hard enough as it. Throw in a social media landscape full of a zillion different messages about what your life “should look like” and you have a recipe for a lot of confusion and self-hate.Â I go to the occasional footy game, but it’s not something I’m overly interested in. I have a soft spot for the two WA teams and I alsoÂ have friends who are big supporters of Hawthorn so I suppose I go for them too.

TCI-Have you ever been somewhere highly recommended and felt truly betrayed, is it safe to trust popular user rates food blogs?

Liz-No I haven’t actually.Â That said, people (and the blogs they create) aren’t infallible. It’s highly subjective,Â everyone has different tastes. Plus cafes, like people, can have their bad days.Â I think it’s important to keep this in mind.

TCI-If you could create your perfect endless breakfast what would make the plate / bowl?â€‹

Liz-I love a good avo smash! I’m also partial to crunchy acai bowls, although they don’t tend to keep me full for long.Â I’d probably also throw a corn fritter and a poached egg in for good measure! Yum!

TCI-Thank you for your time liz!

Review: Judith Lucy – Ask No Questions of the Moth