Creative Drinks recently hung out in the Cremorne Theatre with some of the stars and production team behind Digital Natives for an inside look at the process behind their upcoming show that tackles the role social media plays in our lives.

See the fruits of six months of intensive development from the kids at the Australian School of Performing Arts, Film and Television for one night only at QPACâ€™s Cremorne Theatre on Saturday December 13, performing three original works that probe the disparity between real and online life in a generation that lives and breathes it.

I spoke to Amanda Hardwick, Artistic Director, and Talia Rowley, Director of DIGITAL NATIVES, and the young stars of the show- Jackie, 14, and Seth, 10. 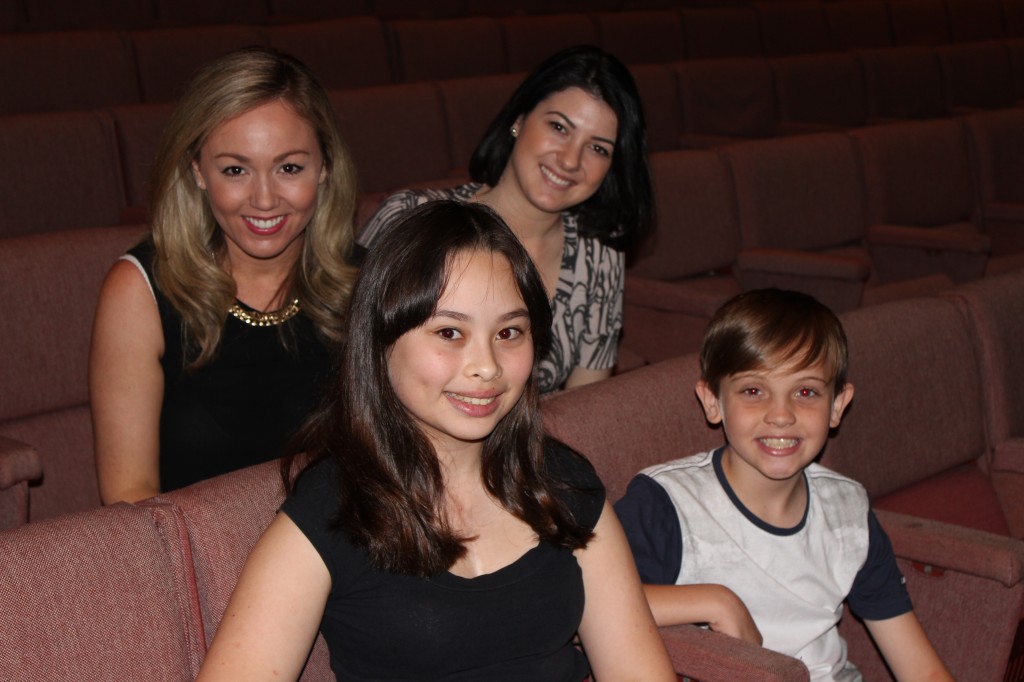 Amanda Hardwick says of the inspiration behind the title Digital Natives #Nofillter:

“Digital Natives refers to people who are brought up in the digital era…the hashtag #nofilterÂ  was something I found fascinating. There’s this idea that it’s become become out of the ordinary to do that…acknowledging that they know that they alter content….that something’s not real until you hashtag it. It is sort of contrived, the photos we take and how we set them up, we’re our own little marketing team for our own personal brand.”

This concept is explored in the piece Limbo, which is a commentary on the online persona we create and the frantic care we take to maintain this highly edited version of ourselves.

Limbo is one of three seperate plays with in the piece, devised by the kids and their directors over six months during a two-hour after-school rehearsal once a week. The first ten weeks consisted of mainly improvising and character development before acting and blocking took place.Â The process was first and foremost character-driven.

“The characters will drive the narrative forward – essentially the kids will create their backstory and their future, psychologically and socially,” says Amanda. “It’s the ownership they take over it, they own it as much as we do.”

“It’s been a huge undertaking in such a short period of time, but it’s been good. Being a part of a team, and being a part of that collaborative process- it’s their ideas that are going into that melting pot” said Talia.

“It’s important for kids to watch kids perform- they’re so genuine in their performances. They bring a lot to the table in terms of taking risks- they’re not as afraid of looking silly as adults are.”

The chance to perform at an internationally-acclaimed venue was one that truly cemented excitement and a feeling of legitimacy amongst the young actors.

On meeting the children, I was insatiably curious aboutÂ themÂ and how they relate to the theme of their show. While being similarly immersed in our gadgets today, Gen Y, for the most part, still spent a significant portion of our developing years with dial-up internet and “Nokia bricks”. I’m “sharing” the kids with another journalist, and our interview begins as she begs them for help to restore an app on her phone to normal. Typical.

“I think everyone can take something away from the show,” says Jackie. “it’s been a real eye-opener for me just to see what’s been going on on social media – for the older generation, the “digital immigrants”, it’s sort of an insight into the digital era and what’s going on there as well.”

“There’s a bit where it goes from being a part of your life for it to being your life – it goes from people going to events and getting a photo there to going to an event just in order to take a photo.”

She does, however, fondly acknowledge social media’s ability to bring people together. As the conversation drifts to costumes and Halloween, Jackie reveals herself as an avid cosplayer – she’s impressed I know who Doctor Who actress Jenna Louise Coleman is and I’m inwardly delighted to still be relevant to the younger generation.

Jackie is appearing inÂ Limbo,Â and spoke of her character “Darcy”. “It’s about the stereotypes of the branding that you’ll see on social media. My character’s always wanting to lead people and get her opinion out there and do the best by people, but she often isn’t sure how to do that. I really like doing character development – assembling the whole physicality.”

Seth’s character in Techageddon faced a harrowing situation that many of us can relate to.

“My character, Scott, loves to play on his phone – but when the lights go out, and the power goes off, he really freaks out- because that’s his life – taking selfies on his phone.”

Seth and Jackie both spoke excitedly of Saturday’s upcoming performance.

“You get to be someone you wouldn’t normally be,” says Seth, who cites chameleon character actor Johnny Depp as his favourite actor. “You get to go out there and be different.”

“You’ve got to strive really hard – and you do.”

Jackie was delighted at the chance to tread the boards at QPAC. “Just that we’re performing at the Cremorne Theatre, with lighting and makeup and everything – it’s not normally something you get to do with a drama class.”

Amanda and Talia both agree that this isn’t a show to miss.Â  “These guys are the performers of the future and it’s really important that we support our own industry,” says Amanda.

“It’s a celebration of what they worked hard on – we too often judge the younger generation far too harshly. The process is tough and we do ask a lot of them. It’s not just “here’s the script, learn the lines.”

If you need me on Saturday night, I’ll be looking my best, checking myself in, and taking several #selfies at DIGITAL NATIVES.