On the cusp of embarking on a completely self-promoted tour, impressively playing 17 shows in 18 days,Â Donnelle Brooks chatted to us about her journey as a budding country/folk muso, her sassy alter-ego as front woman for blues/rock bandÂ The Mobsters, and how she will be joining theÂ Creative Drinks family and sharing her experiences whilst on tour.

CD: What was the first artist you heard that inspired you to pursue a career in music?

Donnelle: Thereâ€™s a band called You Am I, and the main songwriter from that band is Tim Rogers. The first time I saw him was at Splendour In The Grass in 2006. I was right in front of the stage when he sung this song called Heavy Heart. The song was so amazing and the lyrics just stuck with me, so when I went home I looked it up and bought like four of their albums straight away. There was many other things but thatâ€™s what really inspired me to become a songwriter.

CD: What other artists did you listen to as a budding musician?

Donnelle: My Dad has a big influence over my music taste, so I love Australian pub-rock bands like Cold Chisel. I love Powderfinger, The Rolling Stones and The Easy Beats. Also Jewel inspires me as a songwriter as well. Every artist has a mix of influences and I think thatâ€™s what makes them unique. 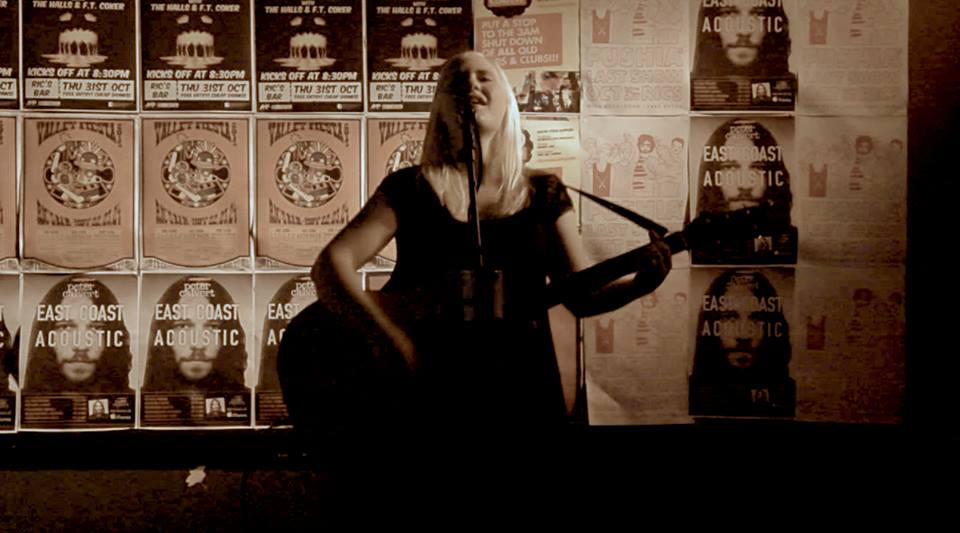 CD: When did you first pick up a guitar and start singing?

Donnelle: I was 12. My brother and Dad both played guitar and they started to teach me. Once theyâ€™d taught me what they could I started to fix things up myself. Iâ€™ve never had a guitar lesson.

CD: Being a solo country/folk artist you also double as the front woman for blues/rock band The Mobsters, which genre came first for you?

Donnelle: Definitely the country/folk. I studied a Bachelor of Music, and I met some people through my bachelor. I only discover blues as a genre about two years ago. I started singing it and was like â€œWow I really like this!â€ so we started a band. Itâ€™s still sort of new to me but Iâ€™m really enjoying it, but country/folk will always be my origin. 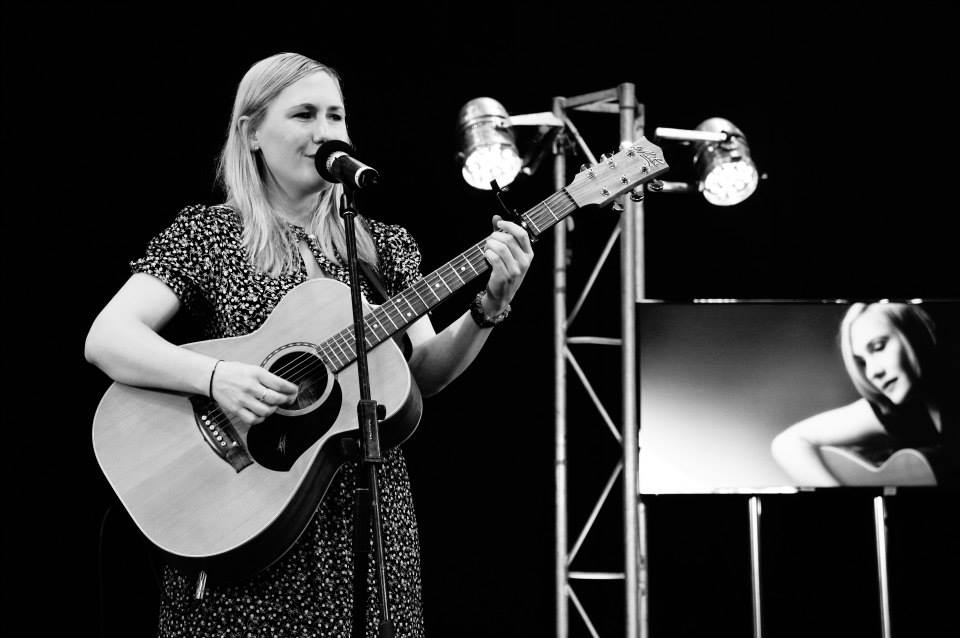 CD: When you started was it difficult to write that kind of music or did it come naturally?

Donnelle: It came naturally. I like to think that I have a split personality musically. I have the nice, girly stuff, but when Iâ€™m playing blues and rock I can really let my anger and sass out. Everyone has that side to themselves, everyoneâ€™s got that inner f*** you.

CD: What inspires you to write your music?Â

Donnelle: Definitely emotions. Iâ€™ve always been that way. Thatâ€™s the reason I started playing music, because I felt like there was something that I needed to express that I couldnâ€™t simply day-to-day. Especially when I play with The Mobsters, where I scream and yell a lot, that gets all of the emotions out. 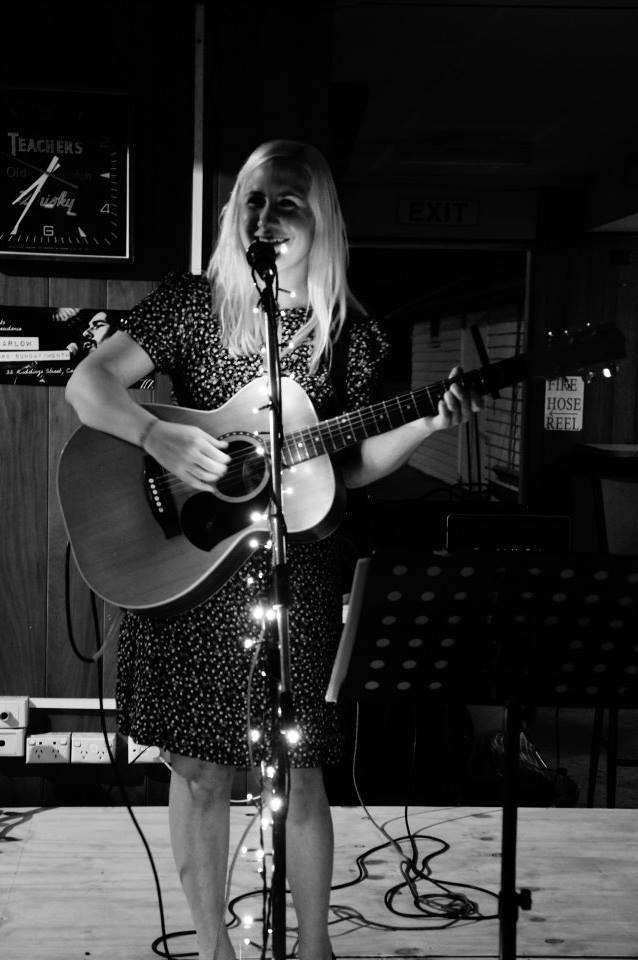 CD: Do you find it difficult to balance your influences when writing for yourself and The Mobsters? Do the inspirations ever overlap?

Donnelle: I write from a very emotional point of view. Iâ€™ve been writing a solo album for the last six months, but then the other day I had a terrible day and I ended up writing a song for The Mobsters in about 20 minutes without even thinking about it. Every emotion that you feel is expressed in a different way, and so for me that means that it just comes out that way.

CD: Youâ€™ve just started to embark on a pretty intense tour, playing 17 shows in 18 days! Can you tell us about it?

Donnelle: My mum lives in Albury, which is where the tour is ending, and she wanted me to come home for Christmas. Iâ€™ve always wanted to go on a solo road trip, so I decided why not to go on a solo tour as well. I organised everything independently which Iâ€™m really proud of. Iâ€™m also doing a food and travel element where Iâ€™ll be writing for Creative Drinks too! So as well as playing each gig Iâ€™ll be going and seeing the local sites, taking photos and reviewing the cafes that I play at.

Donnelle: No! In school I wrote a lot of short stories, but Iâ€™ve never written from a reviewerâ€™s point of view. Iâ€™m very nice, so I canâ€™t imagine myself giving someone a bad review.

CD: Youâ€™ve entirely self-promoted this tour, why did you choose to go with promoting the venture yourself?

Donnelle: By organising and booking everything myself, instead of going through a booking agent, I was able to choose the type of venues I wanted that suited the vibe I wanted to create on this tour. Every venue Iâ€™ve booked is entirely different, and thatâ€™s exactly how I wanted it. 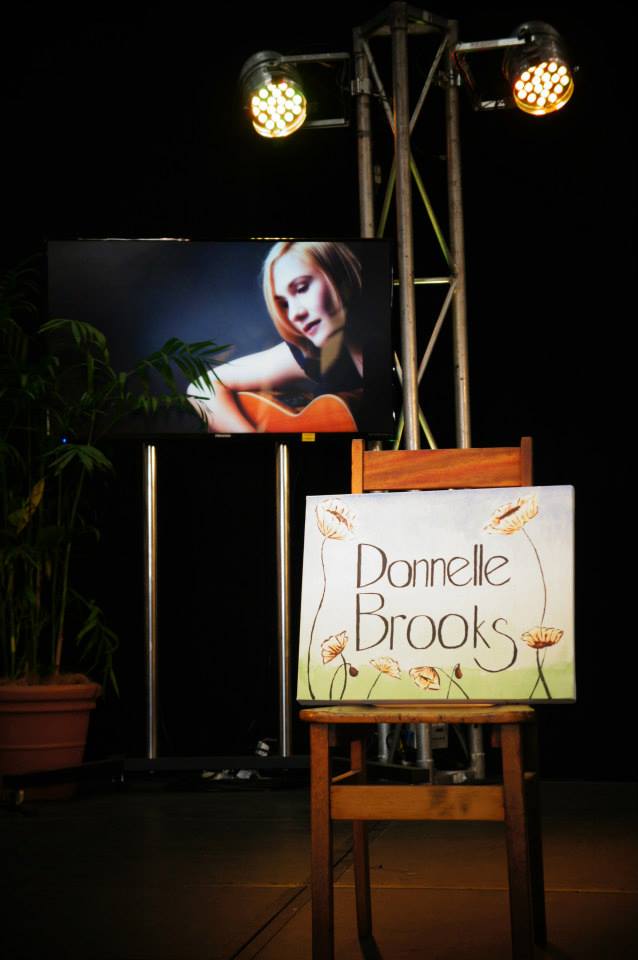 CD: Do you have a particular show your most looking forward to?

Donnelle: Probably Albury, because I get to see my mum [laughs].

Stay tuned forÂ a first person viewing of life on the road through the eyes of the creative gem that isÂ Donnelle Brooks.Â In the mean time, listen to her captivating compositions here