If you like to sleep all day and party all night, then get ready for shake & stirâ€™s thrilling new adaption of this gothic classic. Before the sun sets and the curtain rises on Transylvania, get the inside track on this spellbinding show as we talk with Draculaâ€™s Tim Dashwood about playing Jonathan Harker, fight scenes and societyâ€™s fascination with all things fanged.

With shake & stirâ€™s reputation for bold adaptions, and the season extended even before opening night, itâ€™s clear that Dracula is a production to watch. A little more True Blood than it is Twilight, the play keeps pace with the Stokerâ€™s original bloody novel, following the story ofÂ unwitting young lawyer Jonathan Harker as he stumbles into the horror of Castle Draculaâ€¦

The Creative Issue: This new production ofÂ DraculaÂ is set in contemporary timesâ€”how has Stokerâ€™s novel translated into a modern setting?

Tim Dashwood: The great thing about shake & stir’s work is that, in their adaptations, they stay very faithful to the original literature. So even though this production is contemporised we havenâ€™t gone as far as iPads and mobile phones, etc. That would be a very difficult adaptation as the story and the tension is built by the lack of informationâ€”the unknown. Vampires have their power in the shadows, not out in the open.

Rather than a contemporary setting, it is more an adaptation into a contemporary mindset. The costumes by Leigh Buchanan are based in the original period but also donâ€™t look too out of place in our modern world. The original book, released in 1897, was written at a time of repressed and moral values. It is very easy for a production of Bram Stokerâ€™s book to be dusty, camp and laughable. shake & stir have found a way to make it faithful to the book but with a contemporary understanding of audiences and understandings and the plethora of vampire myth in common knowledge.

TCI: Vampires are such an enduring part of our narrativesâ€”why do you think these stories continue to be so popular?Â

Tim Dashwood: Because they are hot and sexy! Vampires delve into the shadowsâ€”where we secretly wishÂ weÂ could live. They live in the dark, control â€˜baseâ€™ creatures, drink blood and are driven by passion. The concept of drinking someoneâ€™s blood is a really intimate thing, itâ€™s sharing body fluids and the myth of vampires revolves around this intimacyÂ­â€”they intoxicate their prey.

Bram Stokerâ€™s original book is not overtly sexual but if you read it with the knowledge of the repression of the time, there is so much underlying tension surrounding the charactersâ€™ choices. Repression, morality, impulse control and politeness. The vampire has none of that. They are risquÃ©, exciting and just a little bitÂ naughty. 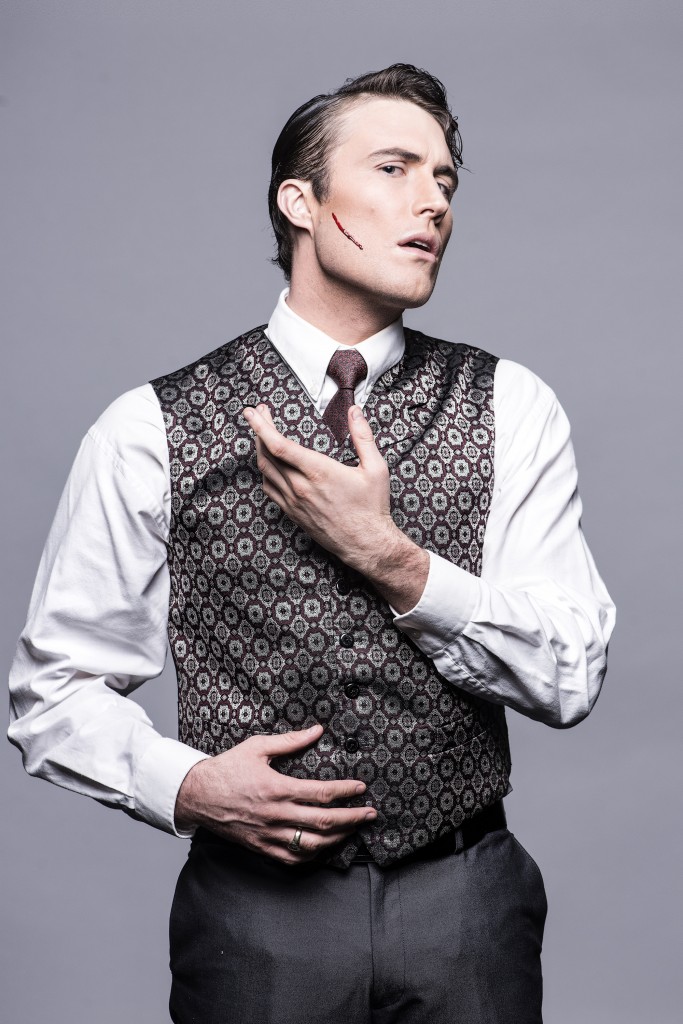 TCI: What were the biggest challenges of stepping into the role of Jonathan Harker?

Tim Dashwood: The politeness and the repression! Iâ€™m a polite personÂ but this guyÂ travels through countries he has only read about, walks into one of the scariest castles he could ever imagine, meets an old man living alone in a giant creepy castle and constantly sees things that are unnatural and truly terrify him. BUT, heâ€™s a gentleman, a lawyer and must be polite in all things as he is in Transylvania on business. He is aroused by some strange women who seemingly appear from nowhere, kinda loves it but represses those feelings. He even tries to repress the memories and almost sends himself insane.

So it has been a struggle to go through the thought process of dealing with all these incidences, but still behaving like a normal person and letting the madness and fear build internally until it becomes too much for him.

It is also hard looking at it from our contemporary understanding of vampires. Iâ€™ve watched â€˜True Bloodâ€™, â€˜Bladeâ€™, â€˜The Originalsâ€™, â€˜Draculaâ€™, you name it. In this story the idea of vampires is not common knowledge. Most of these characters have never heard of vampires and have begun to accept science above the supernatural. So when peoplesâ€™ blood is seemingly sucked, they are pale and have bite marks on their neck, our characters look to natural causes and part of the play is convincing them that there are darker things in the realms of manâ€¦

TCI: Co-adaptor Nick Skubij has talked about using ultra-theatricality in recreating the bloodier moments of the novel for the stageâ€”can you elaborate a little on that?

Tim Dashwood: A littleâ€¦ Itâ€™s a pretty tricky thing to do onstageâ€”sucking blood, blood transfusions, staking, decapitationsâ€”you get the idea. In order to present those moments in a way that the audience doesnâ€™t laugh but also believes it as part of the story-telling is a tricky tightrope to walk. We arenâ€™t working on film so being ultra-realistic is rarely going to compare to what people have seen on television. Also, because we are on stage, we find it important to embrace theatrical devices to create these major moments. shake & stir is always looking for new and interesting ways to portray classic moments that are exciting and engaging for their audiences. 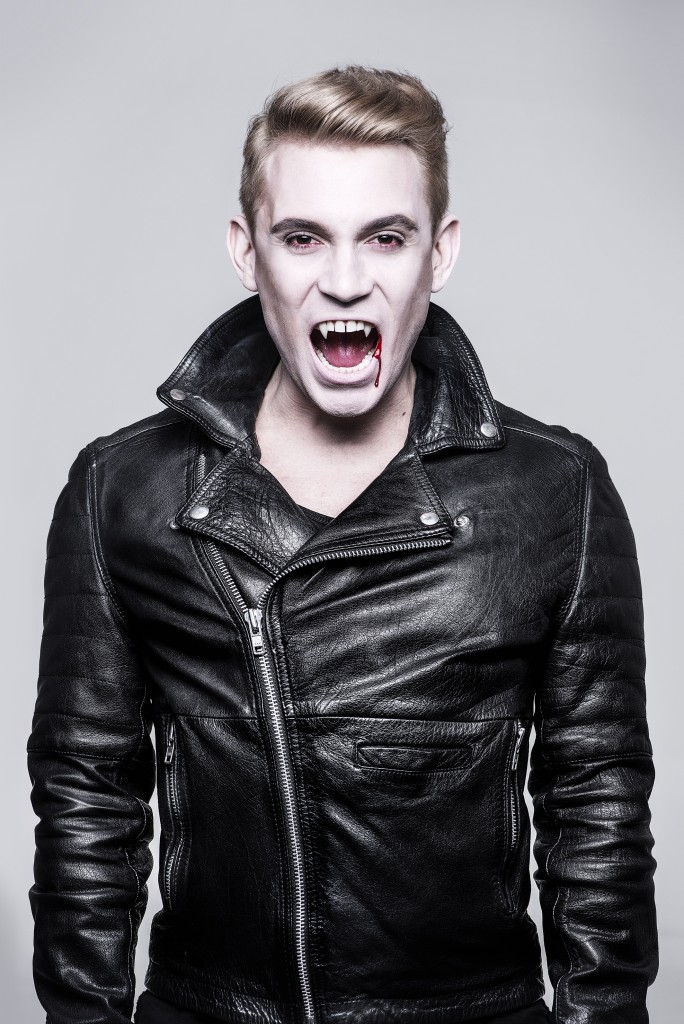 TCI: Youâ€™ve trained extensively in stage combat, and are a member of the Society of Australian Fight Directors (which sounds like a great society to be a part of!). Will we be seeing much of that inÂ Dracula?

Tim Dashwood: We sure will! Itâ€™s exciting being able to work on a show with my teacher and mentor Nigel Poulton who is one of Australiaâ€™s best Fight Directors. Nigel is working on the fights and more physical moments of the play. It is interesting because, in the book, Draculaâ€™s death is quite anti-climactic. In this production (while using the book as the skeleton) we need to give the audience an ending that keeps the excitement building. In a way Dracula is a villain the audience loves, so we have to dispose of him in a climactic show down.

As always there are lots of smaller moments in the play too that need a Fight Director to help create. The training also comes in handy a lot of the timeâ€”even when there arenâ€™t actual fights. Having a physical awareness is pretty important for actors.

TCI: When youâ€™re not on stage, youâ€™re also very involved in theatre educationâ€”what would be your number one piece of advice to young actors?

Tim Dashwood: Find someone you respect and admireâ€”a teacher, mentor, elderâ€”who can tell you the things you donâ€™t really want to hear about yourself and process, thenÂ listenÂ to what they say. Acting is a lot about understanding peopleâ€”how they think, feel, interactâ€” and therefore itâ€™s good to be able to look at yourself and answer those questions before you answer them for the characters you play. Itâ€™s a bit of psycho-babble but itâ€™s important and usually you need someone else to show you who you are.

TCI: Lastly, an important question: the show is having a once-offÂ midnightÂ performanceâ€”will audiences be too terrified to walk back to their cars after this?

Tim Dashwood: I hope so! The show will certainly have the audience on the edge of their seats and hopefully screaming with excitement, glee and fear. Then on the way out, QPAC will be dark and empty and outside will be pretty spooky.

Dracula opens on August 13th and tickets are already selling fast, so book your seats now! Or, if youâ€™re feeling brave, check out the special midnight performance on the 4th of September.

For more info, or to book tickets, head to shake & stirâ€™s website here.