Interview: Emma Dean From Emma And The Hungry Truth

Theatrical pop Brisbanites Emma and The Hungry Truth could possibly be the most uniquely interesting group of musicians about to explode onto the scene.

With aÂ tour underway and an upcoming debut EP, we had plenty to chat about when we caught up with the bandâ€™s front-woman Emma Dean.

CD: When did you first take an interest in music?

Emma: Well I started learning music at the age of 2 when my parents enrolled me in this school called the Stoliarsky School of Music in West End. I started learning recorder and things like â€˜Who stole the cookie from the cookie jarâ€™, those fun little kid things. Then when I was 6 I started to learn the violin, and then shortly after I started to learn the piano. So music has always been a part of my life and I was so lucky to have parents that encouraged it.

CD: Were both of your parents musicians?

Emma: My mum is a music appreciator [laughs]. But my dad is a guitarist, and he also was one of the founding members of 4MBS Classic FM

CD: On your websiteâ€™s bio it says that you started out playing classical music then began singing and writing jazz.Â

Emma: Well I sort of did. I definitely started out learning classical music. When I was in high school I developed a love for song writing and singing. Back when I graduated there wasnâ€™t that many choices for me in terms of tertiary study, so I applied for and got into the jazz vocal course at the Con. 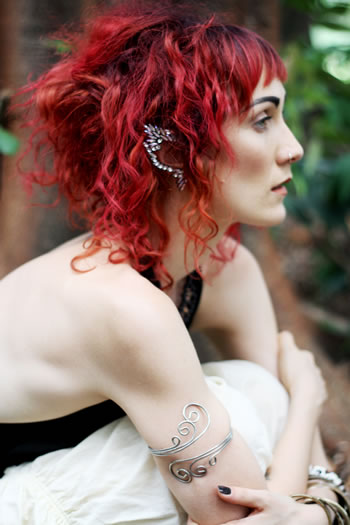 CD: Do you think your classical music background is evident in your song writing at all?Â

CD: When did you form Emma and The Hungry Truth?

Emma: December last year. Prior to that Iâ€™d been doing my solo act under my own name for years and years. After I returned home from living in New York I realised I was a bit lonely and that I really wanted to have a band. Not a backing band, I wanted to be in a band. Then these incredible musicians and I all reached out to each other at the perfect time.

Emma: Theyâ€™re actually the lyrics from a song called The Hungry Truth Will Feast On You. I went into this band wanting to find my true voice, which sounds like a really obvious thing but it can quite often be hard. I wanted to listen to my instincts, and I become â€˜hungry for the truthâ€™, so thatâ€™s where it stemmed from. 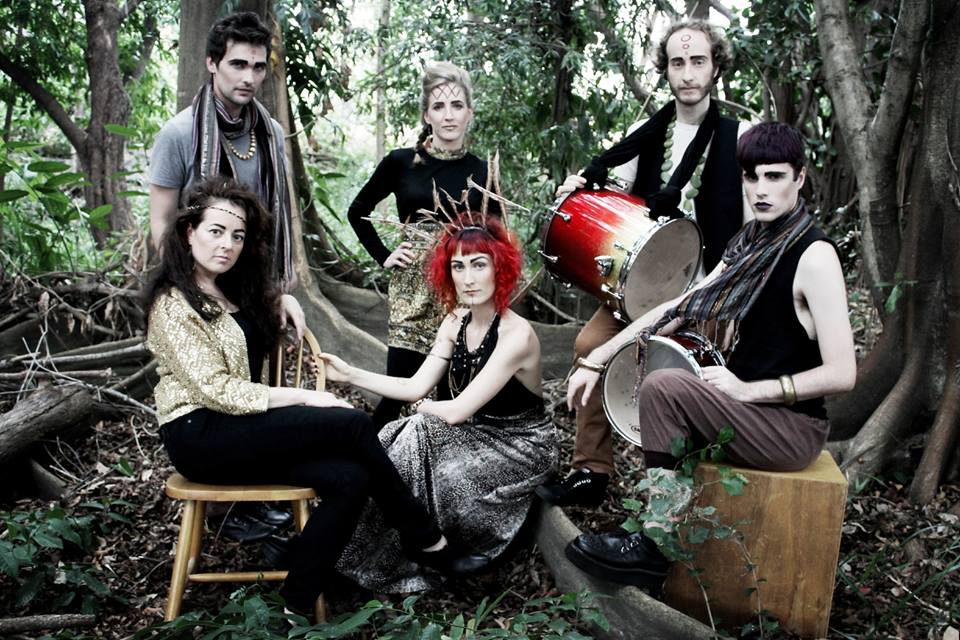 CD: Do the other members of your band have similar musical backgrounds to your own?Â

Emma: Some of them do. Francesca De Valence, our beautiful keyboardist and backing vocalist, studied the same degree as I did. Tony, whoâ€™s my brother and our drummer, also did a jazz degree, jazz drums. James Halloran is studying a jazz degree. Hayden Robins was an engineer and now heâ€™s working at Apple, and heâ€™s played in heavy metal and punk bands, so he has a completely different background. Heâ€™s not musically trained but heâ€™s got a phenomenal ear and natural talent. Laura Driver is classically trained on the cello but she has all these other strings to her bow. Sheâ€™s a mathematician and is currently studying a math degree. So we all have really different interests but it works.

CD: For someone who hasnâ€™t listened to you before, how would you describe your sound?

Emma: Iâ€™d describe it as theatrical pop with tribal beats, and break-your-heart lyrics.

CD: You have your debut EP coming out in November, are you excited for it to be released?

Emma: Yes! Itâ€™s been a really long time coming, and weâ€™re so excited because weâ€™re really proud of it. We worked with a beautiful producer called Paul McKercher whoâ€™s won lots of ARIAs for his work with various artists, and it was such a joy to bring him into the mix.

CD: How long were you working on the EP for?

Emma: The recording process only took about a week, but we were rehearsing for a very long time leading up to that. 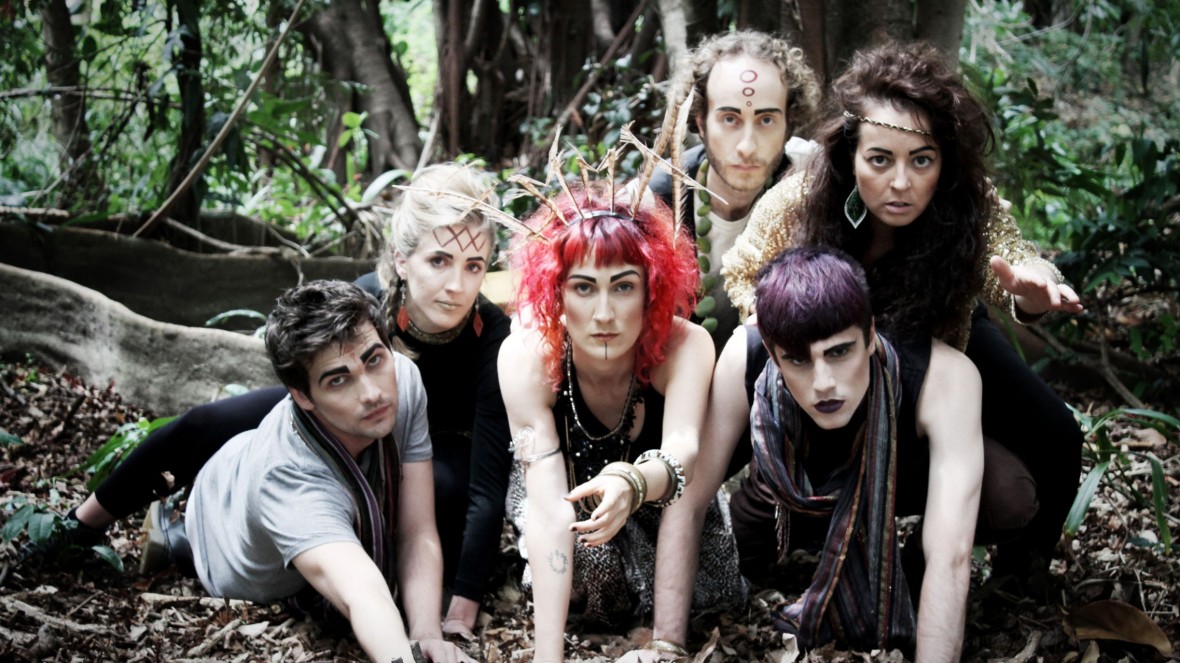 CD: Do you have a song writing process?

Emma: I feel very lucky with my process. I think a lot of people really need to work to unblock their creative pipes for their creative force to move through them, so to speak. But Iâ€™ve always just sat down and had something come to me, and I often donâ€™t remember the process at all. So I can sit at the piano and start tinkering, then the lyrics will come, then the melody, and it all comes together. Iâ€™ve actually recently joined a song writing group that Franchesca started where we have to write one song per week in under 60 minutes with a certain theme. Itâ€™s a wonderful process because it means you have to trust your instincts.

CD: Where do you get your inspiration?Â

Emma: It changes. Sometimes it comes from things that are happening externally, so maybe from a movie Iâ€™ve seen, something thatâ€™s happened to a friend or that Iâ€™ve seen on the news. Lately though a lot of my music has been focused on the stories from my own life.

CD: You released a music video for your single Always The Last To Know and itâ€™s a bit of a trip! Can you tell me about it

Emma: It was directed by Luis Bran. The song is about a love that can never be, and the relationship between your head and your heart. So the head is always the last to know, and my heart has a mind of its own and will get carried away. So it explores those themes. The film clip is very childlike because there is a childlike element to the lyrics. The video starts off as this wild goose chase for my heart, and when I find it I destroy it [laughs].

CD: Your EP Launch tour is coming up soon and youâ€™re playing at the Old Museum, what can people who come expect to see?

Emma: They can expect to see a theatrical pop show with lots of dynamics and flamboyant costumes. Some sad moments and lots of excitement and colour!

Watch the music video forÂ Always The Last To KnowÂ here, and toÂ catch the magic of Emma and The Hungry Truth make sure you check them out at the Old Museum this November!

Halloween Reads To Sink Your Fangs Into