I Fagiolini (pronounced Ee fah-joe-LEE-nee) is a side dish youÂ accidentally ordered at an Italian restaurant, meaning instead to say fragolineÂ (dessert). I Fagiolini Â (little beans)Â is also the name of one of Britians most famed choral groups. PerformingÂ everything from a newly commissioned piece from Australian composer Andrew Schultz La Moliere Imaginaire, Monteverdiâ€™s mandringals, Poulenc’s chansons, having the ability to ensure that what you are singing about is not a dessert when it should be green beans all theÂ while dramatisingÂ Giovanni Croceâ€™s Il gioco dellâ€™Occa or The Game of the Goose, and Clement Janequinâ€™s La Chasse (The Hunt) is part of the challenge.

The Creative Issue spoke with I Fagiolini’s Kirsty Hopkins on her career as a soprano and whether opera singers really do have big egos.Â The group is currently touring nationally.

The Creative Issue: Your work requires you to both sing and act. How do make sure that your acting doesn’t compromise your voice or tone?

KirstyÂ Hopkins: Really, it is a case of making sure that you know the music extremely well. That’s the big thing you need. You get to grips with the music first and then learn it as well as you possibly can and then you start putting the actions and the movements on top of it. If the music is very complicated then you might find that it takes a while for the movement not to get in the way of some of the detail in the music. The more that you do it together, the easier it gets. Particularly when you’re working with a group, you need to get to a point when the music is so naturally within you that you can do other things at the same time. That’s the best thing really. 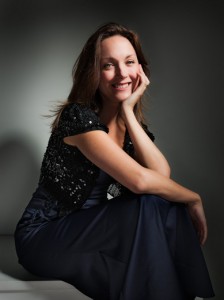 TCI: On top of this, a lot of these pieces are in a different language as well. Can you speak Italian?

Kirsty:Â No. I can do as most singers can; I can order a meal, say hello and goodbye. That’s about it really. But we are very thorough about learning, going through all of the texts that we do with a very detailed translation so we know literally what every single word means. We know exactly what we are saying at every single moment. It is extremely helpful in the learning process as well because then you have a narrative that you can hold on to. You’re actually telling the story

TCI: When you are about to go onto the stage for a live performance how do you calm yourself, because one thing that happens to me is that my mouth clams up from nerves. But for you, that is the very instrument you are relying on.

Kirsty:Â Yeah, It’s an interesting thing. Definitely there are concerts that you do or shows that you do that get your nerves going because either there’s a very big audience or it’s a very difficult piece. Or it can just strike from nowhere. Funnily enough you can be in a situation where you would have thought you’d be completely calm and for some reason you just get nervous. But I think it does get easier as you get more experience. You do get used to it, working in front of people and also, I tend to do a lot of mindfulness anyway. I think mindfulness is extremely helpful. I read in a book a few years ago that the way the brain works is if you think about doing something physical, if you put your brain into your feet for example, and do something physical with it, then the part of your brain that engages in negative thoughts which comes with nerves and says â€œyou can’t do this,â€ or you’re scared that something is going to go wrong, can’t cope. Your brain can’t do two things at the same time.

So a bit of slow breathing and putting my brain into the floor.

TCI: I was reading in one of your biographies that you went to university to ‘read music’. Which I found curious. What stories can music tell you about the composer or culture? What do you learn from reading music?

TCI: Was there another career option for you at this point?

Kirsty:Â It was either singing or acting for me. I love both disciplines and I tried desk jobs and I’ve been told I’m quite good at them, but it just doesn’t do anything for me.

Kirsty:Â It would be much easier. Â A music degree has a certain amount of performance in it but then there is history and composition, all of that kind of stuff and it gives you at the end of it a thing saying you can write essays, and that kind of thing, so I think it is very worthwhile having a degree. In retrospect I’m very glad I did it. It is a cruel world, a …Â world full of very clever people so it is good to feel that you can vaguely hold your own amongst some of these people.

TCI: Are your parents singers?

Kirsty:Â No. I have an aunt who is a concert pianist and I have a some slightly more distant relations who are all musicians. My dad loves to play the piano as an amateur. There are no professional singers in my family.

TCI: Was it a shock for them when you decided to take this pathway?

Kirsty: I think they are very much like most people. They worked in the finance industry. My mother is a mentor and a coach within a financial world, and I think they thought for a very long time I was just showing off. 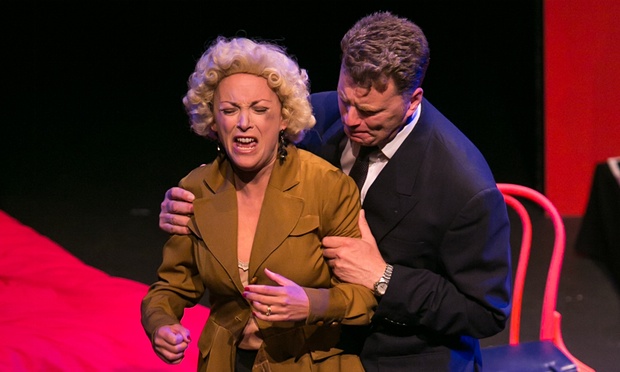 TCI: Obviously you had a very nice singing voice anyway, which they must have been well aware of.

Kirsty:Â The thing is that when I was a teenager, to go off and be a singer or an actress it was that kind of thing you didn’t want your child to do. At that point it was a world of stable careers. If you trained as a doctor, you knew -Â unless you did something dreadfully wrong -, you pretty much had a job as a doctor for life. And what I was talking about doing was going to be terribly insecure. Funnily enough, I think the world has changed so much with financial crashes that being a freelancer and working creatively, a lot of people who thought they were going to have a job for life are having to adapt and freelance, just like me.

TCI: I was also reading that you preformed the part of Rita Ellis [in Entanglement], the last woman to be hanged in Britain. She was a nightclub hostess. And a murderer. How did you connect with her part?

Kirsty:Â Largely I called to mind the horrible relationships that I had in the past. But also as a mother – I have a 7 year old daughter. So the big thing for me was to try and find the good parts in her. Fifty thousand people signed a petition to have her not be killed, so she obviously appealed to people. [I just tried] to find the humanity behind the thing that she had done. I think she was quite an easy woman in many ways to sympathise with; she had suffered terribly, been beaten, at the hands of this man. Something interesting about killers is the reason that some people do it is that they think they can’t function any other way. The only choice that they have is to kill. I tried to bring this across, that she was a desperate, desperate woman for that to happen. It is a terribly sad story.

TCI: In a way it is kind of weird to sing about something like that.

Kirsty:Â It is a lot to fit in a short time. It is a chamber opera, so ti’s only about 40 minutes long, but the [writers] they threw me straight into detention. The [script]Â was very clever writing. Every word means something.

TCI: Do you think it is important to like the character that you play?

Kirsty: You have to make them real. If you can’t see why a character is worth something then I think the audience will struggle to as well. So you have to find a way to make what they’re doing logical, even if it’sÂ a very twisted logic, to make people understand, particularly in [Rita’s]Â instance, she was obviously a very insecure woman, so it was a realÂ challenge to try and bring together a performance where she is so very vulnerable but it is this very vulnerability that made her kill. She has got to be strong enough to pick up that gun and do it. So yeah, in the end it was a real challenge. We’ve got more performances coming up and I’m really looking forward to getting to play her again.

TCI: So how did it come about that you ended up in I Fagiolini?Â

Kirsty:Â I knew Robert [Hollingworth, director of I Fagiolini] a little bit. Colleagues of mine sang for him. I was singing in a ballet and he came along to see that and from there he asked me to audition for I Fagiolini. I’ve been doing various work for him ever since.

I love working with I Fagiolini. The real difference with them is that there is so much involved throughout the dramatisation and, that for me is the real thrill. I love concerts, normal straight singing concerts. But I love the chance to do acting as well.

TCI: It combines those two interests for you.

TCI: What is one of the most clichÃ© things that you’ve heard about opera singers?

Kirsty:Â There are plenty of clichÃ©s. I couldn’t probably call myself an opera singer to be honest.

TCI: Why is that?

Kirsty:Â I tend to do the small, little, I’m trying to find the right word. I don’t do very many operas in big opera houses, in this European city or that, or Sydney Opera House or whatever. I tend to do the more unusual projects. New opera or early operas. I don’t do the big Verdi’s. I don’t have the voice for that. It’s a very different discipline to what I do.

TCI: You call yourself an opera singer though?

Kirsty:Â I call myself a Soprano who does a bit of Opera. My daughter tells everybody I’m an opera singer. I say, no I’m not an Opera singer.

TCI: Saying that you’re a soprano just doesn’t have the same level of knowledge out there.

Kirsty:Â No. I doubt there are many people in I Fagiolini who call themselves opera singers though. There are certain people who do operas. Â But there are huge cliches about singers. Probably one of the biggest ones is that they’ve all got big egos and that is absolutely not true. You do bump into prima donnas in your time but I can promise you that there are none in I Fagiolini.