INTERVIEW: Getting A Gutful of Bad//Dreems

Adelaide rockers Bad//Dreems released their second album, Gutful, at the beginning of this year and announced their Gutful national tour on the back of it.

Supported by Brisbane’s The Creases who released new music this week. The shows are set to explode with most of them sold out, including Brisbane’s, and the others selling fast. The Creative Issue had a chat to Alex Cameron, the guitarist of Bad//Dreems, about what they’ve been up to and what we can expect from them in the future. 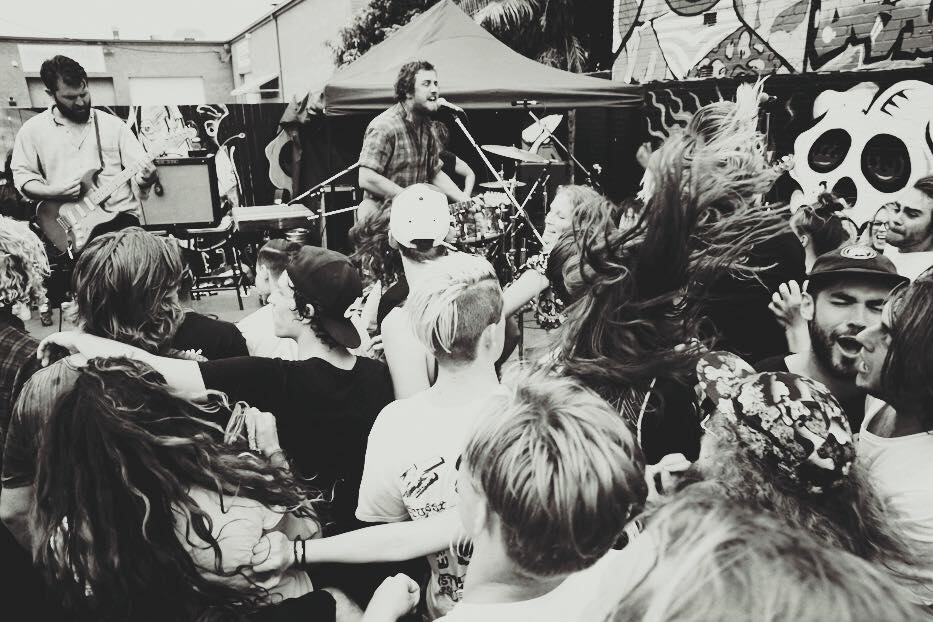 We asked Alex how they were feeling in the lead up to their tour. Very excited to play some shows. This has been the longest period we’ve had without playing since we’ve started as a band. It’s nice that people have bought tickets and we hope to put on a good show for them.

We also asked what it was like supporting Australian rock royalty in The Living End and DMA’s who are charging their way through the Australian music industry. “It was great supporting both those bands. DMA’s have been mates of ours for some years now. We share a manager. Living End were really nice guys and amazing musicians. Every big band like that has a unique crowd, and there can be quite big variations in how willing they are to engage with the supporting act.”

Speaking of supports, we asked how The Creases came into the picture for this tour and Alex quite simply said, “great guys, great band, great songs.”

If you’ve been to a Bad//Dreems show before then you know what to expect but for those who haven’t their tours get bigger every time. Alex also mentioned “Mile’s father Keith will be playing saxophone with us on two of the dates.” And not to worry there will be a good mix of classics and new ones from Gutful.

They recently posted a photo of a fan with a Bad//Dreems tattoo so we had to ask if they see them often and his opinion on the tatts. “There’s a smattering of them around. I think they’re great.” 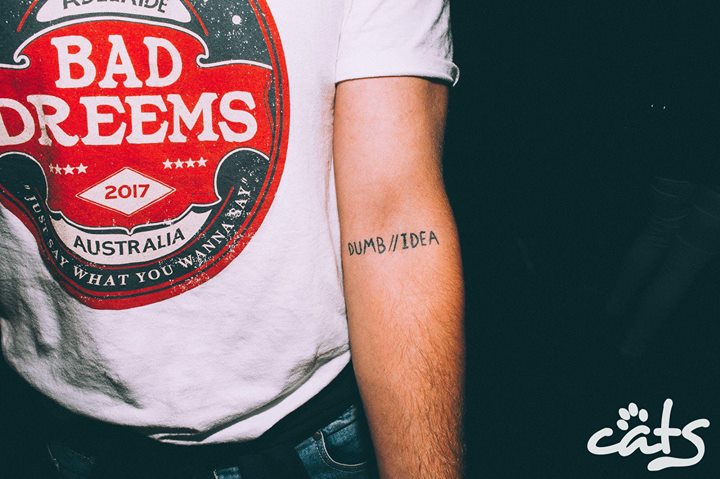 Among things that are exciting for the band, they’re hosting Rage this weekend which was a “massive thrill and honour” for the guys of Bad//Dreems. They’ve just been announced on Canberra’s Split Milk line-up along with Alison Wonderland, Lorde and Vance Joy but before this they’re playing at Splendour in the Grass. “[Splendour] is a good festival and we’re looking forward to playing again and seeing some of the other bands on the line-up. We have some ideas for a few special additions to the set.”

So what’s next for the guys from Adelaide? “Yours + Owls and some other festivals, playing with Midnight Oil in October and recording the next album.”

This is definitely a big year for Bad//Dreems and their national tour kicked off last night in Brisbane at the Woolly Mammoth. To check out what they’re up to and see some upcoming shows, click here.