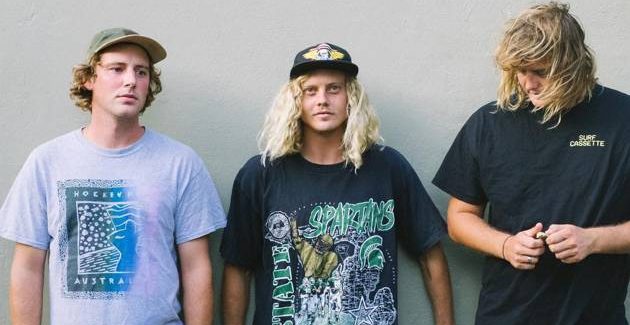 Byron Bay trio Skegss are on the road touring their latest EPÂ – and theyâ€™ve definitely found something theyâ€™re good at.

SkegssÂ have createdÂ another gnarly set of seven tracks onÂ their latest EP, Everyone is Good at Something. Each song comes with its own persona, varying from the sounds of lighthearted rock and roll tunes “Mustang” and “Slayer”, to the slower strummed guitar riffs of “Stranger”. Ben Bograil told The Creative Issue that “Mustang” meant the most to him.

“I was just making it in my room, singing about going on tour and how it’s heaps of fun and the situations I get myself in, and thinking about how there’s some people that never leave the town they grow up in,”Â Ben said.

“I love the town I grew up in, but left as soon as I finished school. I was wanting to do things all the time, so I had a couple shitty jobs, couple sick ones,â€™ he said, “I just kind of did it though. Still hustling.” 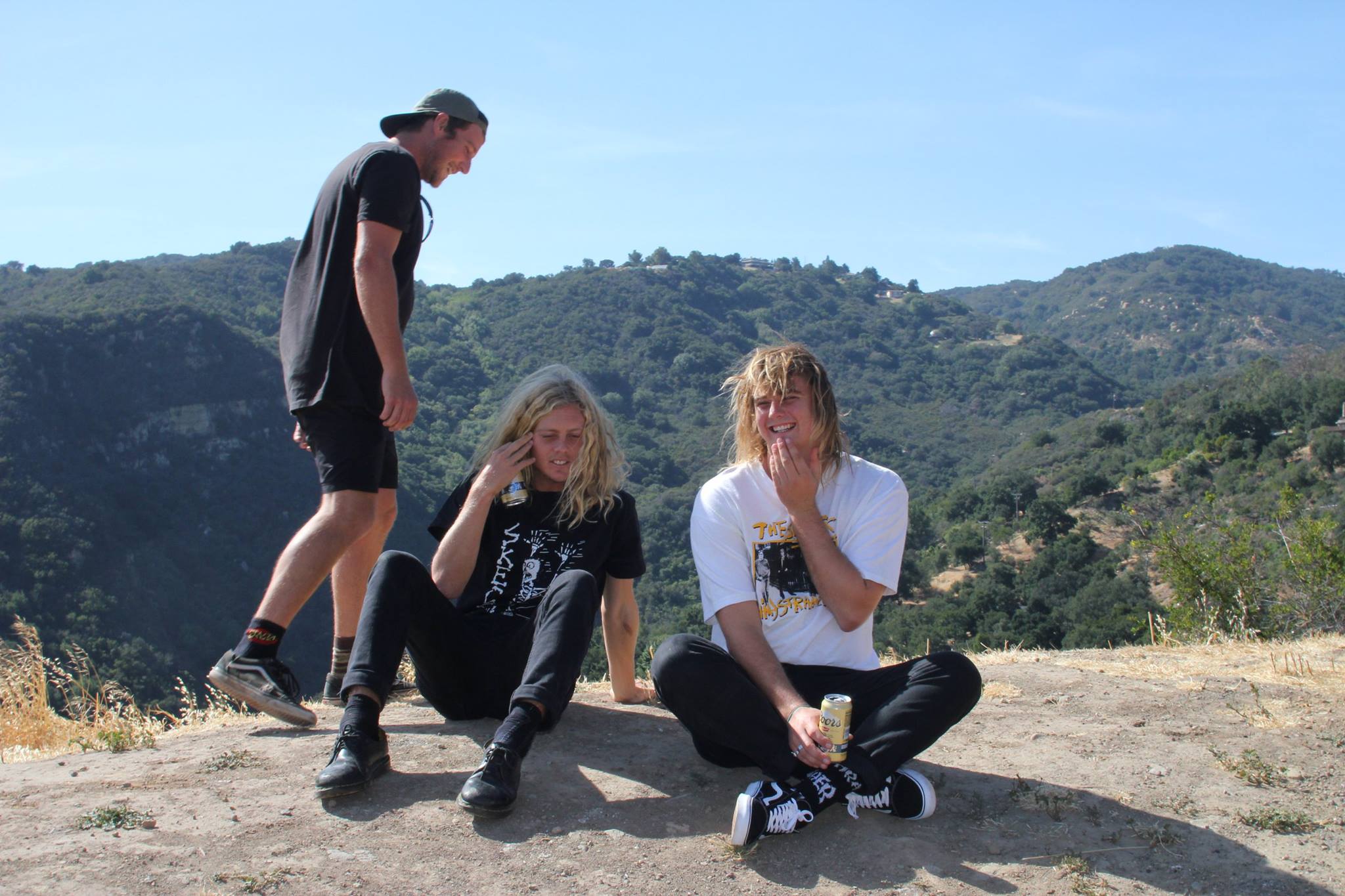 After recently returning from their tour of the United States, Canada, South America and New Caledonia, the band has gained recognition abroad as well as throughout Australia. Playing on September 3rd at The Foundry, the band is keen to return to Brisbane for more of an intimate show.

“We love playing Brissie- all the shows there in the past have been so much fun,” they said.

“They are just way more intimate compared to a festival, no one can jump on stage really fuzzy at gigs – but it’s funny as hell when they do.”

Inspired by the likes of The Black Lips, the boys hope to continue the sound they have always pursued, to stay original and not think too much about what comes next.

“We don’t really like to do many covers because why paint a picture and put someone elseâ€™s name on it?” 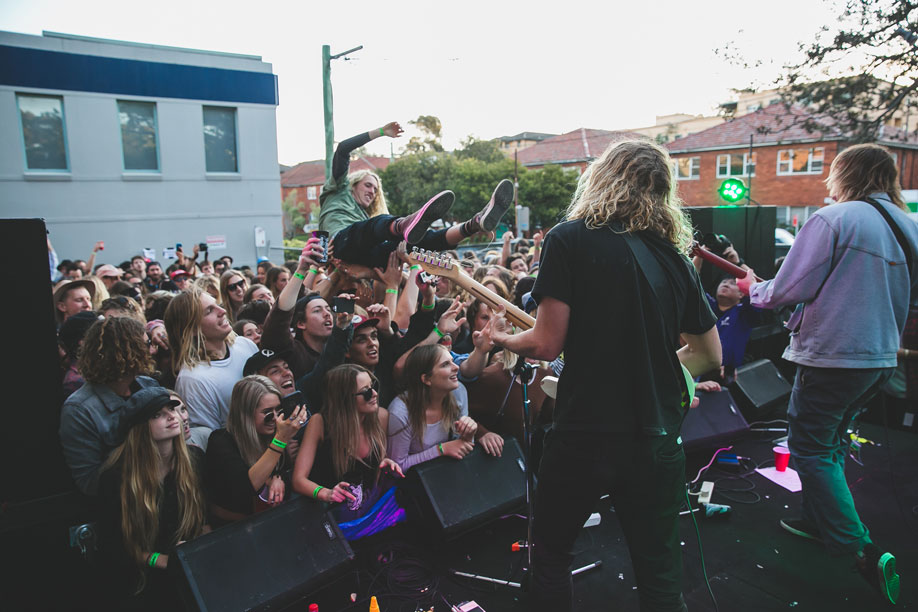 Regardless of the size of their crowd however, the trio never fail to produce the “messiest and wildest” of gigs and radiate as much energy as their crowd. Announced as the Triple J Unearthed Splendour in the Grass winners of 2015, the trio maintain that their shows are always a good time.

“Being announced as the winners was pretty awesome. Playing for that sort of a crowd was trippy as heck, that stage is massive,” Toby said.

When Skegss arenâ€™t practicing, you might even catch them surfing at their favourite “secret spot” down past Wollongong, sipping on a cold Cooperâ€™s Pale at your local, or at their next dates on the Everyone is Good at Something tour. 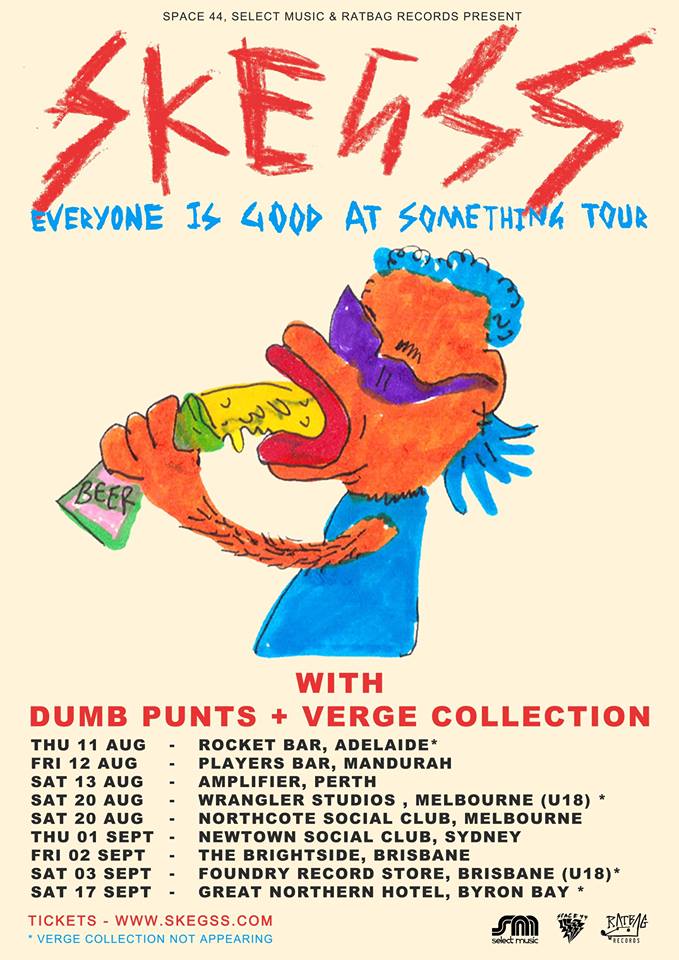 INTERVIEW: Josh Earl’s Family Is Weirder Than Your Family