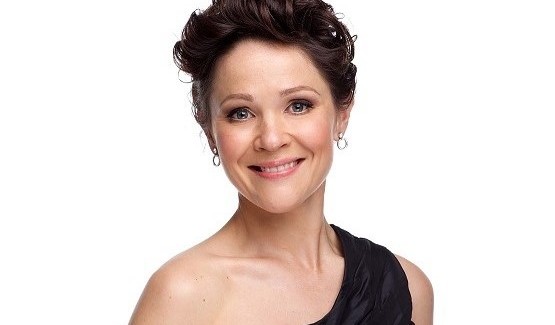 Acclaimed Soprano Greta Bradman is back with her new album My Hero and is gearing up to tour internationally with some of Australia’s most loved performers. Greta is proving that she is much more than justÂ her famous surname. Granddaughter of Cricket legend Donald Bradman, Greta was born into a talented and well-respected family. Since pursuing music professionally in 2010 she has experienced great success and is back with her third album. From the highlights of opera (Handel, Mozart, Verdi, Bellini) to the world of lighter classics and songs from musical (â€˜Edelweissâ€™, â€˜When You Wish Upon A Starâ€™, I Dreamt I Dwelt In Marble Halls, Cherry Ripe), My Hero takes the listener on a magic carpet ride, with the luxurious warmth of Gretaâ€™s voice cushioned by the beautiful sounds of Londonâ€™s iconic English Chamber Orchestra conducted by Maestro Richard Bonynge.

TCI: What can audiences expect when they see From Broadway to La Scala?

â€‹Greta Bradman: A lot of laughter, some tears, tonnes of gorgeous music from show tunes to gorgeous operatic arias and duets. There are duets, ensemble numbers as well as solos through the show and all four of us get along so well I think the on stage banter is likely to be quite entertaining alongside the music.

â€‹TCI: How has it been for you working alongside Teddy Rhodes, David Hobson and Lisa McCune?

â€‹â€‹Greta Bradman: A dream come true. If you had asked me, in 2010 when I started my full-time professional singing career, whether I would â€‹be touring some five years later with three of my Australian singing idols I would have told you to “get out of town!”… Teddy, Lisa and David are such gracious, warm and generous people and artists. They are world class singers and performers with a wealth of experience. It’s an absolute joy to work alongside them not to mention an honour.

TCI: When did you first discover that you had a passion for music?

â€‹â€‹Greta Bradman: I can’t ever remember not having music as a dominating passion in my life. Even as a little girl I was constantly gravitating toward any instrument I could lay my hands on, and when there wasn’t any instrument around I’d sing.â€‹

TCI: What are some of the challenges that you have faced in your music career and how have you overcome them? â€‹â€‹

Greta Bradman: Every artist, especially as a singer, faces career challenges – we each forge such a unique path and in some ways challenge is inevitable and must be approached as opportunity rather than as an obstacle to be overcome. I think sometimes the greatest challenges we face are internal – for me, I have had people try to pull me in many different directions musically and the challenge has been to work out for myself, in amongst it all, what is right for me artistically and to be true to that. I think that’s why My HeroÂ means so much to me – because it’s the first album I’ve released that really represents who I am as an artist and what I tend to sing in my live performance career. 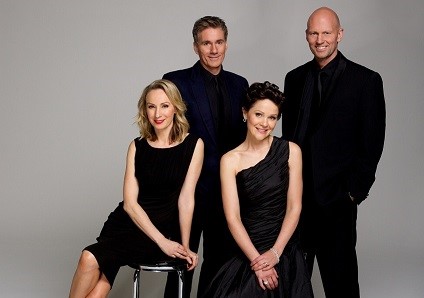 TCI: What would be your advice to aspiring performers who are unsure if they can turn their music into a career?

â€‹â€‹Greta Bradman: Ask yourself whether you’re really willing to give it a go, and whether there are people you trust who think you’ve got what it takes. If the answer is ‘yes’ to these questions and you’re prepared to put in some seriously hard work on your instrument, your musicianship and artistry, project and concert organisation, as well as being prepared to take the initiative and not expect anyone to hand you anything on a plate, and live on an oily rag while you’re establishing yourself, it is possible. I’d boil it down to perseverance, initiative and hard work coupled with enduring humility and gratitude – alongside talent.â€‹

TCI: Your latest album My Hero is a tribute to many of your musical heroes. Would you mind giving our readers an insight into who they are?

â€‹â€‹Greta Bradman: My musical heroes include my family – parents and grandparents mainly, who introduced me to and instilled in me my love for â€‹classical music – and conductors and singers over the years who have inspired me hugely. Conductors like Richard Bonynge, Zubin Mehta and Herbert von Karajan; singers like Bessie Smith, Joan Sutherland and Maria Callas.

TCI: My Hero was recorded in London with the English Chamber Orchestra and conducted by Richard Bonynge. What was that experience like for you? â€‹â€‹

Greta Bradman: On the one hand I was on tenterhooks until the final aria was recorded as I had organised the sessions and oversaw and arranged much of the score preparation – so on a ‘producer’ level I was concerned everything should go smoothly especially given the brief amount of rehearsal and recording time. But on the other hand, as a singer, those four days were some of the most sublime, extraordinary of my life so far. I felt totally humbled and hugely grateful to be standing there, next to the ECO concertmaster Stephanie Gonley and Richard Bonynge.

â€‹Greta Bradman: Working around Australia, NZ, Europe and the UK with more touring, loads of concerts, some operas, and more recording. â€‹Details will go up on my website (gretabradman.com) as I can announce things. Suffice to say I’m really excited about the journey ahead!

WhatÂ From Broadway to La Scala