The Creative Issue recently had a chat to Brisbaneâ€™s very own Hannah Macklin (MKO Sun) about the Queensland Music Festival and her new band Bastard Amber. She is a diverse artist whose sounds are constantly evolving via experimentation with various musical mediums, from abstract R&B to her more recent â€œcult popâ€ sounds.

Throughout this experience, Macklin has become the absolute powerhouse of a role model that she is today, constantly writing and producing her own songs and videos. We asked Macklin about her experiences in the industry regarding the topic of gender disparity.

â€œI think that sometimes itâ€™s not so black and white. As a female in general you have to work a little bit harder. There have definitely been a few times, especially with MKO Sun where I was doing bits of the production and people would often be quite surprised that it was me that had been doing that. [I had comments such as] â€˜oh who writes your songs or who does your productionâ€™, assuming that it wasnâ€™t me.â€ Said Macklin.

â€œNot being apologetic for who you are. This is one thing that I think females tend to do just because of how the situation is. Also, not being afraid to be really assertive. Just taking control and telling people what you want. Itâ€™s not bossy at all, itâ€™s being assertive.â€ she said. 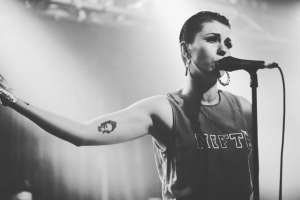 Fittingly, Macklin is part of this yearâ€™s exciting Songs That Made Me program as part of the Queensland Music Festival where she will pass on this knowledge. We spoke about what this program is all about and how it aims to instill a sense of confidence in emerging female artists in the Australian music scene via a mentorship program:

TCI: What can we expect at the Queensland Music Festival final performance of the Songs That Made Me tour?

Macklin: Itâ€™s going to bring together 7 different singer-songwriters in performance with Debora Conway, Clare Bowditch, as well as Hayley Marsten, Megan Sarmardin, Kristin Berardi and Leigh Carriage. Basically, itâ€™s a culmination of the tour, so we will be touring to regional towns throughout next week and then the big finale is in Brisbane (The Tivoli, July 16th) with all the performers from throughout the week.

TCI: Do you believe that Songs That Made Me will help inspire more female artists to get their content out into the Australian music scene?

Macklin: Thatâ€™s one of the big aims of the mentorship program thatâ€™s running alongside the shows. We spend the day before the performances in each town. Thereâ€™s a whole day of workshops with some local artists who have applied to be a part of this program. We are all female musicians and writers, and the aim is basically to inspire them and also give them some information and tips [regarding] how to go about getting their music careers going. There is also an opportunity for them to be part of the show as well. It will be a really collaborative experience.

TCI: What are you most excited about in regards to the QMF Songs That Made MeÂ tour?

Macklin: Iâ€™m really looking forward to meeting all the local artists at each town. Iâ€™ve heard them and their songs and seen their audition tapes but I havenâ€™t met any of them in person. It will be nice to actually get to know them and do some workshops with them and hear them sing their songs.

TCI: Can you give us a sneak peek into one or two songs that have made you personally?

Macklin: We have all chosen one song to go into the show. The one I chose is the song Feed the Birds from Mary Poppins. I chose it because it was my favourite movie as a kid and I used to watch it every weekend and I have just always loved that song. Iâ€™m doing a bit of a version of it in the show. 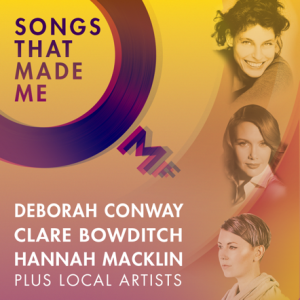 We also discussed what sparked one of Macklinâ€™s new projects that resulted in the creation of the â€œcult popâ€ band Bastard Amber. This new character of hers came about when she started learning bass guitar. â€œBastard AmberÂ is this character and band that I formed based around that, where I play bass and sing. Itâ€™s a bit of an experiment with a new sound and trying some new things.â€ Macklin said. 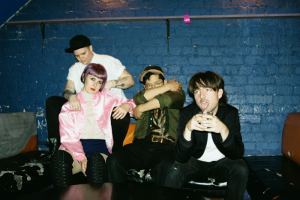 Finding a lot of inspiration in New York, Macklin is returning there in August â€œfor the Grant McLennan Fellowship that she won last year where she will be â€œfocusing on song writing and new materialâ€.

Make sure to keep an eye out for new content from Hannah Macklin! You can catch Bastard Amber updates here and MKO Sun updates here.

What: Queensland Music Festival: Songs That Made Me

A Chat with the Cursed Baronet of Ruddigore