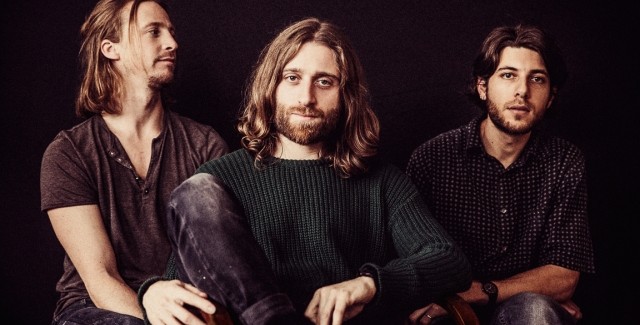 It’s been a busy year for Husky. After releasing their highly anticipated new albumÂ Ruckers Hill,Â the band have made a string of headline and festival appearances to crowds new and old, the intimacy of their live shows and soulful lyrics making for a moving and ultimately enthralling performance.
So when frontman Husky Gawenda sat down in a small, but thankfully air-conditioned backroom at Woodford Folk Festival, it was with a degree of restraint that I managed to keep the chorus of ‘History’s Door’ firmly under my breath.Â

CD: How was Christmas on the road?

Husky: Â It was good! Obviously it’s a nice time to be with family, but it’s also a nice time to be on the road. People spirits are really high, everyone’s feeling very warm with lots of love. I was actually visiting some friends in Mullumbimby. It’s near Byron Bay, about 15 minutes into the hinterland and hills, and it’s a magical place, you should go! I actually spent Christmas Eve on Seven Mile Beach camping out, had a bonfire. Everyone was playing a song, passing the guitar around the circle, pretty ideal.

CD: Now for the album Ruckers Hill, was there anything in this album that you wanted to pinpoint that you might have played around with in previous years?

Husky: Â Well on our last album Forever So, we left a lot of space musically for lyrics and the stories of the songs, and that was important to me. I mean, the lyrics are generally very important to me and the music and the album was made in order to support and give space to those stories. But I think we found that, as a band, not so much the album but the live show was a little bit lacking in more immediate and exciting moments. So in this record we wanted to maintain that lyrical thread; maintain those lyrics but also have more upbeat moments that would translate to a live setting well. I think Saint Joan is a good example of that, it has places you can go if you want to lyrically, but has more to it than just a driving beat and bass line.

CD: Is there a process that you follow, a start from raw idea?

Husky:Â It depends and the process varies, but I remember with Saint Joan it started with a chord progression and an idea in my head of how I wanted the rhythm section to sound, so I always had that momentum in mind. I started writing the lyrics and worked hard on fitting the lyrics into that momentum. I wanted to make sure the lyrics didn’t suffer for that. 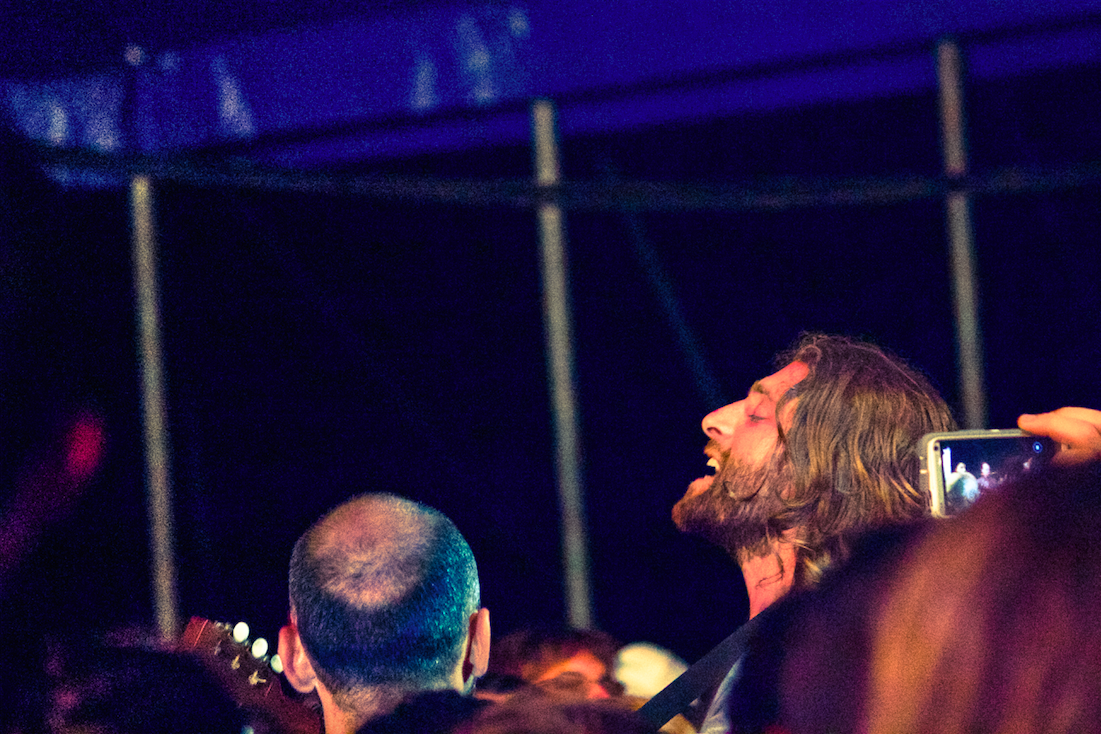 CD: Was it tough at first to open yourself up to crowd about the basis of some really heartfelt lyrics?

Husky:Â It’s a strange thing to do, to tell complete strangers about the most intimate moments of your life. I think that’s hard for most people, and it was a process of doing it over and over again, and as much as it was hard, I felt compelled to do it. I’ve always felt that I want to write songs and share them with people, and I slowly got used to it. Right now it’s still not necessarily an easy thing to do, but it’s a beautiful thing to do, and I consider myself really lucky that there are people actually interested in hearing my songs! Every time I have a show I might have a moment where I look out at the crowd and think ‘What the hell are they doing here?’ It’s such an awesome thing to be able to share intimate moments with a bunch of people, and while it’s personal and intimate, we get in these big crowds because we all get it.

CD: As a previous barstool performer, was it difficult to establish yourself amongst a whole range of similar musicians and rise above the cliches?Â

Husky:Â It’s a good question. I spent many years writing songs and playing in little bars solo, I didn’t play in a band until five or six years ago. I actually used to play with my sister, we used to sing together. My mum’s a singer too, we grew up around a lot of singing and music. I spent many years writing and learning about my style, and about my sound; listening and finding other writers and artists that I thought managed to transcend what you called the cliche barstool performer. You do have to tap into something that’s uniquely your own, something authentic, and that stands out. The thing about cliches is that the guy before you said it. Chasing authenticity is like chasing shadows with flashlight, you just have to forget all that, and just follow the song. My philosophy when writing is to just sit down with a paper and pen. That blank piece of paper, that’s the scary thing: ‘What am I going to write on this fucking piece of paper?’Â

CD: Do you have any artists in mind when writing a particular style or conveying an idea?

Husky:Â I don’t think of it as keeping a style in mind, more what they achieved with their writing. From Leonard Cohen to Joni Mitchell, to the Beach Boys, Taj Mahal, and so many others from that era, and also more recent ones: what the Fleet Foxes brought out in terms of bringing back some of the things about music that I grew up loving. And there’s a guy, Jonathan Wilson. There’s an album calledÂ Fanfare,Â which is amazing.

CD: Is it important to you for a whole album to be thematic?

Husky:Â It doesn’t have to be thematic exactly, I wouldn’t say we stick to a strict theme. But it needs to work as an album and it needs to tell some kind of story even if it has lots of facets, for me more than anything else the songs need to be good songs.

CD: Any up and comers in a local setting?

Husky: There’sÂ a few that I could mention, there’s The Trouble With Templeton, and a band called Ainslie Wills who I feel are just on the cusp of breaking through. There’s this really cool band that we toured with in W.A called Child Saint…Â I get inspired by good music, so when I see it, wherever it is- it excites me, and I’m always looking for that next awesome band or singer.

CD: Is there anything from 2014 that you’ve taken to heart?

Husky:Â Well, we spent the last couple of years writing, recording and working towards the release of the album, so towards the end of 2014 we finally released it. So that was a huge moment, it was good to finally get out and play the new songs, and we’d been playing the old songs for so long. We found the audiences in our shows to be the best we’d ever had, so many moments I felt we were all in it together, and those were the best moments for playing live. So that’s probably what I’ll look back on in 2014.