I met Adelaide Sines about a year ago while working in an independent Brisbane boutique. She was my co-worker, but you could also find her picture on posters all over the shop. I loved the juxtaposition between the fierce, perfectly made-up creature modelling the hell out of the clothes and the sweet, funny person I chatted to for hours on end. Over the course of our working together, I heard all manner of stories from various fashion shoots and high profile catwalk shows. Behind the scenes, the world of modelling fascinated me, what’s expected of the models, the fast-paced nature of the jobs, the fascinating people she would meet. So I decided to ask her if she would care to answer a few questions in an official capacity. Luckily for me, she said yes! 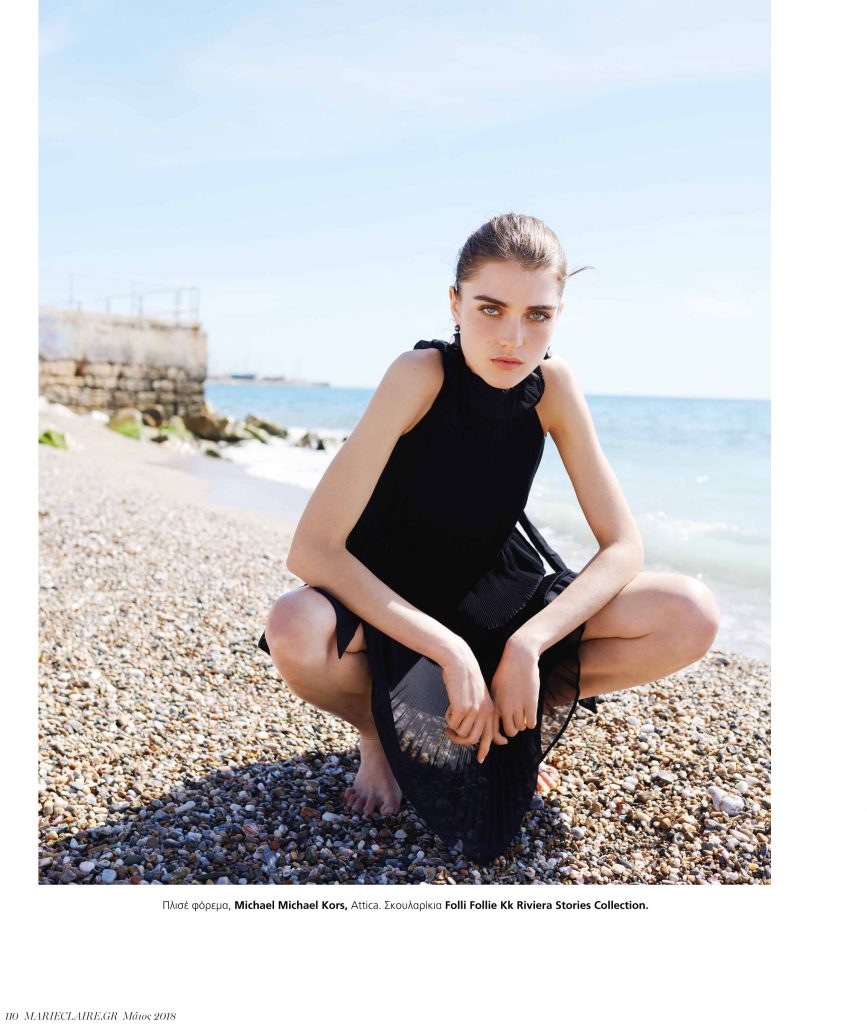 The Creative Issue: So when did you get into modelling?

Adelaide Sines: So I started officially modelling when I was 19, almost 20. I was scouted previously when I was 19, but I was a bit too young. They needed me to lose weight to fit in with the market at the time, in high school and it just wasn’t the right thing for me at the time. I’m really fortunate that my parents had their heads screwed on right and were against me pursuing it when I was really young, due to the pressure that they could already see it was going to have on me. However, when the opportunity arose again when I was 19, they were entirely and fully supportive. By that time I was much older and I had a better idea of how to look after myself and my body.
At 19 I began working with a local Brisbane agency, and my mother agent sent me down to Sydney pretty well immediately to meet with some large agencies in Australia. I signed to a Sydney agency right away and then the ball kept rolling. I was signed to a New Zealand agency and then whilst in New Zealand, I was signed to my Paris agency. I then flew into Paris for the following fashion week. The countries I’ve worked in have been New Zealand, France, Germany, Greece, the United Kingdom, and Hong Kong and Australia, of course.

TCI: Could we have a little background on your family?

AS: My immediate family is in Australia. We live here in Brisbane. My dad’s background is Greek-Australian and my mum’s background is German-Australian. I have two siblings, an older brother who’s 26 and a younger sister who’s 20, so there are three years between each of us. My brother’s a musician, signed with Island Records in America. My younger sister is an artist, currently studying at the Queensland College of Art, which is really exciting as well. My father’s a cinematographer, and my mum used to be a journalist and now she’s an editor slash journalist.
I still have some family in Greece and Germany overseas. I have incredibly supportive parents and I couldn’t have done half of the things that I’ve done in modelling and in life without them so I’m so greatly appreciative.

TCI: Which has been your favourite place to work?

AS: My favourite place to work has been London I’d say, I think the standard with which they treat models is high there. It’s all very well done and they really look after you on set. You know, they make sure you get a break when you need, that you’re getting enough to eat, and that you know, they treat you and your body reasonably.
They keep a pretty strict set, you know, things like behind the scenes in fashion week, they don’t tend to have photographers back in the changing areas, just stuff like that, which is really important. However, all of my favourite jobs that I’ve done, I think would have been in either Greece or Paris. 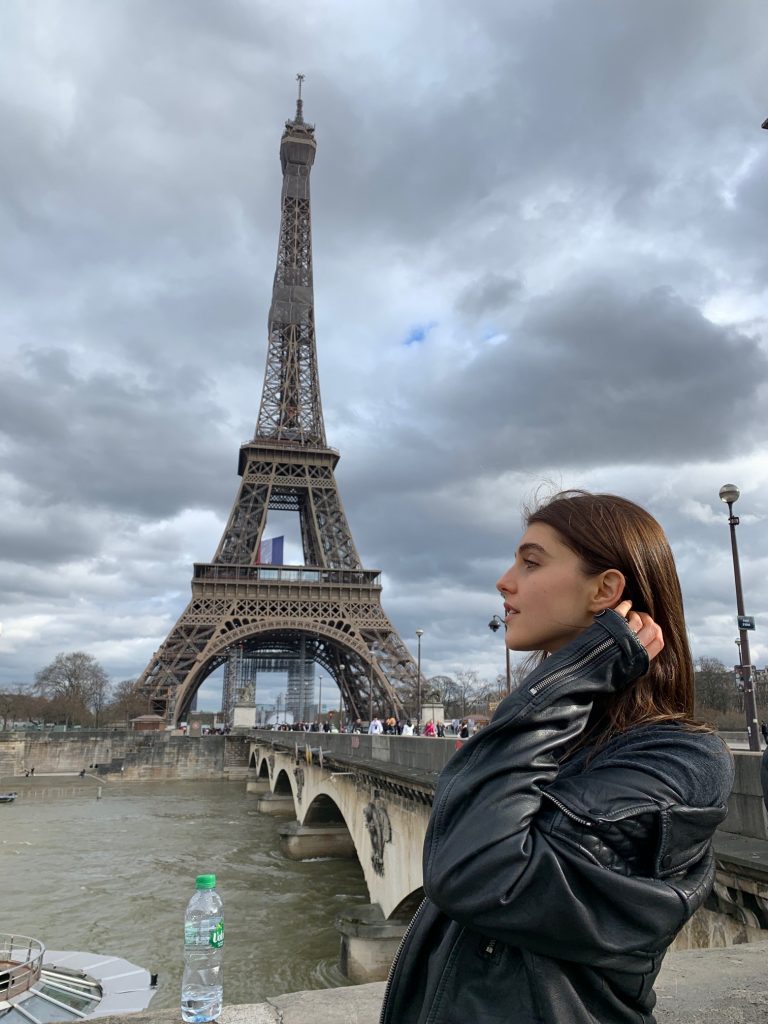 TCI: Have you ever felt body pressure when modelling?

AS: The only pressure I’ve experienced, is actually (strangely enough) when working back in the Australian market. They (my agents and the clients) wanted me to gain weight and to have a more athletic figure. I had just come off the back of Paris Fashion Week and was considerably slim, (as is what happens when you do Paris Fashion Week) and they wanted me to come back to work in Australia for a while, at a higher weight. Now that is problematic- just being expected to go back and forth. I worked in Paris a lot at this time and to go back and forth between weights just to flit between markets is really unhealthy and was really difficult. An agent of mine said to me, “you know, think of it like you’re a prize-fighter, and you’re just trying to get down to make your weight when you go to Paris Fashion Week, and that’s you making your weight for that prize game. Then when you come back to Australia, you know you’re back home, you can relax, you can gain a bit of weight.” I thought that’s so unhealthy. Like there was over a 5-kilo difference for what they wanted me to be to work in the Australian market and what I needed to be to do Paris or couture. So that was a bit of a difficult time. Other countries, however, and other markets have different standards of weight that I know has been difficult for other models.

TCI: What has been your favourite aspect of modelling?

AS: My favourite aspect of being a model has definitely been the travel and being able to meet people from all different walks of life. Interesting characters within the modelling industry itself, or the fashion industry, or even the entertainment and media industry. All of which have been amazing. I feel like I’ve made amazing connections in all of those different areas. I’ve met some really interesting characters from all different walks of life, including, you know, different authors that I loved, actors that I’d watched in films growing up and models I looked up to. At a dinner party, I met neurosurgeon Henry Marsh, whose book I was reading at the time, and greatly admired, and that was amazing. So yeah, you really do meet and connect with amazing people.

TCI: And your least favourite?

AS: My least favourite aspect of modelling, I would say is the uncertainty. With modelling, you could do 50 castings and never find out if they liked you or didn’t like you, because you just never hear back. You don’t know what could have been better, what they may have wanted, or what it was that they were actually looking for. The work is not usually planned far in advance. Often you hear about things the night before or the day before. It’s very difficult to schedule sometimes. I think that kind of uncertainty is really frustrating for a lot of models, specifically me, as I love to plan and I’d love to feel organized.

TCI: Now you had coronavirus didn’t you, are you comfortable talking about it?

AS: Yes, I did have COVID-19. So I was in Europe, I was working, I was floating between countries and I was in Paris for the weekend before heading over to Greece to start my contract. Then when everything popped off, I guess you’d say with restrictions, Paris decided to shut down. Greece had just shut down and I needed to get back home. I came home immediately on an emergency flight. When I arrived back home, I had just a slight tickle in my throat and a little bit of jetlag, and I thought, that’s weird. I never get jetlag. My mum, being sensible, said I should get tested. So I did, and I did have Coronavirus. Fortunately, I was asymptomatic and also, fortunately, I had already been isolating myself away from my family in a sort of granny flat that is attached to our house. So my family hadn’t been exposed. We had a zero per cent transmission. So that was really really good news. Something to be really grateful for. 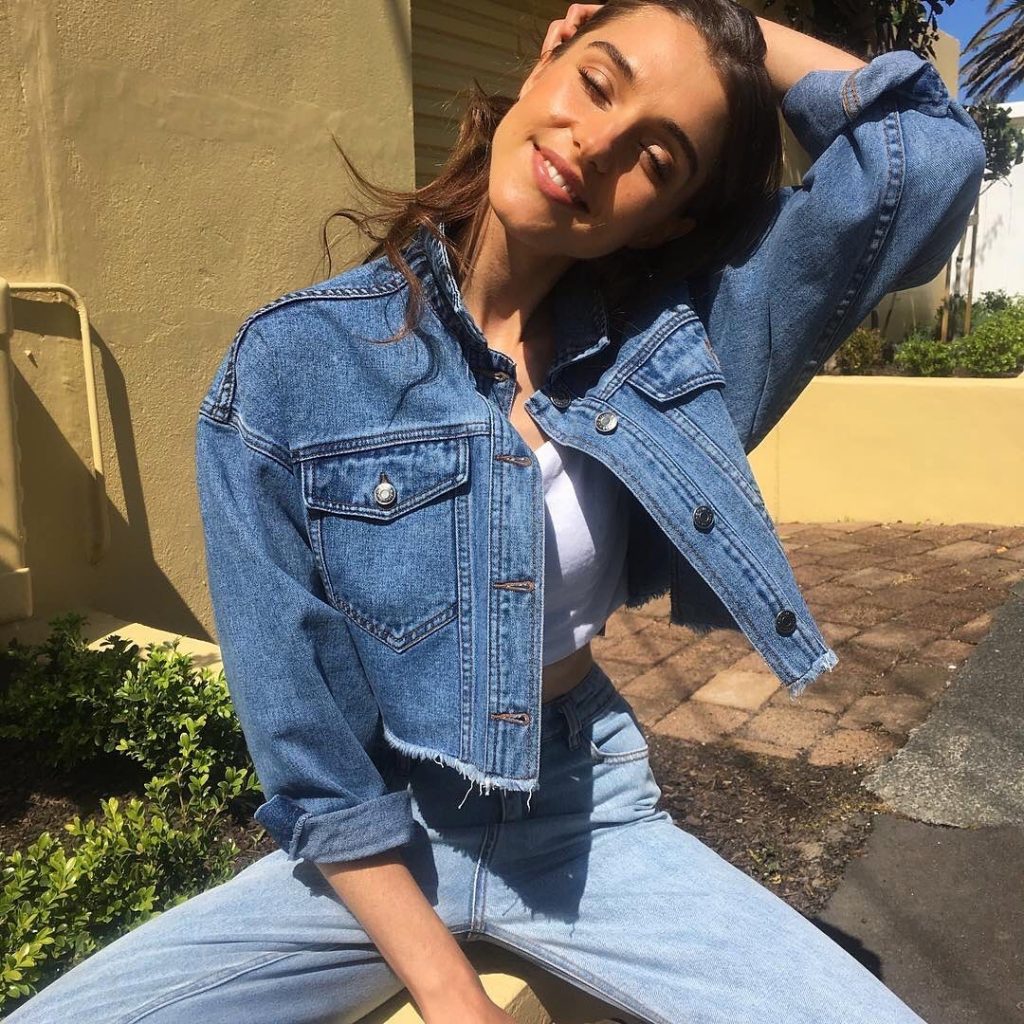 TCI: Who has been your favourite designer to work for?

AS: Ah, yes, I have a few. I think I really enjoyed the way that Viktor & Rolf treated their models when I worked for them. They were splendid, we were beautifully treated. Everyone was dealt with a great level of respect. I also really enjoyed working for Ralph Lauren and Celine.
There’s a German designer, Nobi Talia as well who shows in Paris, she’s a really wonderful woman as well.

TCI: What sort of effect do you think catwalk modelling has on the social concept of beauty?

AS: I think that we need to have far greater diversity than we currently have, not only catwalk but photographic representations of models as well. We need a far wider range of ethnicities, figures and body types, genders and everything under the sun. I think it’s ridiculous, the lack of trans models that we have in the industry. It would be greatly important to have not just one token of diversity which gets thrown in at the last minute. Too often now, a brand will still have 28 slender white girls walking down the runway and at the last second panic-scared they will be called out for lack of diversity, (and they should be), but they then just throw in one model as a token, you know, to be like, oh look, diversity. That’s inappropriate, and I think the whole casting process needs to change. I think the casting briefs need to stop being so exclusionary. A casting director will be given a brief from a designer, about the kind of model that they want to show- For example, the brief could say something like, “androgynous, lanky sort of moody looking, slender, alien vibe” you know, like different things to describe the models that depending on what they’re going for, or the description the casting director could get could be like “90’s bombshell but skinny and with boobs” you know stuff like that so they really strip you back just to a reductive stereotype, to little bits and pieces to fit in with what they want for their catwalk or campaign. I believe they need to start giving the casting directors far broader, and more inclusive briefings for their castings, and not use coded language. So often things like; “I want all my models to have naturally straight hair. I want them all to have certain body types” Therefore, by requesting certain specific attributes like “I want all my models to have naturally straight hair” they’re automatically excluding girls who are black with naturally curly hair. By using exclusionary language they’re almost dancing around the fact that they want white models only. I think it has a big impact on what society sees, and, therefore a lot of people grow up without being represented in the media or on the catwalk and that’s not good enough. We need to have greater representation and range. 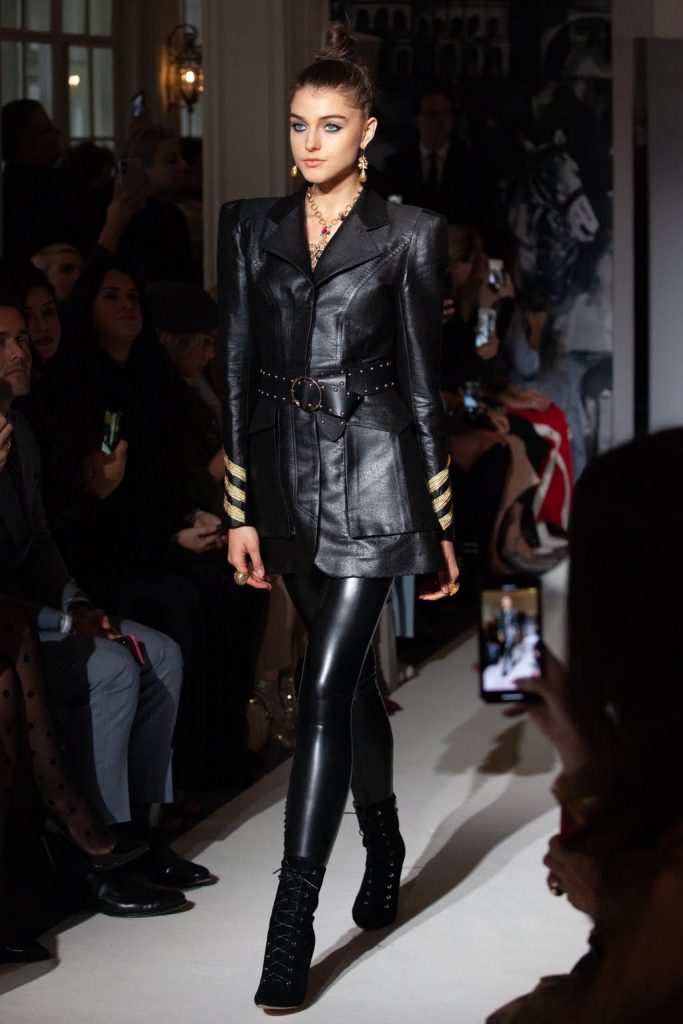 Want to catch up on the latest Adelaide? You can find Adelaide Sines on social media here.