As the excitement for MBFF Brisbane continues to unfold, we speak to emerging Brisbane designer, Isabelle Quinn, owner and designer of IzzQ.Â

After the release of her brand,Â IzzQ, in 2013, Isabelle QuinnÂ is now on her way to making her mark on the fashion world. Â With a collection that takes a fresh look at current trends, Isabelle has enabled her pieces to radiate a timeless aesthetic. As each one-of-a-kind piece shows different formations of angular shapes, her collection has been made to complement the modern day woman’s figure.

Just a young girl from the Gold Coast, Isabelle is one of only a few emerging designers given the opportunity to showcase her collection at MBFF Brisbane’s 10th year anniversary. We speak to her about her journey as a designer and what the future holds for IzzQ.

TCI: How did IzzQ begin?

Isabelle Quinn:Â Accidentally in fact! With a thirst to wear designer clothes on a shoe-string budget throughout Uni, I started making my own clothing. It was just a hobby on the side and filled the need for me to always have something new and individual to wear. I soon realised, I could make a living out of this, which was rad and it’s just grown ever since.

TCI: Did you study fashion design?

TCI: If you didn’t study fashion design was it something you have always wanted to do?

Isabelle Quinn: Not particularly, I’ve always been in love with fashion and creating but didn’t think it would lead to me designing. Born into an artistic family, I was on a sewing machine at the age of 4, so I guess I kind of just fell into it.

TCI: Where is the clothing manufactured?

Isabelle Quinn:Â My clothing is all handmade by my gorgeous mum and myself, though now things are getting busier my next step is to outsource the manufacturing, which i’m really excited about! I’m thinking Indonesia.

TCI: How did you create the name for IzzQ?

Isabelle Quinn:Â It actually took me so long to think of a name, I was so scared I would pick something and three years later hate it! So I chose something close to my name that I couldn’t hate haha. Isabelle Quinn, nickname Izzy, IzzQ BAM!

TCI:Â What is the inspiration behind your label?

TCI: What advise would you give to any other young designers?

TCI: What does the future hold for IzzQ?

Isabelle Quinn:Â I’m really working hard to get into boutiques Australia wide, then hopefully internationally. I also have a collaboration in the pipeline with Mel Tan from Joy Hysteric that we will be releasing in a few months. Apart from this, just really working hard to expand the brand and making it well recognised worldwide.

TCI: Any hiccups along the way?

Isabelle Quinn:Â Not any huge ones as of yet… I’ve had trouble with time and sourcing affordable, unique fabrics but apart from that the process has been pretty smooth, I have been really lucky.

Isabelle Quinn:Â Dion Lee, he is an absolute genius! His approach to design is original and refreshing.

TCI: Any designers you’re looking forward to seeing at the show?

Isabelle Quinn:Â I would have to say Dion of course! I would love to put both brand aesthetics together and see what we would come up with. 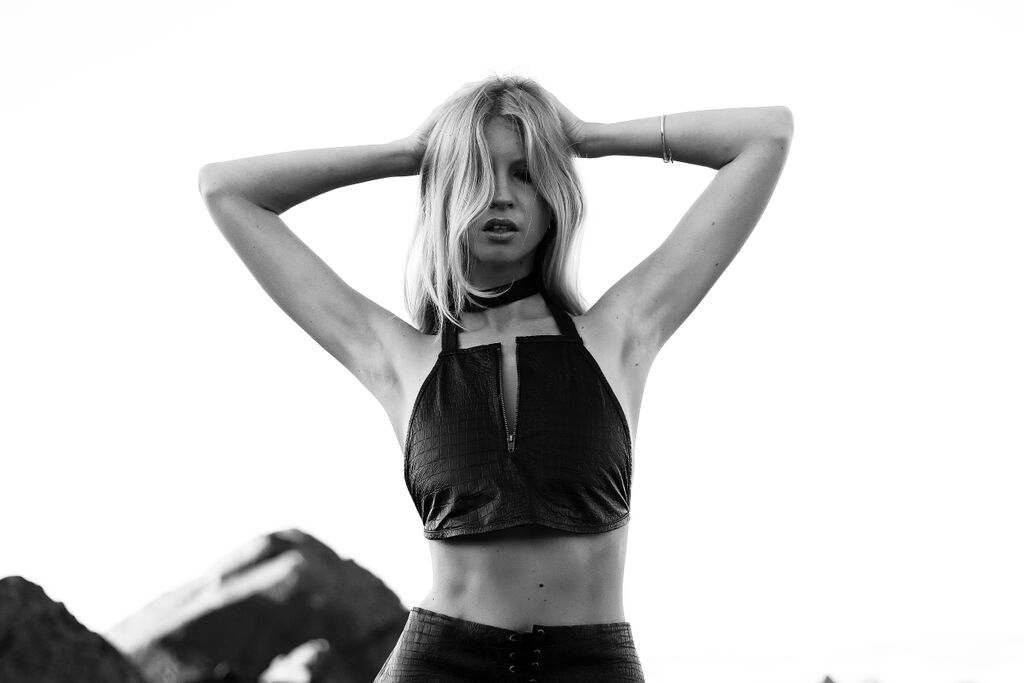 Isabelle Quinn:Â Argh that’s a hard one, I love both but would have to say beach.

Make sure you don’t miss out on seeing IzzQ on the runway at MBFF Brisbane’s 10th year anniversary by finding your tickets here, and you can also shop her pieces on her online store here.