Short+Sweet festival is taking over the Brisbane Powerhouse with bite-sized servings of Brisbaneâ€™s best new theatre and cabaret. We spoke to writer, actor and directorÂ Jack Kelly about the festival and the challenges of ten minute plays.

Short+Sweet boasts theatre from all genresâ€”comedy and drama, musical and cabaret. Itâ€™s a place for creativity and new creative partnerships to flourish, with writers, directors and actors brought together for the festival. Some people, however, can do all three jobs at once. Jack Kelly is one such triple threat in his new Short+Sweet offering Workout Wunderbar. The show, in which he is writer, director and actor, won the Peopleâ€™s Choice Award in its strand, and is now off to the gala finals in August.

The Creative Issue: First of all, tell us a little bit about your show, Workout Wunderbar?

Jack Kelly: Workout Wunderbar is like nothing you’ve ever seen before! It’s a fast-paced, comedic, aerobics workout show run by three very eager and very blonde, lycra-wearing instructors who have come all the way from their home country of Liechtenstein to show the world their revolutionary new workout style; comperciseâ€”a combination of company and exercise! The only problem is, our instructors have a very “hands on” approach when it comes to working out and it’s sometimes a little too close for comfort. And just for good measure, our instructor’s English skills aren’t quite up to scratch either, so without even realising what they’re doing, they drop double entendres and euphemisms left, right and centre. They are, unbeknownst to them, the laughing stock of their own workout regime. But nothing will stop them from making their audience drip with the satisfaction of a workout that will leave them feeling extremely satisfied!

TCI: Of course, the most pressing question is: Liechtenstein and aerobicsâ€”why?

Jack Kelly: Why not!? Haha! The Short+Sweet Festival’s whole purpose is to foster brand new, never-before-seen work and this is about as original as it gets! But in all seriousness, this show first became an idea when myself and my co-stars, Maureen Bowra and Ethan Brinkworth, were at a party one night. We naturally gravitated towards one another and before we knew it, two hours had passed where we had completely alienated the rest of the guests because we’d been off in our own little world making noises, pulling faces, carrying on and generally hyping each other up the entire time. We realised that night that we were all on the same wavelength (probably born that way) and we said that we needed to be in a show together. And so I sat down, wrote one, entered it into the festival and that was that. 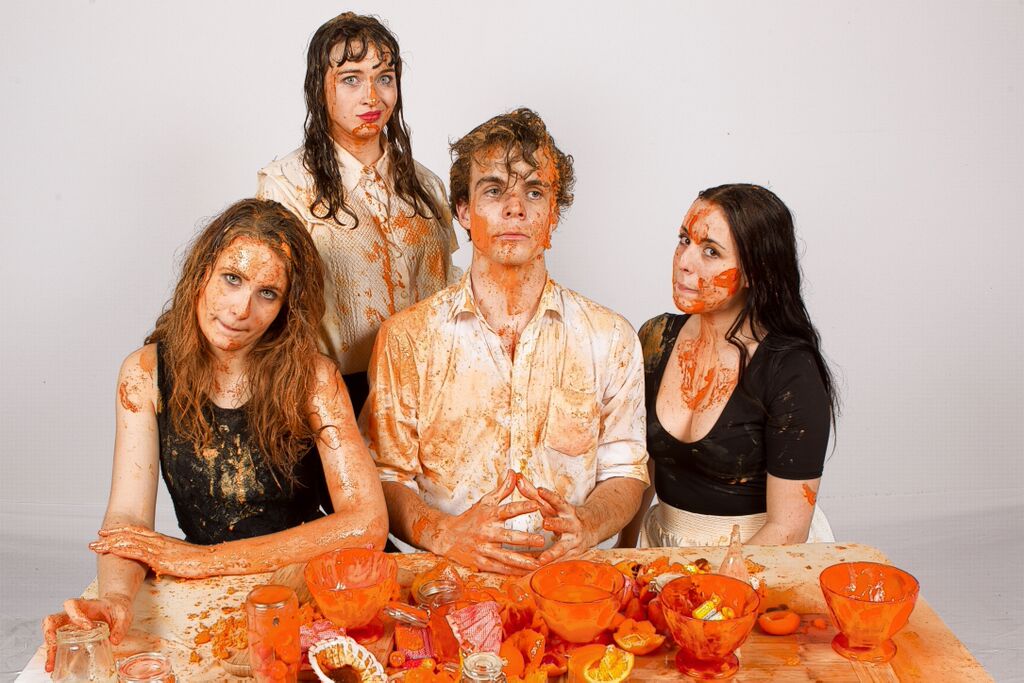 TCI: Youâ€™re a bit of a triple threat in this productionâ€”playwright, director and actor. What is it like putting on a show in which you wear so many hats?

Jack Kelly: It’s actually been one of the easiest things I’ve ever done and to be honest, I knew it’d be that way. And it’s all because of those two crazy kids I get to gallivant around the stage with; Maureen and Ethan. They’ve made this entire process so easy for me. When I was writing the show I knew who I had in mind for the roles so I wrote their voices, when directing, I did make a lot of the decisions but to be honest a large portion of the rehearsals were highly collaborative and so we all offered ridiculous and hilarious ideas at various points and when it came to acting, our general rapport with one another on stage is so natural (it’s literally what we’re like in real life anyway) that it was like we’d been doing the show for years.

It’s been so much fun and I’ve loved being a part of every aspect of my own show. It’s an amazing feeling to be with it all the way from page to stage.

TCI: What has taking part in Short+Sweet been like for you?

Jack Kelly: It’s been an absolute pleasure to be a part of Short+Sweet! The overall festival is great and very well run. But more specifically, the Brisbane Short+Sweet team are, quite honestly, some of the best in the business. It was like striking gold! Right from the get-go I felt supported and comfortable. I knew when deadlines were coming up, I could contact people for help at any point in time, they made tech week an absolute breeze and most importantly they listened to our show’s needs and made them a reality.

Short+Sweet is a great platform for any artist, wherever they may be in the career, to jump in and have a go at something completely unique and in its own element. There’s nothing like it.

TCI:What do you think are the greatest challenges (and opportunities!) for creatives in Brisbane today?

Jack Kelly: Yikes! What a question!

I can only speak from my perspective but I believe one of the best things happening in Brisbane is the support of emerging artists and their work. There are so many new avenues that are popping up all over the place to help foster new faces and new ideas. From grants to mentorships to independent seasons, there really is a plethora of opportunities for emerging creativity.

As far as challenges in Brisbane go, I’d say one of the biggest ones would have to be knowing how to be successful in the creative industries, whilst residing in a city that doesn’t necessarily offer a lot of paid work in that area. Sitting back and relying on roles/gigs/jobs/contracts to come to you is a sure-fire way to end up hating your career in the arts. You won’t last long and you’ll end up resenting your choices. You need to be diverse enough to keep yourself ticking over in a lot of different facets of the industry, not just one. Don’t just be an actor, be a producer as well. Don’t just be singer, be a composer too. And on top of that I believe you need to be making your own opportunities and your own work as much as possibleâ€”think ahead and be smart with your time. Make the most of what you’ve got. If you do these things you’ll be busy, you’ll be well-rounded and you’ll be better respected because of it. 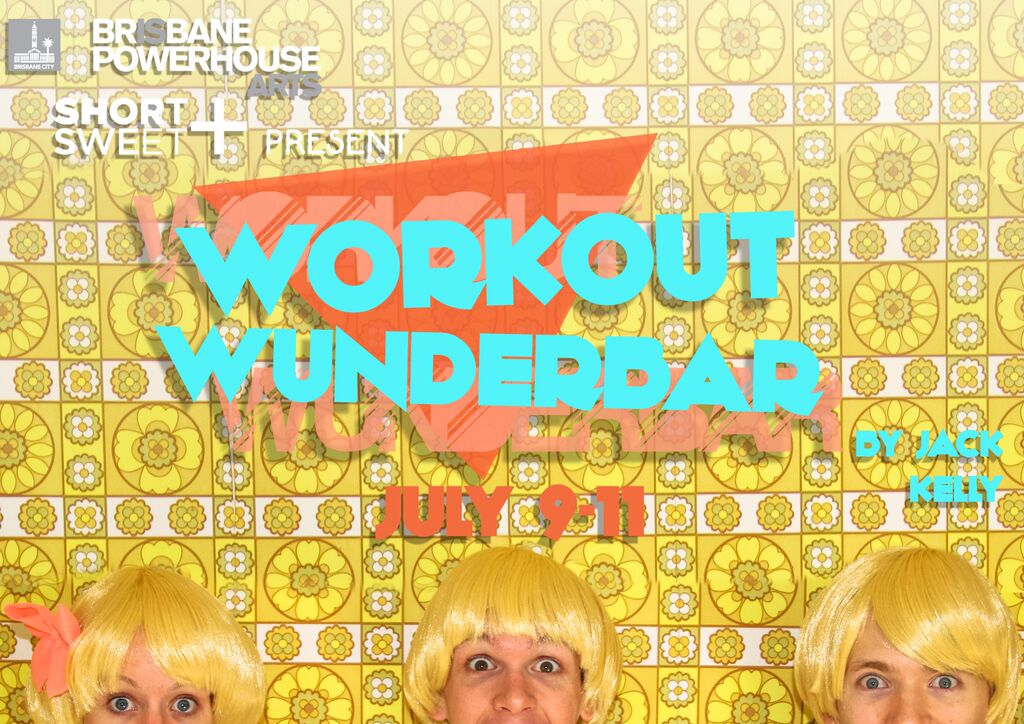 TCI: Finally, do you have any advice for next yearâ€™s festival hopefuls?

Jack Kelly: I am definitely no expert in this area but a few pointers would be…

Try to keep your idea clear, concise and give it a unique voice! With so many different shows appearing on any one night you need to let the audience know what they’re watching right from the get-go. It needs to have its own essence, its own vibe and it has to leave a lasting impression. So go big or go home and don’t be afraid to push the boundaries!

Another point to remember is you only have ten minutes and they go a lot faster than you’d think! So when you’re choosing a script to write or direct, make sure your product can get its point across quickly and effectively. The audience should be up to speed with what’s happening within the first thirty seconds. Otherwise you’ll spend too much time on exposition and not enough time on story development. Try to show, rather than tell.

And lastly, I think Short+Sweet is a perfect platform for comedy. If it’s your first year going in, stick with a comedy. Everyone loves to laugh and it’s takes a lot less time to make someone laugh than it does to make them cry.

Short+Sweet festival is on now at the Powerhouse, and the very blonde, very handsy Liechtensteinians of Workout Wunderbar will be back for the gala finals in August!

For more information about the festival, go to the official website here. For tickets, head on over to the Brisbane Powerhouse page here.