TCI. What can we expect from the puppetry festival this year?

Jacob Williams – You can expect a wide range of diversity from some very skilled artists. The puppetry community all dabble in different art forms, so you can expect to see many wonderful things, like a three dimensional story book. We have adjusted the festival to have a childrenâ€™s program and a separate adults program, although adults are more than welcome to the childrenâ€™s performances.

TCI. I see you have travelled internationally, what stands out about Melbourneâ€™s puppetry scene?

Jacob Williams –Â Melbourne is a strong cultural hub for all kinds of artists. The puppetry community is no different. I feel as if all puppeteers are separated by 8 degrees, we are all aware of each other. Some cities, such as Bangkok, have a larger community. The Melbourne scene is small but vibrant. We have bigger companies such asÂ Creative Technology CompanyÂ that help support the smaller arts organizations. Â Our community is very supportive with a strong international focus. 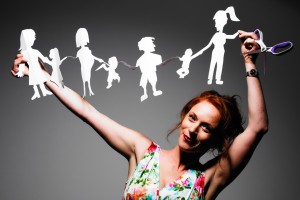 TCI. What is the biggest challenge with putting on a festival like this?

Jacob Williams –Â We havenâ€™t really come across any big challenges. Itâ€™s been almost too easy. Weâ€™ve been very fortunate with having La Mama as a partner. La Mama has such a strong focus on supporting independent theatre, which is great, as we donâ€™t really have that many resources. The challenge is the marketing side of the festival. Getting bums on seats. Getting the outside communities interested. We have made the ticket prices affordable and are working on getting the word out.

Jacob Williams –Â ‘Picasso and his dog’ is Lemony S puppetryâ€™s latest work, which will come out in 2016. We have been working on it for about three years and are lucky to be supported by the Australian council. Â It is basically about artists who have animals as muses. Picasso had a dog named Lump, who appeared 46 pieces of his art work, so our piece is centered on this relationship. 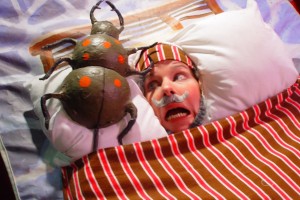 Jacob Williams –. A childâ€™s imagination allows them to believe what they see on stage, it isnâ€™t hard to convince them a piece of wood is a dragon. Â Adults are much more cynical; it takes longer for them to make-believe and get emotional about a piece of wood. There is an active role of duality with puppeteers. We manipulate an audience to see a real thing. Itâ€™s a certain trickery I suppose. Almost like mischief. Suspending oneâ€™s disbelief is all about forcing an audience to use their imagination, to get pulled into a different sort of reality.

For more information about the festival, go to the official websiteÂ here.